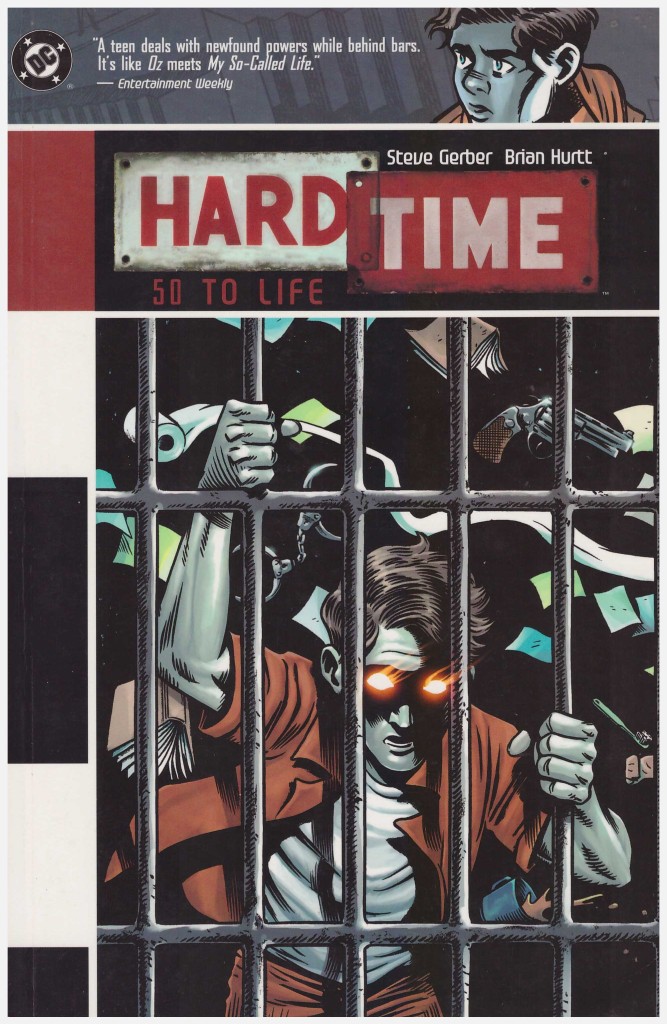 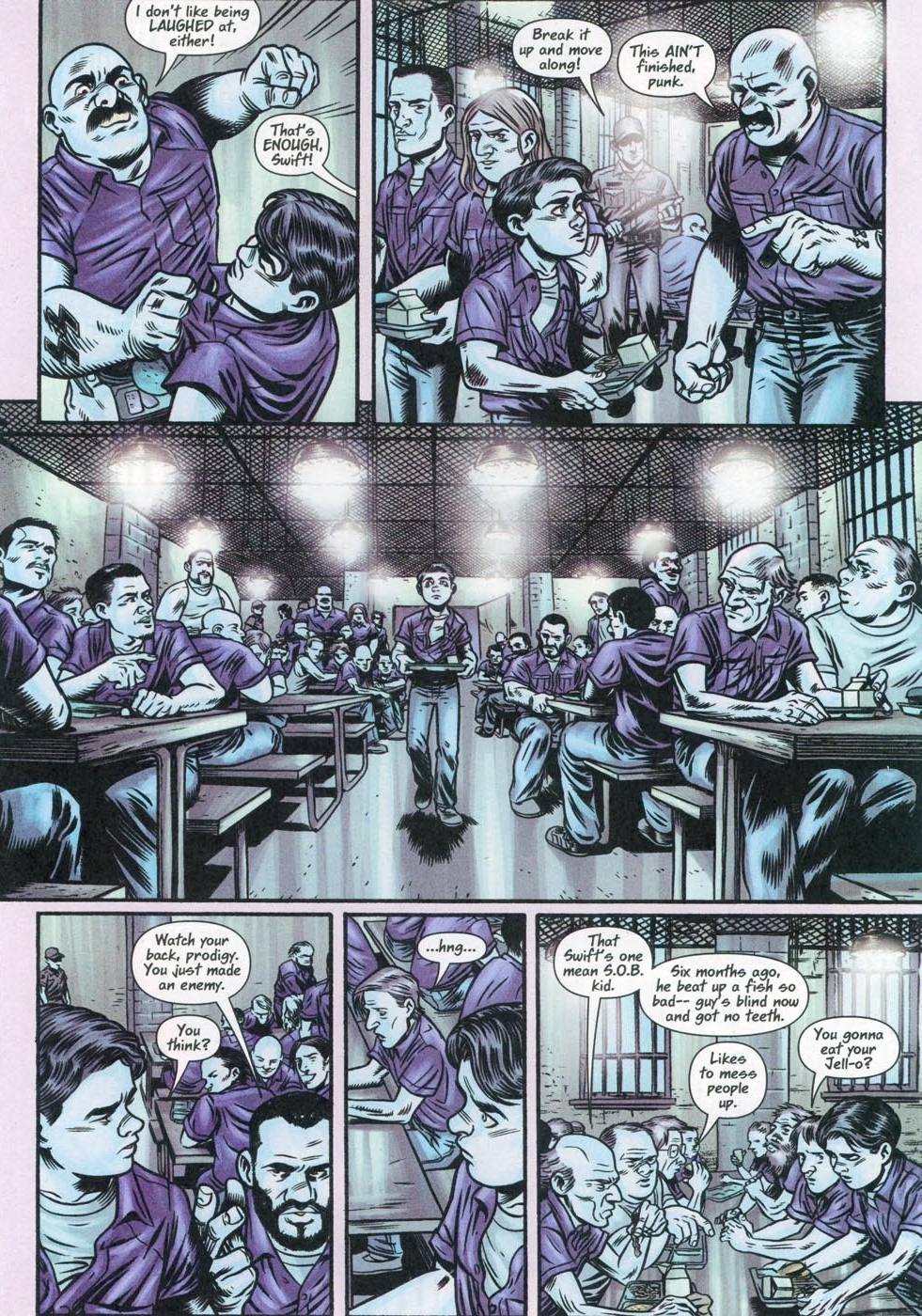 Hard Time was maverick writer Steve Gerber’s final sustained comic series, and it’s among his best, making it a great shame that it’s all-but forgotten a mere decade after publication, and the final issues have never seen a collection.

Gerber distilled his social conscience into an eminently readable narrative with a sympathetic lead character. It’s no coincidence that the school attended by Ethan Harrow is Caulfield High, the name evoking one of literature’s great outsiders. He’s one of a pair of kids who’re perpetual targets of the school jocks. Under masks and with guns they stage a raid on their school, planing to instil the same fear and dread they experience daily in their tormentors by using pistols loaded with blanks. Unfortunately for Ethan his colleague Brandon takes things a step further.

Gerber’s indictment of the American justice system follows. Although Ethan shot no-one and attempted to stop his friend, as the only survivor of this prank gone terribly wrong he’s held responsible, and tried as an adult for the murders his friend committed despite being only fifteen. He’s sentenced to fifty years in a maximum security penitentiary among hardened killers.

Yes, there are similarities to the situation of drunken driver Tobias Beecher in TV show Oz, but Ethan takes a very different journey, not least because during his traumatic event he discovered a form of super power. This is a sort of destructive psychic manifestation of his inner rage, which only emerges when he’s sleeping or in great emotional turmoil. It protects Ethan in jail, but this is the least convincing aspect of the series.

The cast features several prominent members whose type will be familiar to followers of prison drama, all well handled by Gerber, but others are ferried in from elsewhere. In the case of the particularly demented Preacher, this is from the darkest portions of Gerber’s brain.

He has a sympathetic and talented collaborator in Brian Hurtt. His artwork is naturalistic, and he’s excellent at providing variety to what might otherwise be repetitive scenes in similar settings, as after the opening chapter the entire book takes place in prison.

Considerable TV experience feeds into the writing, but in his blog at the time of publication Gerber noted Mary Skrenes contributed to Hard Time from the start, but for some arcane contractual reason remained uncredited.

Harrow is oddly named Chiles on the back cover, and the series continues in Hard Time: Sixteen.