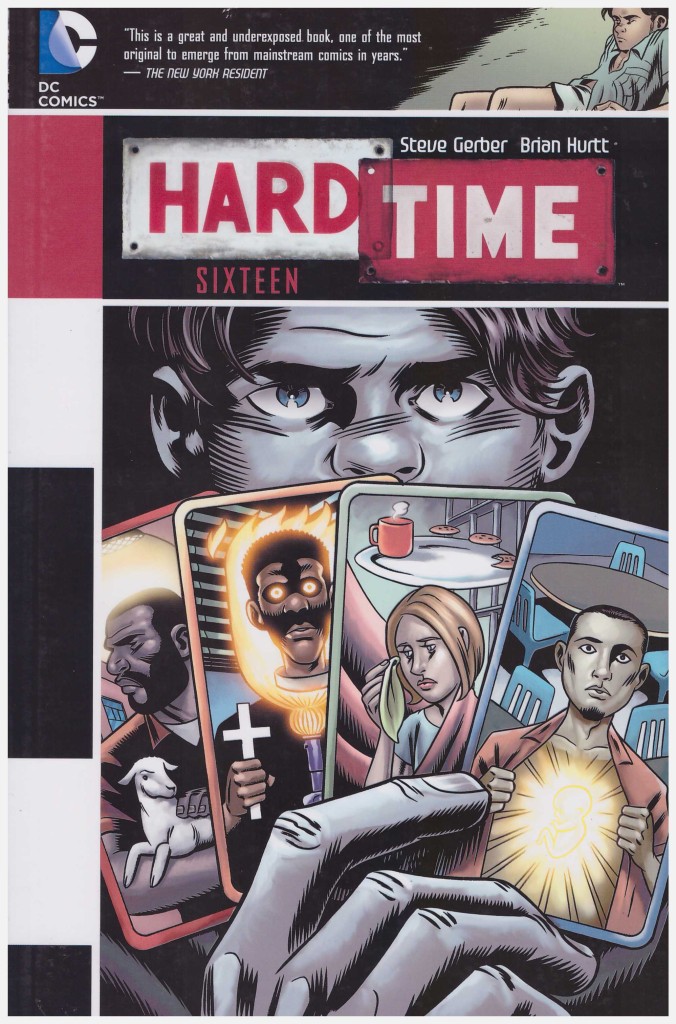 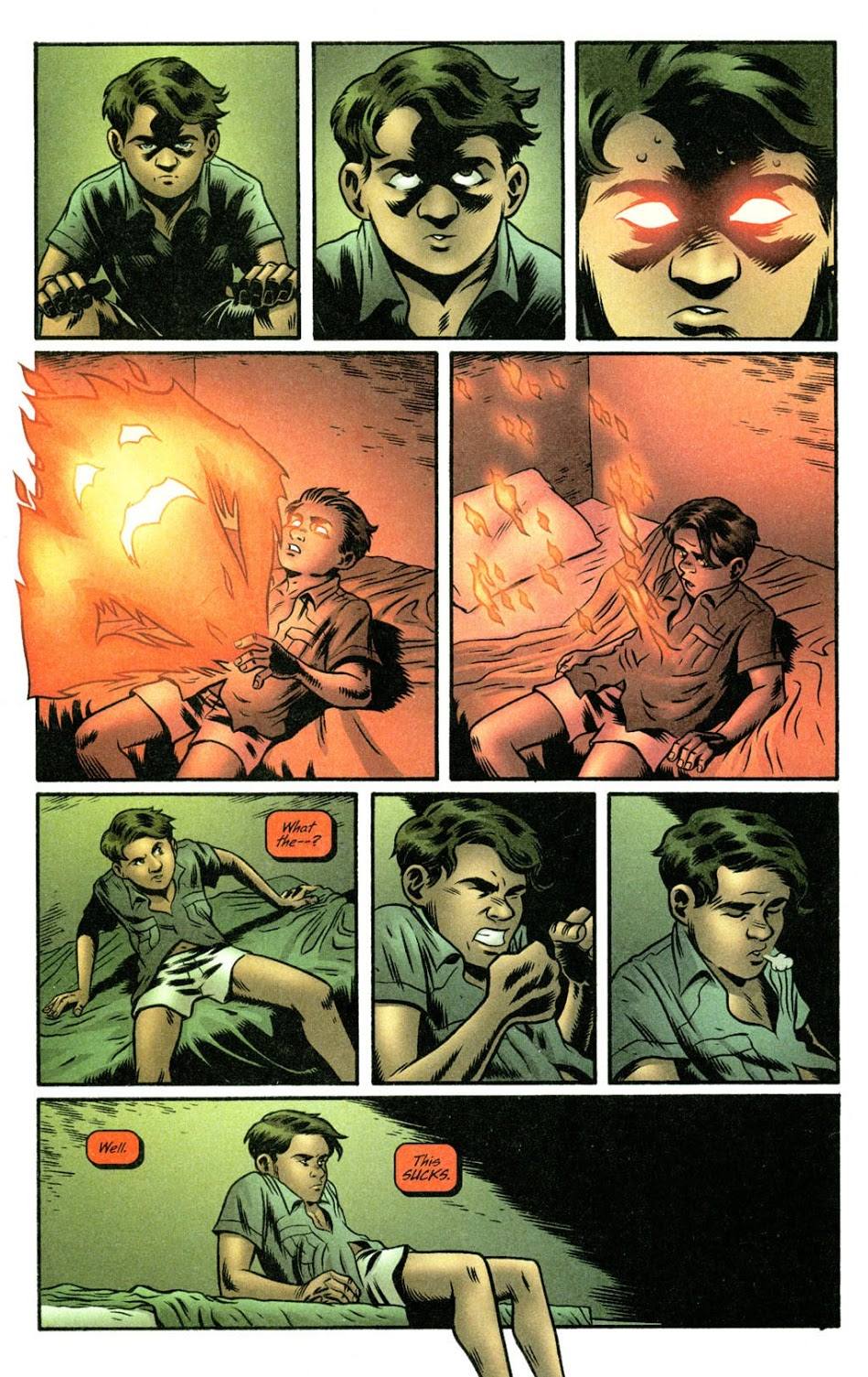 In 50 to Life fifteen year old Ethan Harrow was incarcerated in a maximum security prison as the only surviving instigator of a revenge prank that went horribly wrong. Despite his gun being loaded with blanks, he was considered equally culpable of the murders committed by his friend and tried and sentenced as an adult.

In most circumstances Ethan would be easy prey for the assorted dangers to society caged with him, but he is somehow able to manifest a deadly power from within, and a few demonstrations have assured his immediate safety.

The opening volume of this drama was set almost exclusively within prison walls, but here writer Steve Gerber and his uncredited co-writer Mary Skrenes open the view a little. There are glimpses of Ethan’s mother and her home life, of one of the survivors of the high school massacre, a surprising relation to one of the inmates, and how some gang members outside avoid hospital yet still receive medical treatment when required.

With Harrow in solitary following events of the previous volume, the opening chapter serves as a tour of the other inmates, some returning after previous events. As previously, there’s a sense of TV drama pacing and polish, and while comparisons with Oz may appear inevitable, by virtue of its protagonist Hard Time is very different. Harrow does learn more about his inner presence, which has a long history, and as such comes across as integrated into the narrative rather than the convenience it appeared in the first volume.

This book reaches a natural conclusion, a fine poignant moment, actually, but the final curtain was drawn in Hard Time Season Two, six comics remaining unavailable as a collection. As this volume only limped out seven years after the series concluded, breath should not be held pending book publication, but the remaining comics are recommended to anyone who enjoyed this series.