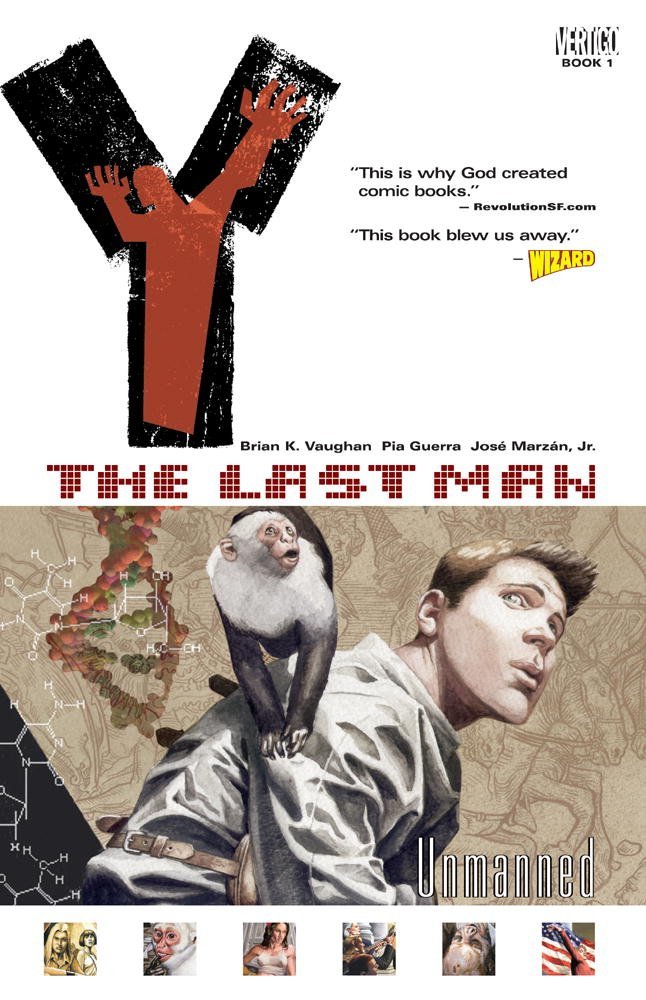 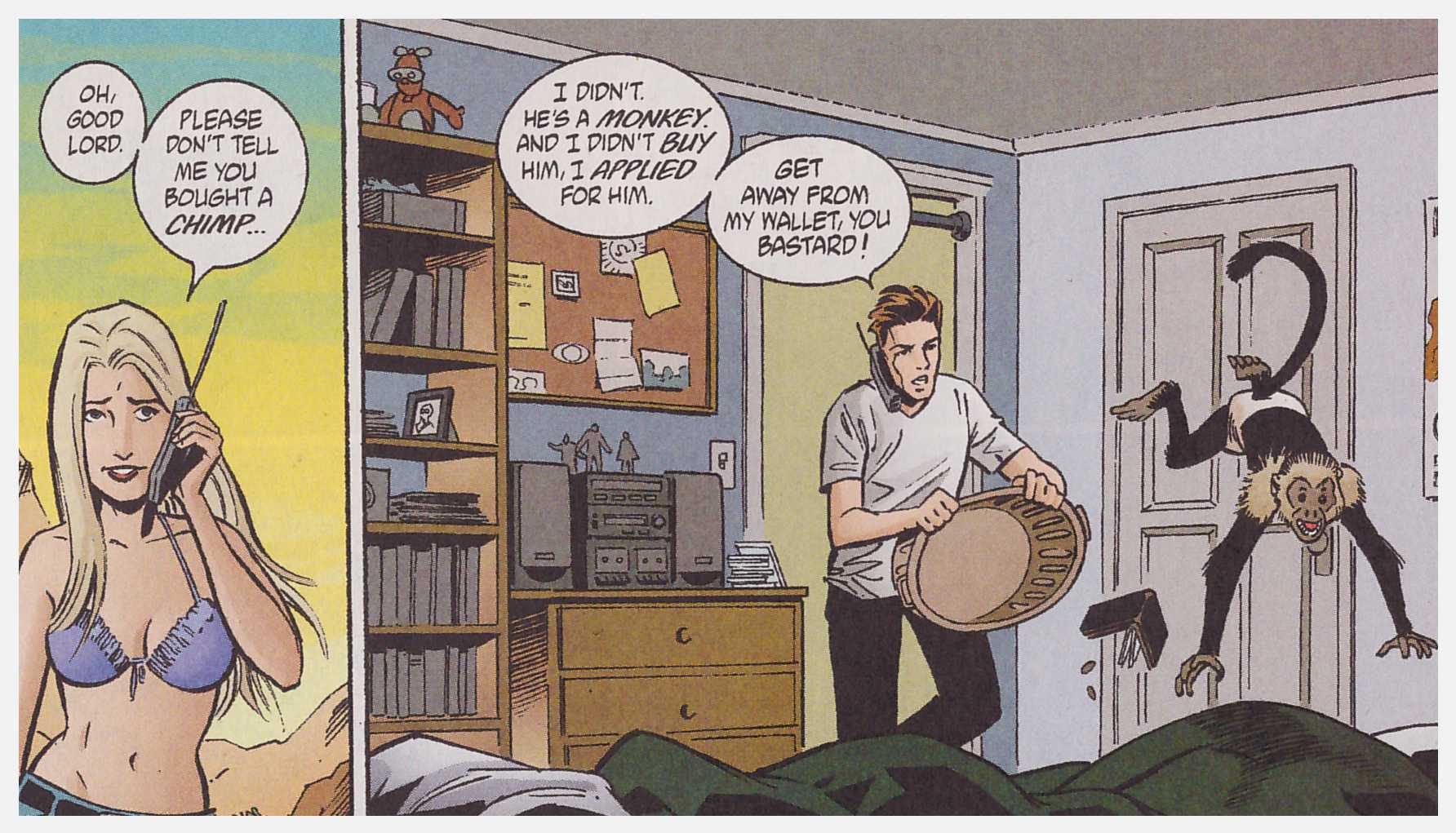 As guys go, twenty something Yorick Brown is relatively unremarkable despite coming from an over-achieveing family. He seems decent enough, his heart’s in the right place, he’s resourceful, charming, loyal, has an English degree and his hobby is escapology. All things considered, there could be many worse examples of manhood remaining the sole surviving representative of their gender after a mysterious and instant plague kills every other male human, animal and insect on Earth. Apart from Ampersand, the Capuchin monkey in a nappy that Yorick’s agreed to look after.

Brain K. Vaughan sets up his opening chapter very adroitly, feeding several nice touches into his scripting and dotting about the world, dropping in on seemingly random women all of whom have a part to play as the series continues. There’s single-minded geneticist Alison Mann, based in Boston; Beth Deville, Yorick’s girlfriend on an anthropology field trip in Australia; congresswoman Jennifer Brown, Yorick’s mother; Paramedic Hero Brown, and Colonel Alter Tse’Elon, an Israeli army officer. The most compelling character isn’t named, a situation that prevails throughout, as she’s referred to as Agent 355, working for what appears to be an extremely covert US government agency. She’s trained, lethal and efficient.

Yorick spends the first few months after the plague in heavy disguise as he makes his way to Washington and his mother. The former Secretary of Agriculture, as the highest ranked female official before the disaster, is now the President, but not everyone sees that as a continuation of a prescribed process. “Do you people have any idea what’s going on outside Washington? Looting and mass suicide and cannibalism for God’s sake!”, rants the wife of a former Republican senator.

Pia Guerra’s layouts are effective, but in this introductory volume she slots into the one face fits all school of comic artists, with the cast distinguished by hair colour and glasses. This problem dissipates as the series continues. It should be noted, though, that many far more highly regarded and better known artists wouldn’t be nearly as effective in delivering a world where no-one wears a costume. And there’s a particularly effective visual device closing the book.

By that point Agent 355 and Yorick are in Boston with Doctor Mann, and some new realities of a world without men have been shown. Distressingly, violence and lust for power is still on the agenda. It’s all very intriguing, and a concept that grabs from the start. The obvious question is why did Yorick sutvive, and that answer, good though it is, is a long time coming. Not until volume five, Ring of Truth. Put that to the back of your mind, go with the flow and explore this new word along with Yorick. 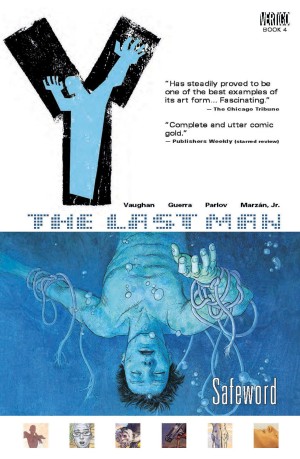 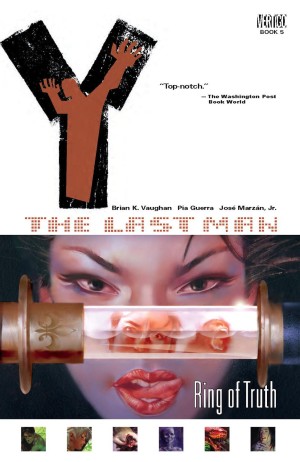