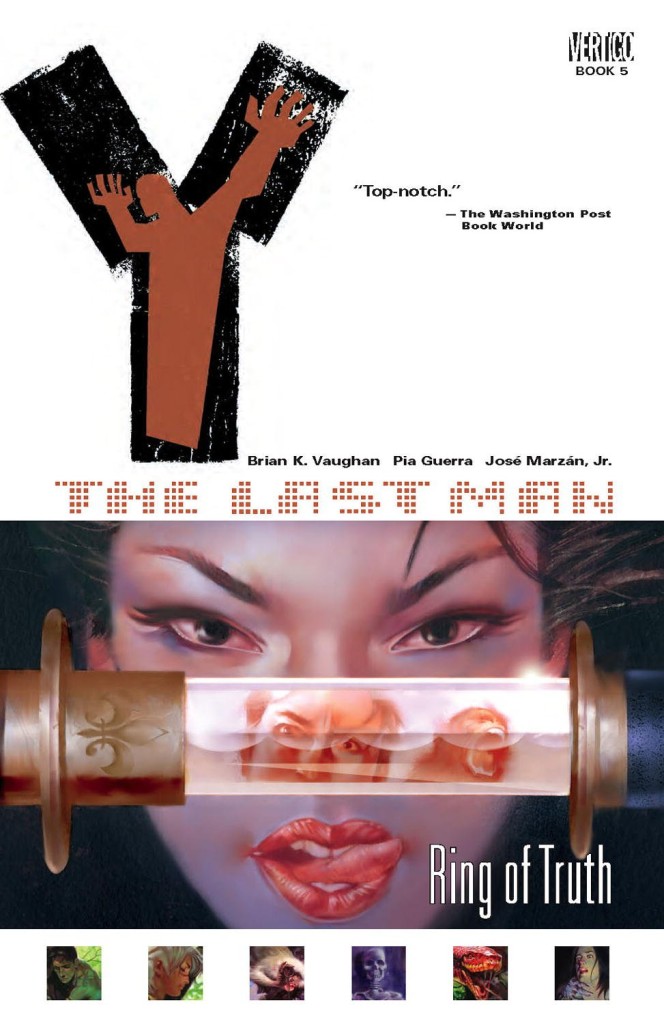 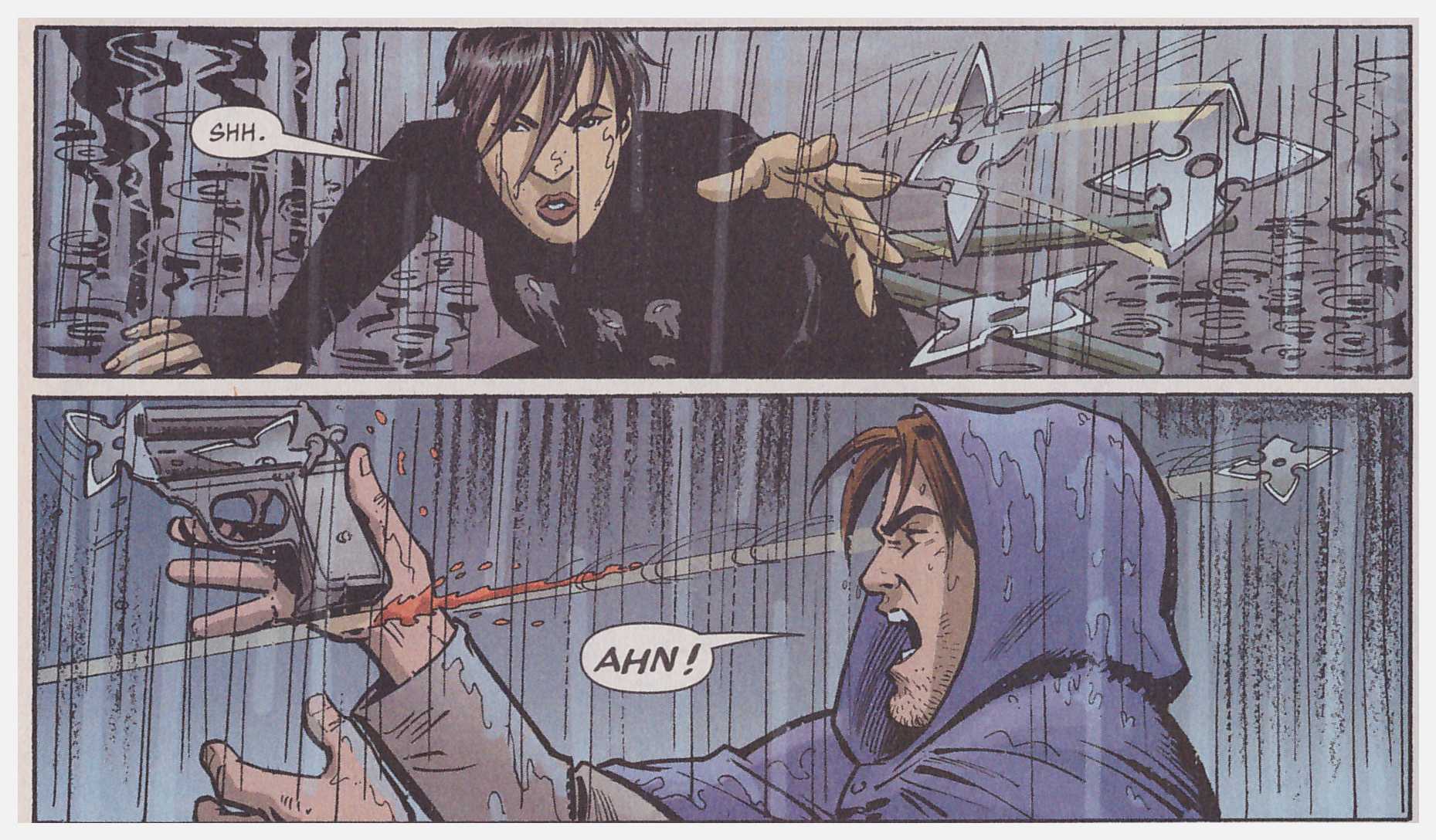 In considering his appeal to women the last man on the planet’s self-deprecation shines through. “I combine the worst attributes of the adolescent boys who teased them and the middle-aged husbands who left them”.

Since the disaster that killed all men bar Yorick Brown he’s been single-minded about locating the woman he’d intended to marry, Beth, at the time in Australia. Yet, he’s haunted by events that occurred in Safeword, and seeks temporary refuge in a church to come to terms with himself. It’s inhabited, by another Beth, and mixture of lust, need and guilt has the same consequences it would in the real world. Brian K. Vaughan then twists the knife of conscience by supplying the first glimpse since the opening chapter of Beth Deville in Australia.

Vaughan’s always used the series to debate elements of current society, and here the narrative ventures into the polarising territory of theological belief.

The story that gives the volume its title concerns the ring with Yorick intended to propose and the organisation to which Agent 355 belongs. He’s previously made reference to a belief that it’s the magic of the ring that’s kept him alive, and that’s put to the test when it’s taken from him.

At this stage it’s probably not giving too much away to reveal that the earlier meeting between Yorick Brown, the last man on Earth, and his older sister Hero wasn’t a loving family reunion. Childhood issues lingered far longer than they should, and Hero’s very much a changed woman. She’s been charged by her mother with tracking her brother, yet she in turn is being tracked.

Pencil artist Pia Guerra turns in her usual fine pages, and there are quite the multitude of different environments here, along with several new characters with a long term part to play. This is the longest Y: The Last Man collection to date, but it packs a lot into the pages, including the revelation of what it was that kept Yorick and Ampersand from dying along with all the other males on Earth. 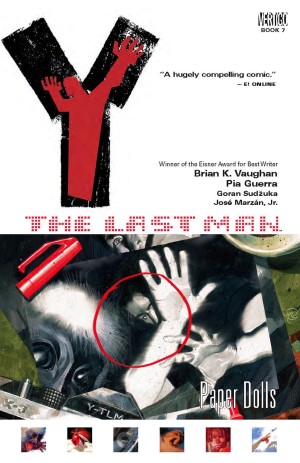 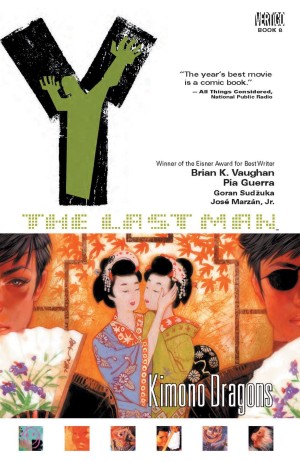 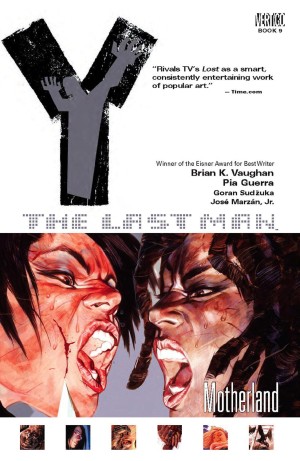