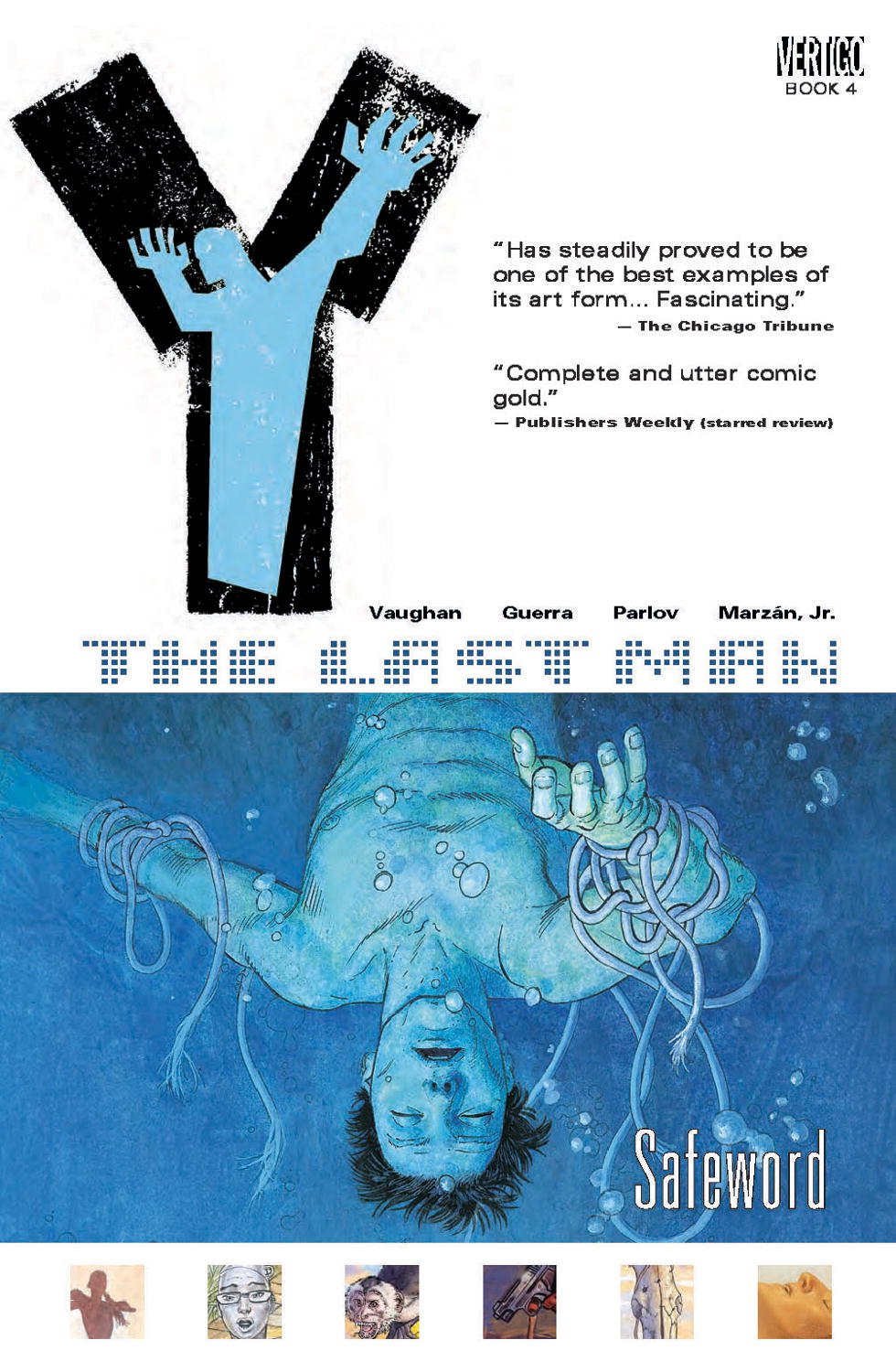 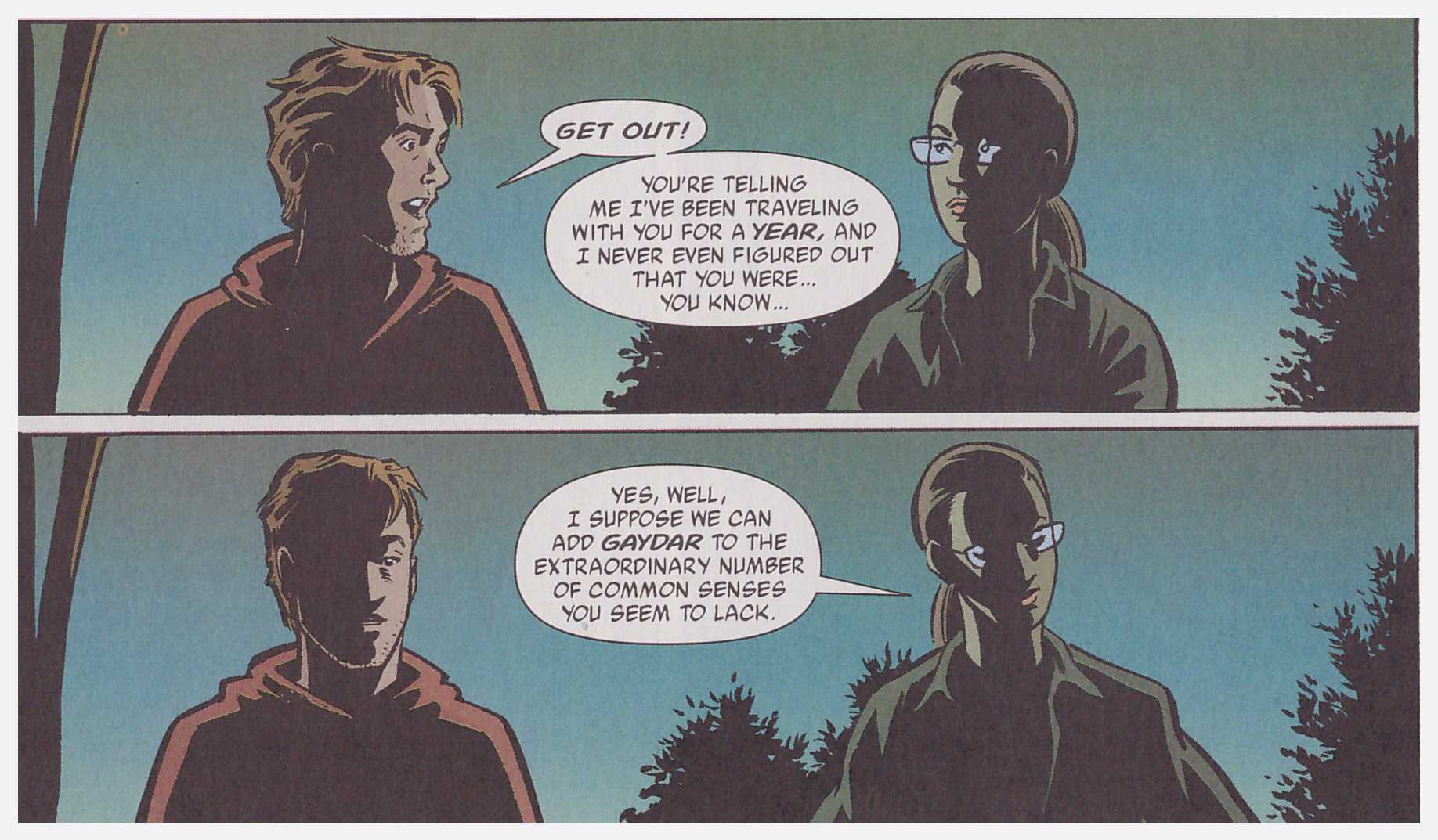 Over three volumes to date Y: The Last Man has headed down some very strange avenues, as Brian K. Vaughan has delivered some fine cliffhangers, yet even letting you know in advance isn’t going to prepare you for the jaw-dropper ending the first chapter here. Suffice to say that wherever you may guess the story will lead, you’re not going to end up where it does.

Ampersand requires medical treatment after the events of One Small Step, but walking the only man left on the planet around a hospital hardly meets the brief given to Agent 355 of keeping him safe. So while she and Doctor Mann head for the hospital, Yorick is left in the care of one of Agent 355’s former Culper Ring colleagues. This leads into a three part tale in which Yorick reveals much he’d prefer to keep to himself, and Vaughan reveals much about Yorick, explaining his actions in certain situations. He simultaneously maintains the tension about where Agent 355’s ultimate loyalties may lie.

Over the two tales here we also learn a lot more about Alison Mann, the way she sees the world, and how her mind works under pressure. She’s not placed under the microscope in the manner of Yorick, with her revelations seeping out during the course of the story, but the insight is just about equal.

There’s much fine writing in Safeword, not least Yorick recalling a visit to his Grandfather in a nursing home when a child. On being informed women live longer than men he asks why. “Cause they suck all the godamn life out of us”, responds his grandfather. “Ain’t nothing worse than ladies in numbers. Someday you’ll understand.” It’s a trick Vaughan’s pulled before, yet he manages it well, and it always raises a smile.

He switches his storytelling for the more action oriented second tale here, in effect a game of chess between two opposing strategists. In Arizona a major thoroughfare has been closed by a group of women believing the plague that killed all men was a form of federal plot. There are only eight of them, but these are no rural hicks, having previously seen off a dozen Texas Rangers. On the other hand there’s Agent 355, a very capable woman herself, and with a need to reach California. It prompts a further step in Yorick’s evolution, one he attempts to come to terms with in the following Ring of Truth.

The art team of Pia Guerra and José Marzán Jr is back for the entire book, again managing a fine job ensuring that plots largely dependent on dialogue for progression are presented in a manner that prevents them looking dull.