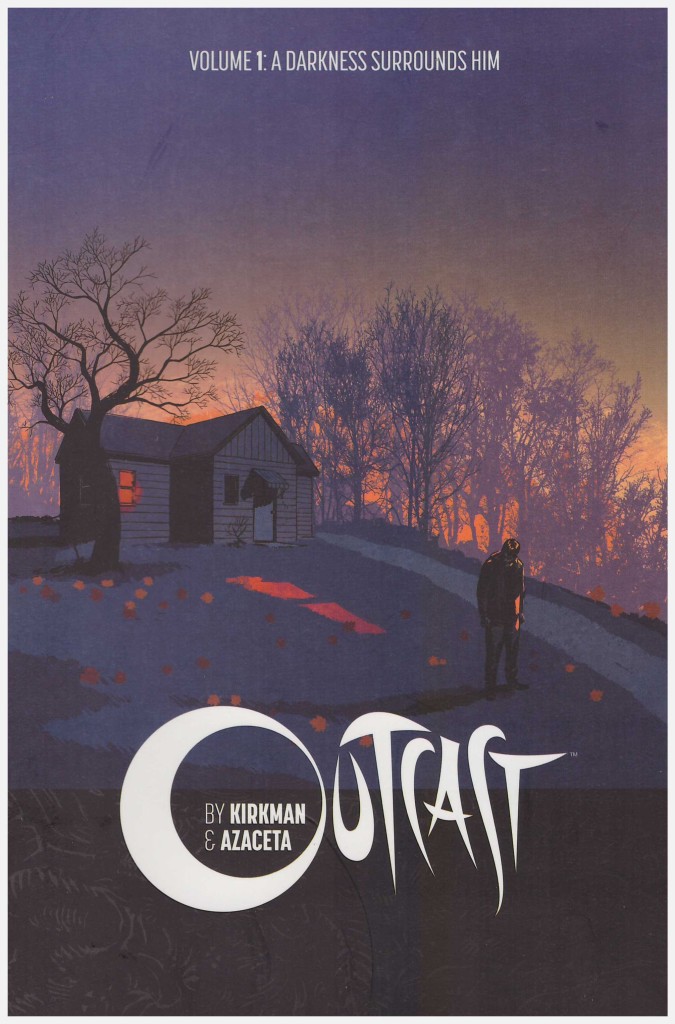 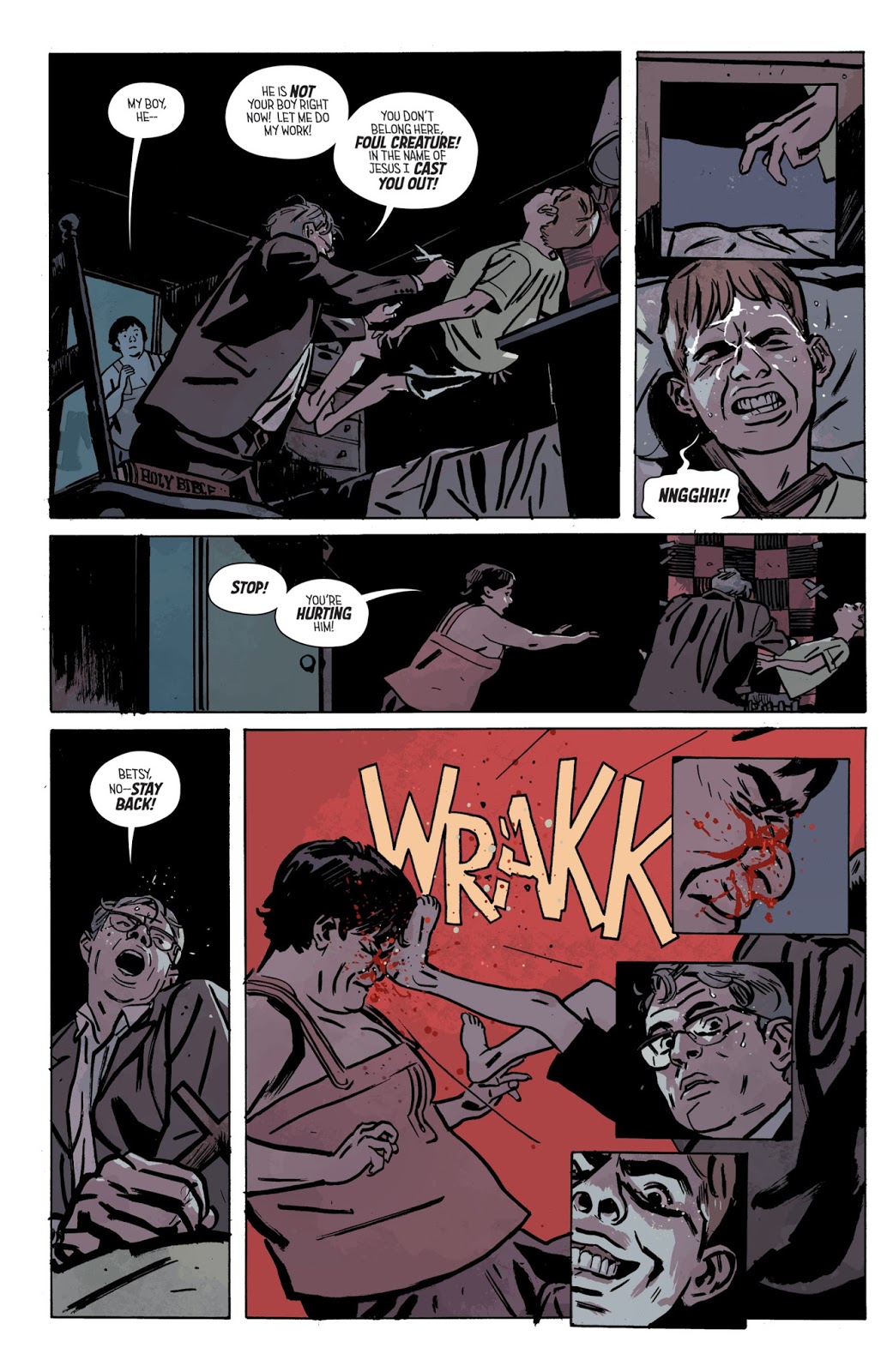 That Robert Kirkman, he’s a real throwback. These days most comic writers tend to locate their niche and settle in. There’ll be some initial scrabbling around, but most don’t leave that comfort zone. Not Kirkman. Right from the start of his career he’s thrown his hat into various rings and made a success of each genre. The soaraway success is, of course, The Walking Dead, and Outcast is Kirkman’s second entry into the horror field, but it’s a very different form of horror.

The focus is Kyle Barnes, who’s spent several years isolated after tragic, but never specified, circumstances involving his wife and child. Most believe him to be responsible. “You hurt your little girl, and now you’re not a daddy anymore”, states his young nephew in the opening chapter, reflecting how most see him. He’s orphaned, which may or may not have a later significance, and his hardships began as a child when his foster mother’s behaviour suddenly changed. The only person who’s stood beside him throughout is is his foster sister Megan, a matter that’s an issue for her policeman husband.

In the present day Barnes is lured from his self-imposed exile by the local minister wanting him to perform an exorcism on a young boy. Reverend Anderson is more open-minded than many of his ilk, and unconventional in other ways – he tops up the church roof fund with his poker winnings.

Kirkman’s characters intrigue, and set up is good, with a TV drama pacing, which is just as well as Outcast has already been picked up and cast. Barnes wanders from person to person helping some, offending others, but there’s no consistency. In turn he’s being observed, and during the course of the six chapters reproduced here he’s twice referred to as ‘the Outcast’, with the indications being this is an official status of some kind. Little is revealed over these half dozen chapters, but there’s always enough to drag the reader to the next of them.

Paul Azaceta is a magnificent artist. His style verges on cartooning, but without the exaggeration, yet simultaneously harkens back to the classic era of newspaper adventure strips, and it’s possible to know the emotional experience of every cast member through Azaceta’s illustrations alone. Much of the set-up is about mood, supplied by colourist Elizabeth Breitweiser in dark and muted tones. There’s little light in Barnes’ world, and so it is with this depiction of it.

There are some pretty horrific scenes (if taken at face value), which makes Outcast a title to be avoided by the squeamish, but those who enjoy Kirkman’s style for The Walking Dead should find more of the same here. A Vast and Unending Ruin follows. Alternatively, all eight volumes are found as Outcast: The Complete Compendium. 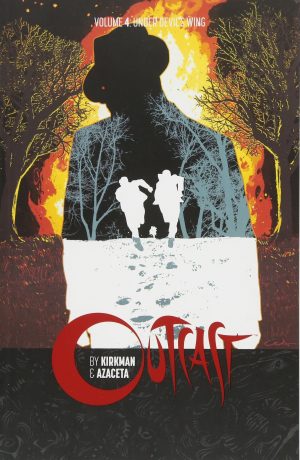 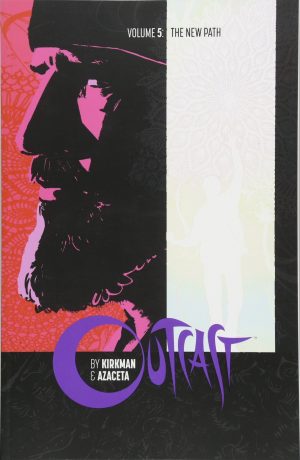