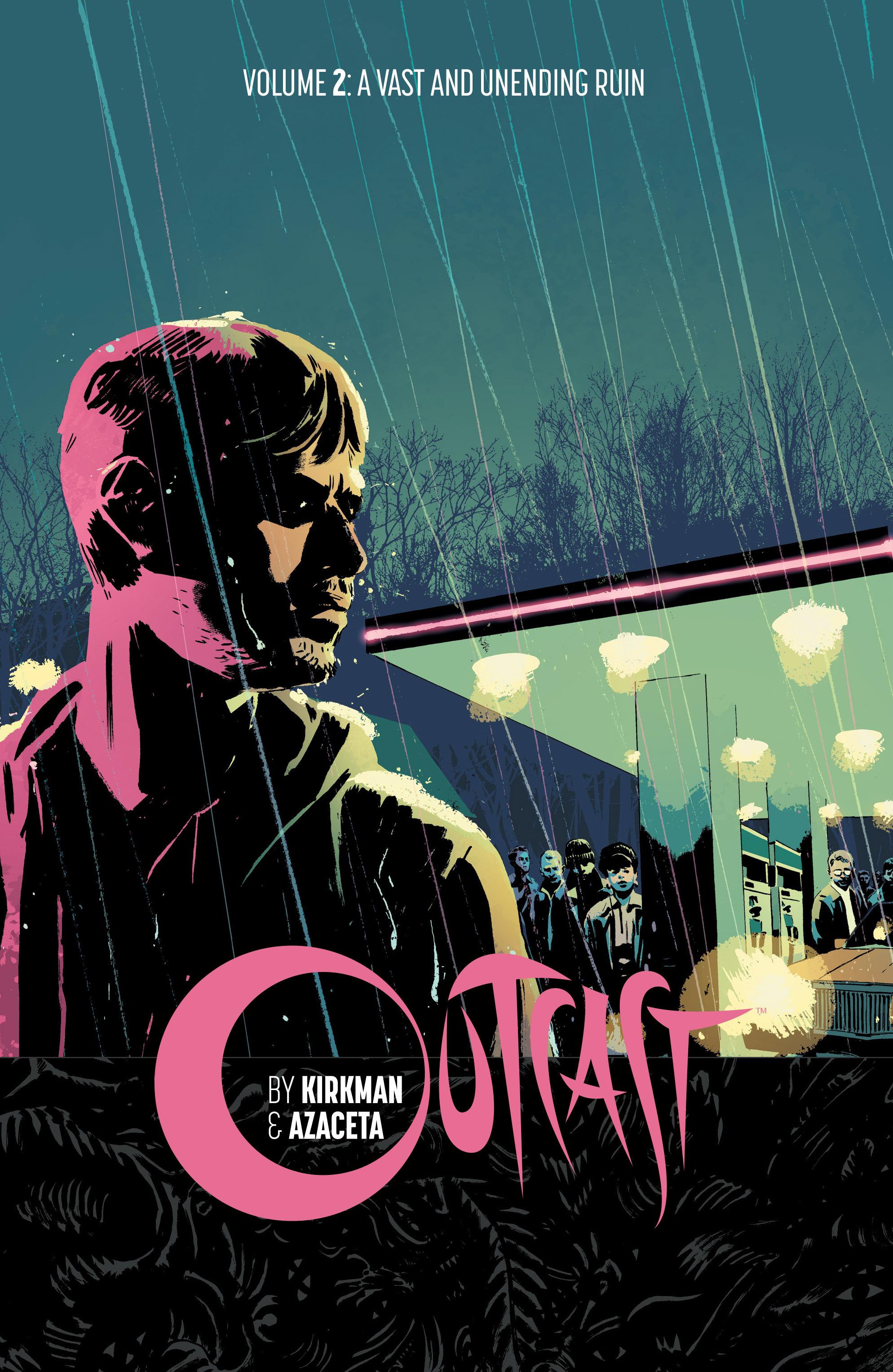 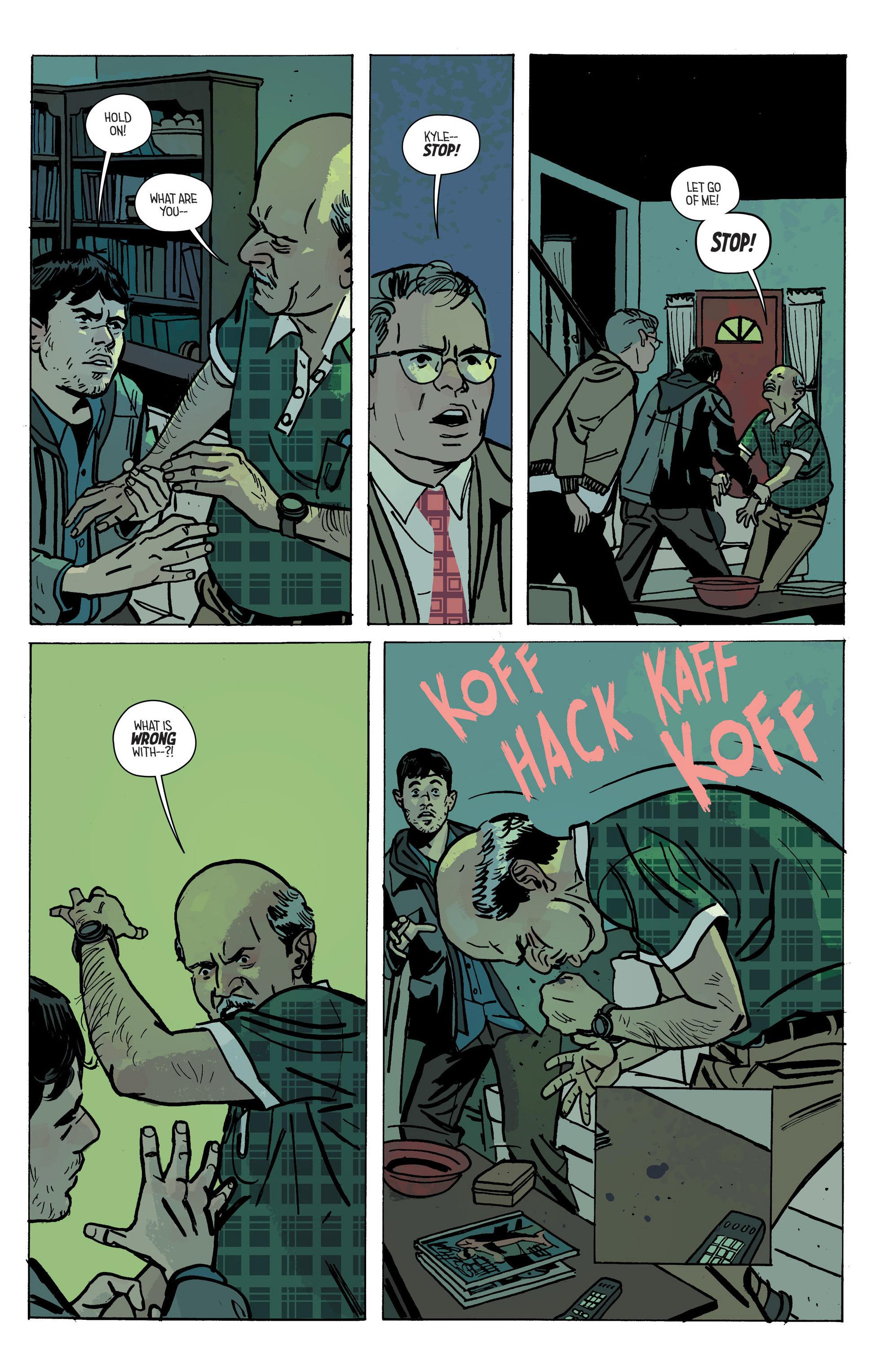 This is Robert Kirkman’s second horror series, but one very different in tone and content from the ultra-successful Walking Dead. Here we share the experiences of Kyle Barnes, the outcast of the title, considered responsible for the tragedy that befell his wife and child.

At least we now learn that they both survived the experience, with hints that it was similar to others Barnes deals with, and that Barnes’ foster sister Megan has re-established contact. Meanwhile he’s becoming friendlier with his new neighbour, an elderly man we’ve already been shown is sinister, dangerous and manipulative. Otherwise, Barnes’ reputation in some sections of the community is improving due to his timely intervention in A Darkness Surrounds Him.

The hook of the series is that Barnes somehow senses there are demons about, and they lurk within certain people, yet only he’s aware of this. Readers, however, may have begun to pick up a clue. He’s accompanied by Reverend Anderson, perhaps the only man who believes him, and who had previously been casting out demons via exorcism with limited success.

The pacing continues to be extremely leisurely, with Kirkman dotting about the cast, adding to their problems and detailing their interactions, much in the manner of TV drama. While this was acceptable in the first volume as Kirkman set his stage, by the end of this book we’ve worked through 250 pages in total and we’re not very much the wiser. We’ve now reached the stage where protracted tease has become tedium, and Kirkman’s usually so solid storytelling instincts are betraying him.

Excused of the problem is Paul Azaceta, who copes as best he can with sequence after sequence of Barnes and Anderson visiting remote properties to converse with people who don’t want them there. “Well, you haven’t changed at all”, says one character to another early on, and the same applies to the plot Kirkman’s provided, which is pretty much the same as the first volume, yet Azaceta’s managed to illustrate it differently.

In the final pages Kirkman attempts to inject some emotional tension, but it’s via the same methods we’ve seen throughout, and Outcast is beginning to seem like an endless time loop. It continues with This Little Light.