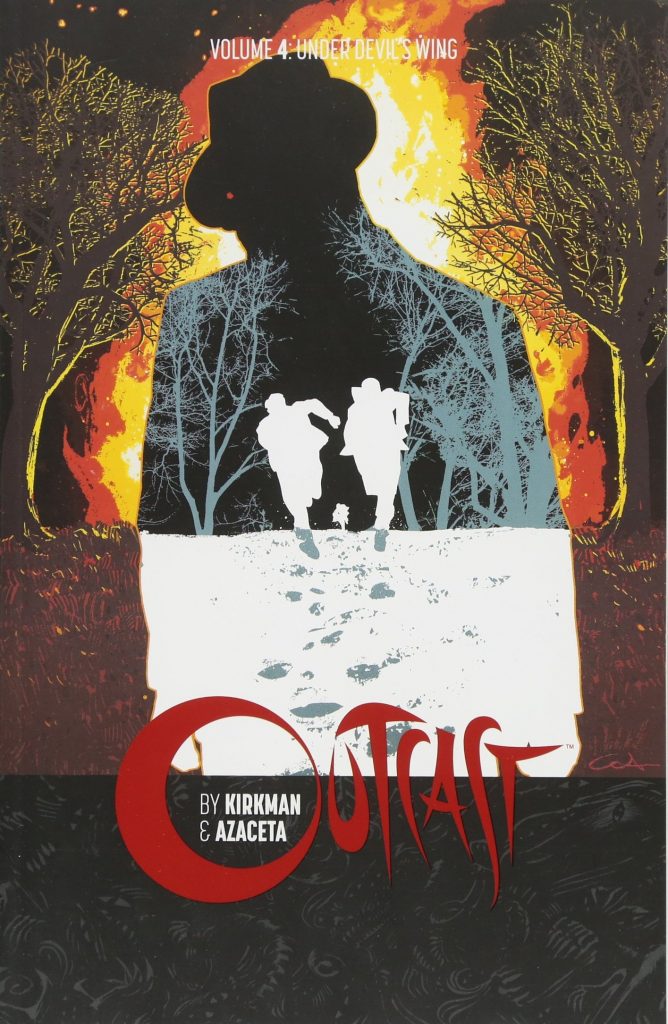 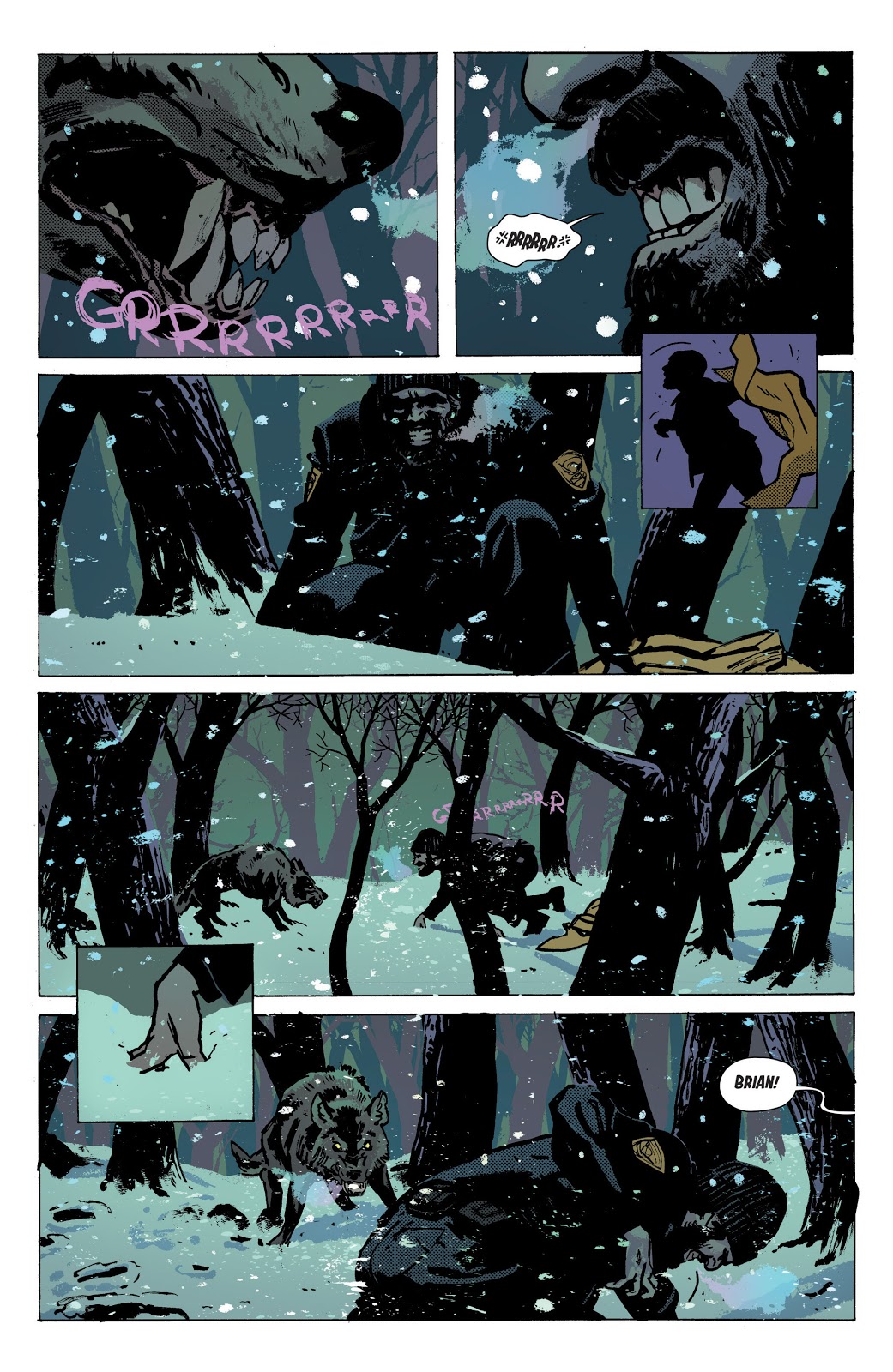 While still couching his atmospheric story in basic terms of good and evil, Robert Kirkman finally let some disclosures loose about the bigger picture in the previous This Little Light. That’s a path he continues to follow in Under Devil’s Wing, but the pace of the revelations once again slows.

In the world of Outcast there are people who’re possessed. It’s with something that makes them other than completely human, and gives them an outlook on life, a view on humanity if you will, marking them as different. Others are possessed in a different way. They’re considered Outcasts, and something about what’s within them is feared by the other possessed. Kyle Barnes is among them, able to see those who’re possessed and able to expel whatever’s possessing them via his blood. Their community as a whole aren’t taking kindly to this.

Kirkman continues to pace Outcast as the television drama it’s become, creating suspense and tension via small hints, introducing more characters, and fostering a continuing air of suspicion. Technically, it’s all very professional, but it’s also a repetitive cycle, and it’s dull. In The Walking Dead Kirkman prefaces exciting action sequences with several quieter chapters, but it works there because careful personality construction ensures most members of a large cast have an appeal. There’s barely anyone to care about in Outcast, Kyle’s difficult past notwithstanding. Last time out every chapter ending provided a decent cliffhanger, yet in Under Devil’s Wing it’s only the final chapter that has any pace or any real grit to it. The remainder of the book goes through the motions. What’s revealed is supposed to throw suspicion on everyone, yet lack of reader sympathy is going to diminish some horrific scenes. “There are no angels or demons. Those were just names you gave to us because you were too small, too stupid to grasp the bigger picture”, bellows one of the ‘evil’ characters at one point. After four graphic novels of the bigger picture continually noted in such oblique terminology, there’s a feeling of being strung along.

To some extent this is mitigated by the look of Outcast, as Paul Azaceta’s art accompanied by Elizabeth Breitweiser’s colouring continues to set an exemplary mood. Together they create an almost perpetually twilight world, in which Barnes is very rarely seen in the light. The page designs are interesting also, with little inset panels adding to the bigger picture of events. When it comes to the stomach turning horror, be warned, Azaceta isn’t one to just supply shadows.

Too much of Outcast has prioritised mood over substance, a very basic writing trick to pull off in terms of Kirkman’s capabilities. If you’re able to put up with perpetuated sinister intent without any answers, occasionally breaking out into extreme violence, then Outcast will suit you just fine. If, however, you’d like to see some movement, The New Path follows and provides it. At last.

Alternatively, the entire series is collected as Outcast: Complete Compendium.