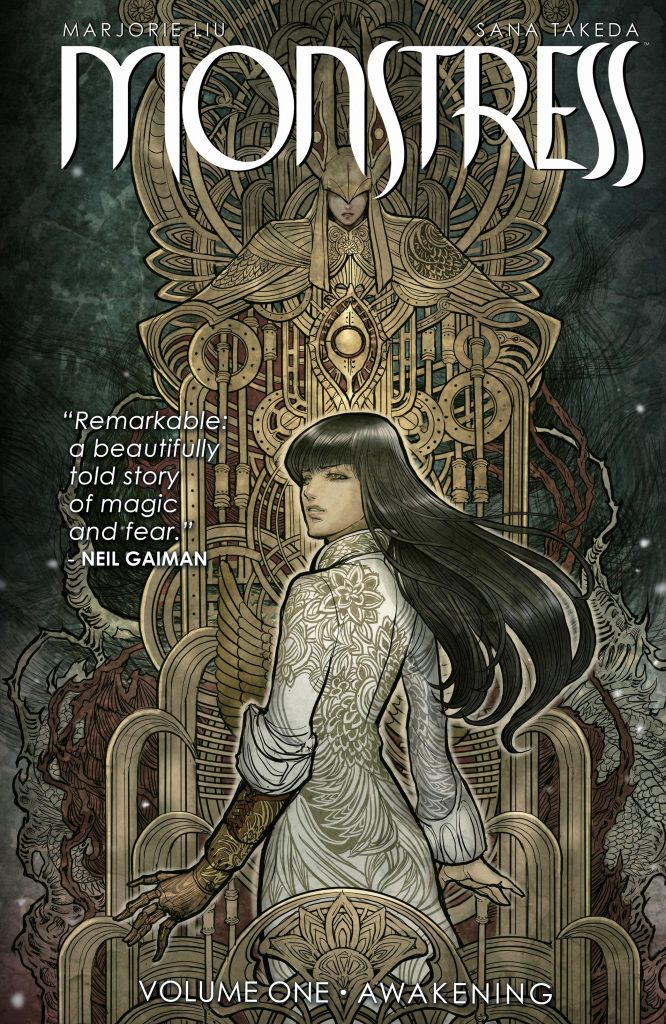 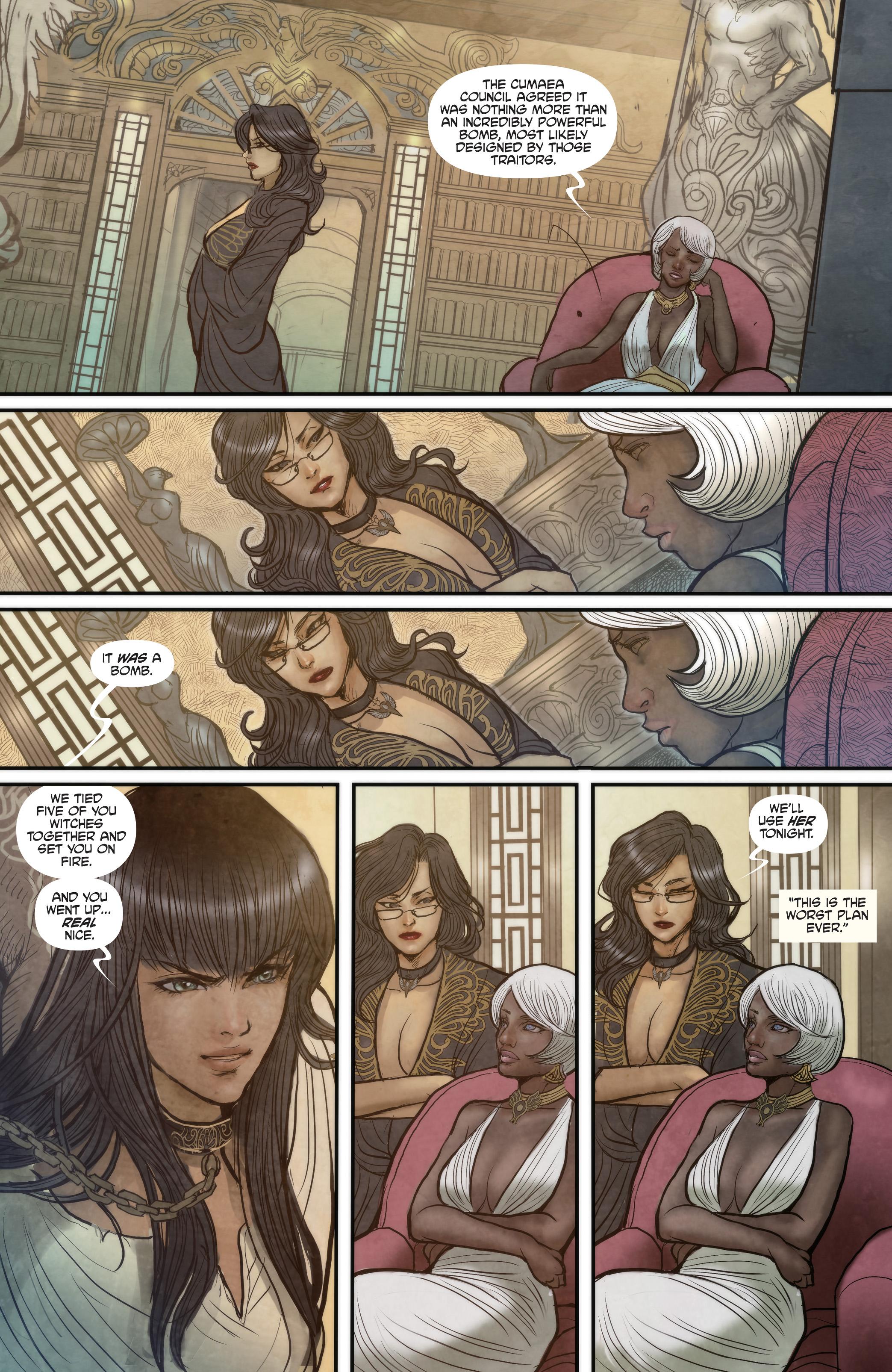 The horror of Monstress begins with an opening page of a naked seventeen year old girl with a missing forearm being auctioned as a virgin. Beyond that opening shock it’s a tale that seductively intrigues, dropping alien terms into everyday language, their precise meanings unknown and their provenance strange. A sense of disorientation, however is accompanied by a sense of wonder and of curiosity, and anyone prepared to let the story unfold at its own pace will become enveloped in its intricacies. In fact that’s the only way to absorb Monstress, as it’s a considerable way in before Marjorie Liu lays out explicit information, leaving the audience to make their own connections. There’s no cheating, however, no figuring it out as the page turns on Liu’s part. She’s dropped us into the middle of a fully realised world where everything eventually makes sense, and from the halfway point there are inserts confirming (or not) what readers will have coagulated from the available information.

The seventeen year old is Maika Halfwolf, far more capable than she seems when we first see her, and central to the escalation of hostilities between a society of witches, their human allies, and the Arcanics, magical creatures at times able to pass as human. Their long-lasting, but fragile truce is at breaking point. There’s no point in detailing the plot further as the epic scale is established and Monstress is best read knowing as little beforehand as possible. Maika’s not the only focus, as the story swivels round several centres of intrigue and those of status within them, blending ethical complexity. Suffice to say that all is not as black and white as it may appear to begin with.

Actually, that’s not entirely true, because time should be spent studying Sana Takeda’s art, which is every bit as good as it appears to begin with. It’s page after page of ornate intricacy, considered down to the finest details. However, while astoundingly pretty in places, this is a savage story, and Takeda’s pages also cover unflinching violence and torture, and she’s able to twist the beautiful into something sinister. What she manages with the distinctive eye motif occurring on peacock feathers is astonishing. She drops down to mere mortal status when it comes to the combat scenes, which are cramped. Takeda is far more interested in the decorative detail, and there’s little to be had in action, and most of her characters are from fantasy central casting, but do they need to be any more? They’re distinguished by their apparel and its ornate design.

Monstress is fantasy on an epic and ambitious scale, beautifully drawn and pleasingly told. By the end of The Awakening, the story has lived up to its title, and what was puzzling has largely been revealed. Any fantasy fan would have to be some curmudgeon not to want to read further in The Blood. 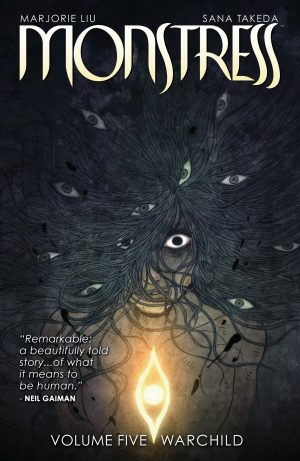