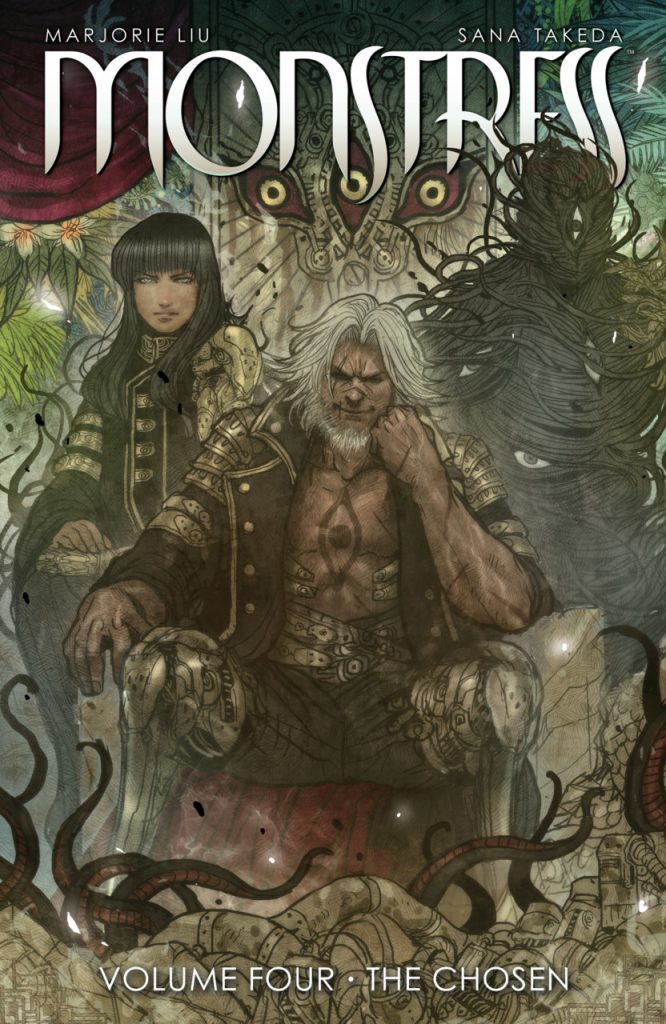 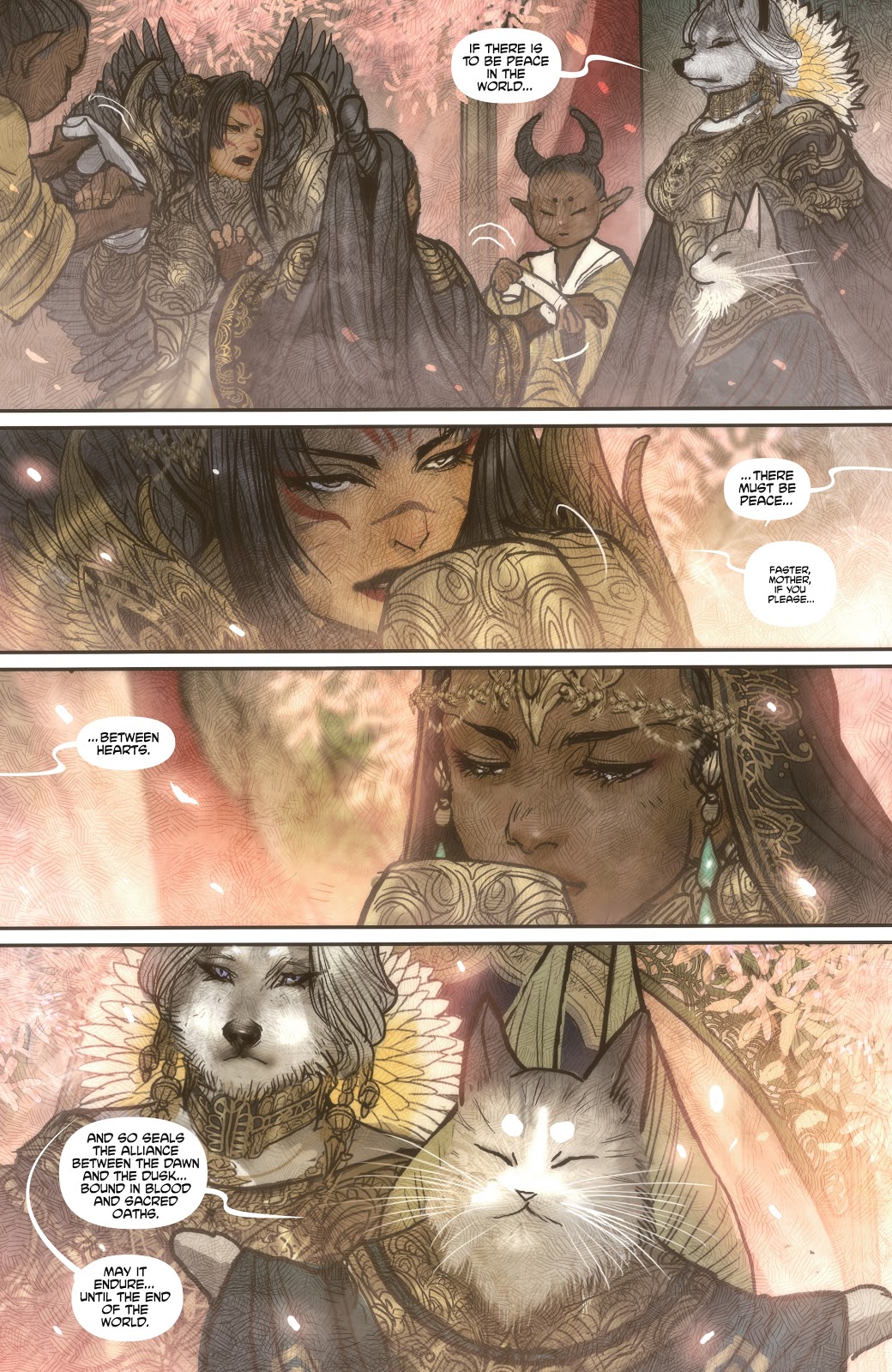 Maika Halfwolf has been on a quest to learn more about her dead mother’s past, which has proved a far more dangerous undertaking that she could ever have imagined as she turns up stones better left in place. She’s the Monstress of the title, when she chooses being able to loose the fearsome Jinn from within, as much curse as blessing, this being in a fantasy world where humans exist alongside witches and humanoid animals. The previous Haven ended with a surprise betrayal, and The Chosen begins with a chapter of extreme violence as two parties find their way barred at every turn. It’s brutal, even by the previous standards of Monstress, leading to wonder that Sana Takeda illustrates the slaughter so effectively when she’s also capable of such delicacy and ornate beauty. There’s also an astounding life, and even nobility to Takeda’s animal characters, and as ever, some glorious vistas.

Powerful ties enforce bonds of loyalty for various cast members, but Marjorie Liu has twisted things around so effectively that some no longer really know themselves where their loyalties should lie. As ever, Maika cuts through the pomposity and arrogance endemic to so many she encounters, but that doesn’t work as well when she finally meets her father. He’s one of several new characters to take in, the wonder being that even Liu can keep them and their purpose all straight in what’s already a plot with considerable density. What is clear is while factions that consider themselves powerful scheme for control, there’s a far greater primal power seeking to return, making their grievances seem like schoolyard squabbles, and conflict is what will enable their return. Maika is aware of this, but when temptation is dangled in front of her, can she resist? The scenes of Maika and her father express a theme of consumption that’s been running throughout Monstress. At its most basic its represented by an unpalatable meal, but there’s the consumption of others as disguise, the consumption of power, and the wholesale consumption of victims on the altar of war. It’s a deliberately unappetising theme.

Liu eventually answers a lot of questions during The Chosen, unravelling the betrayals and promises leading to Kippa’s abduction, and revealing who, or what, some people now are. The final chapter is almost a catharsis in that respect, but the cost of the revelations is the escalation of all things, and Liu knows to leave us wanting more. It’s both frustrating and satisfying, and the fun continues.