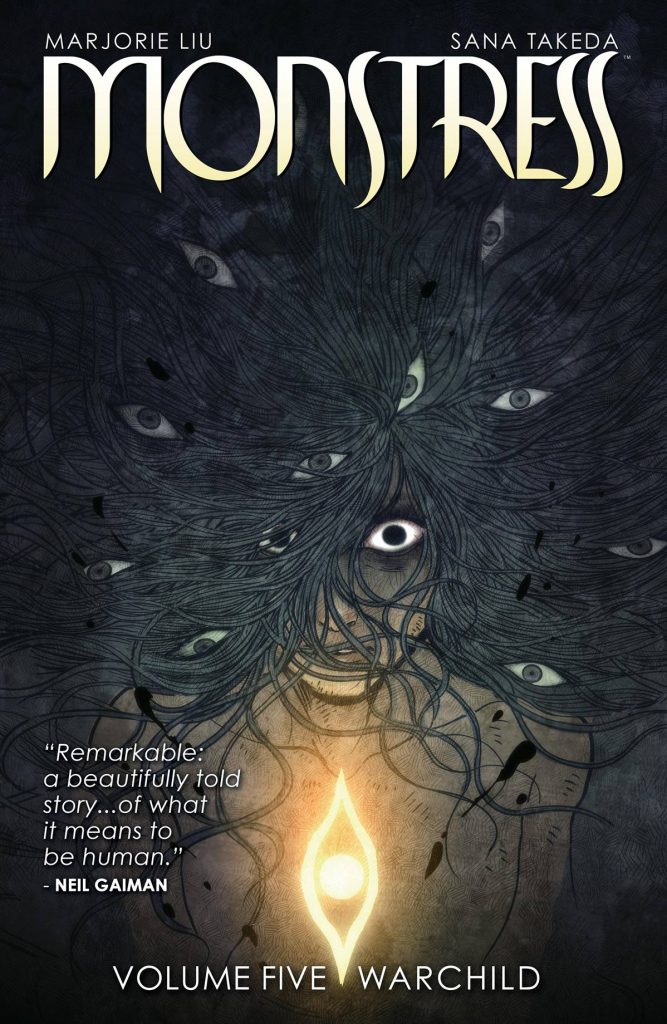 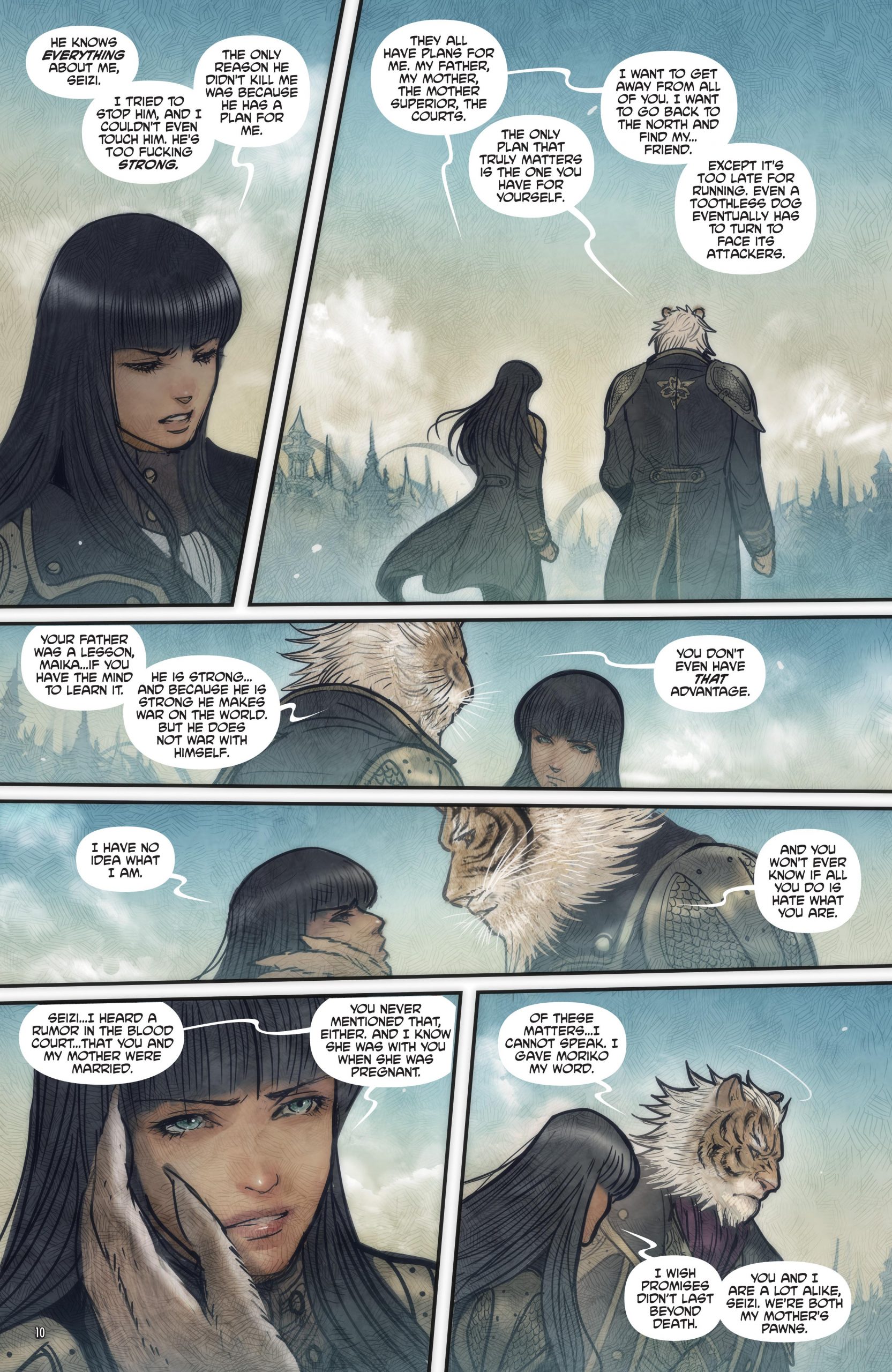 The longer Monstress has run, the more complicated it’s become. Marjorie Liu’s vast fantasy background is consistent in her head, and there’s definitely much left to reveal, but anyone only consuming via the annual trade editions needs an exceptional memory, as Warchild features no recaps to refresh people. Perhaps that could be considered in future, given eighteen prominent characters appear in the opening chapter alone.

Maika carries something powerful and most likely evil within, which feeds in a gruesome manner. She’s been reunited with Kippa, met and been disappointed with her father during The Chosen, and it would seem old grudges reignited mean war is inevitable. As ever, much has changed by the end. Monstress is a series of unusual density. War may be coming, but many factions have been introduced, and schisms within those factions, yet between them Liu and Sana Takeda supply a clarity, at least regarding who people are, if not where their ultimate loyalties lie.

The city of Ravenna, at the beginning awaiting invaders, is the location for most of Warchild, which lives up to its name by restoring Maika to the focus. More of her past is shown opening each chapter, and she comes to accept what she is and what she can do. It’s a frightening sight, and she proves to be a formidable tactician by adapting what she has at her disposal. Liu has been building to all-out war for some time, and it’s there in microcosm in Ravenna. It’s grim, it’s shocking and it’s an unpleasant lesson for many. Takeda’s art has been phenomenal before, but it steps up another notch. It’s because she doesn’t have to draw imposing characters preening in impressive backgrounds, but barbarity, mutilation and death. As the war over Ravenna progresses Takeda draws a spread showing the before and the reality for some participants, and it’s the entire volume in microcosm. So much hope is crushed.

There is perhaps too great a sentimentality on Liu’s part, as for all the hell of war almost everyone readers are supposed to care about sees the book out in reasonable health, physically at least. The intensity, though, has been increased. There was a small element in previous volumes of somehow thinking all the forecasting would lead to nothing, but any innocence Maika still possessed has now been eradicated. The fallout occurs in The Vow. 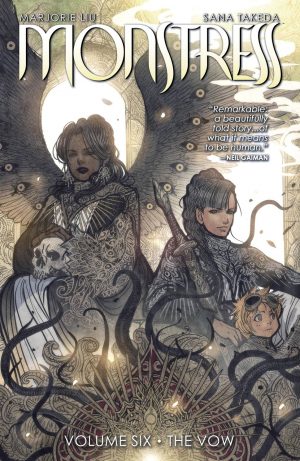