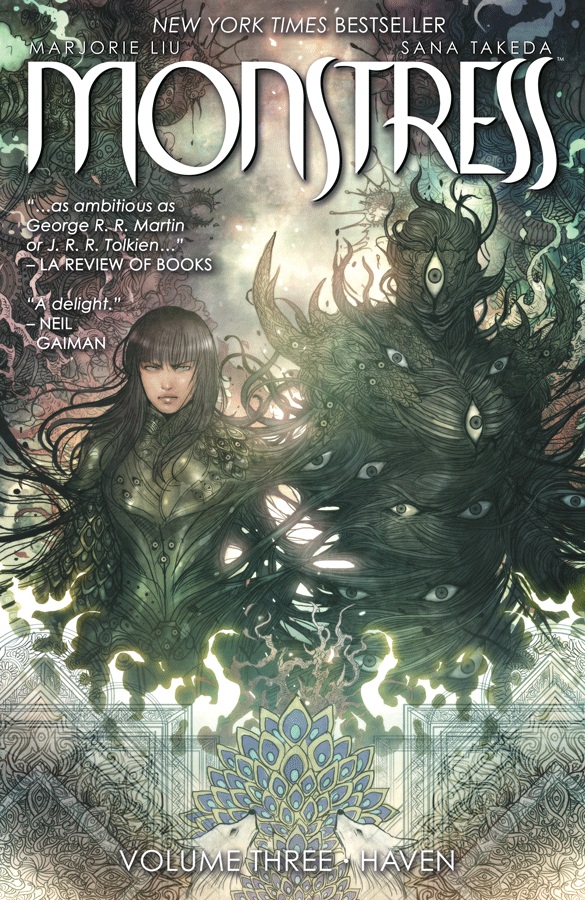 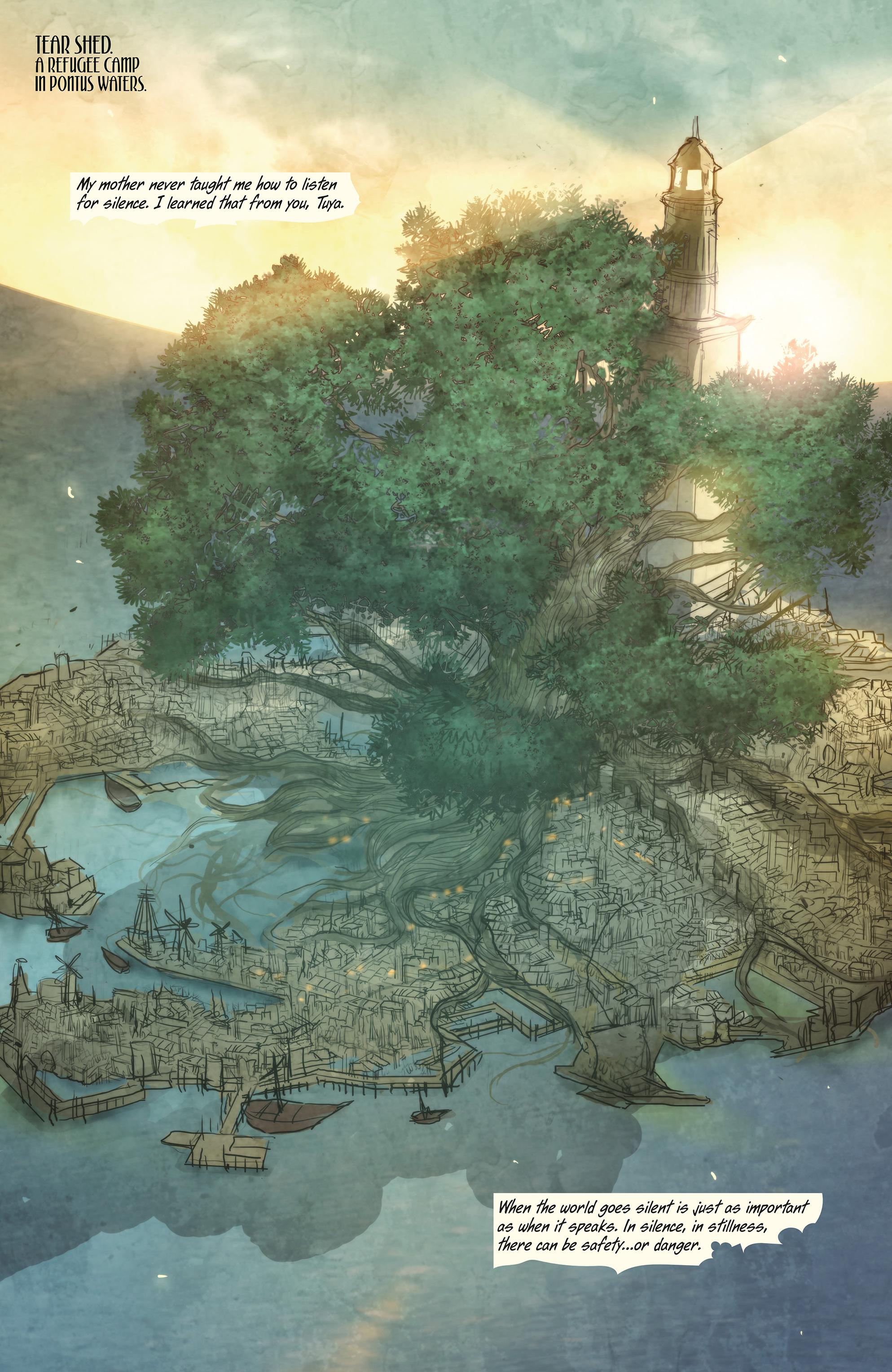 Majorie Liu and Sana Takeda have created an intriguing fantasy world in depth over the previous two volumes, introducing not only their lead figure Maika, but her friends along with plenty who wish her harm, and some that may yet fit either category. The wonder has been the comprehensive way this has been rolled out in increments, while it’s simultaneously clear there’s still plenty more to tell. The Blood ended with shock revelation, and Maika aboard a pirate ship where she presents a target.

The reason for the title is Maika carrying a fearsome ancient being trapped within her, one that fits our concept of a demon, who requires periodic feeding and hungers more frequently. The background is the uneasy truce between the Arcanics, humanoid animals, and the Cumaea, a small group of witches and a large group of human allies. That’s on the surface. Below it, Monstress is an investigation of race, gender and identity, the symbolism shifting. It’s also increasingly possible to interpret some dialogue as comments about the USA’s current political schisms in a world with numerous unsavoury activities considered normal, increasingly drawn toward war.

No concession is made for anyone sampling Haven as their first taste of Monstress, who’ll wonder, for instance, to whom Maika is narrating events. While regular readers know, they’ll be equally clueless on occasion, as Liu plots deep and foreshadows early. What can be picked up is that five fragments of an ancient mask are held in in places of great power opposed to each other, and uniting those fragments would provoke something best left lying still. Monstress features a vast and ever increasing cast of shifting or previously unrevealed allegiances, further rendering individual volumes inaccessible. Dive in from the start, however, and you’re rewarded by an unfolding magical tale. Maika serves as the voice of humanity, detailing in plain English what others refer to in complex arcane terms. She’s the subject of prophecies, and were that not desirable enough in a magical world, both vast forces seek to control the ancient within her.

A complex story is rendered haunting and memorable by Takeda’s accomplished art. The serene beauty of the sample page isn’t representative of the feeling as a whole, where nightmares are unleashed in various forms, and Takeda is able to put the decoration to one side and scare the hell out of us. Whatever she’s drawing, it’s mightily impressive.

The Blood wasn’t as satisfying as Awakening, coming across as a stepping stone to perpetuate a quest, but Haven moves the story forward considerably, opening a door into what lies ahead, and putting worldly squabbles into perspective. It’s a fascinating read, and continues in The Chosen.