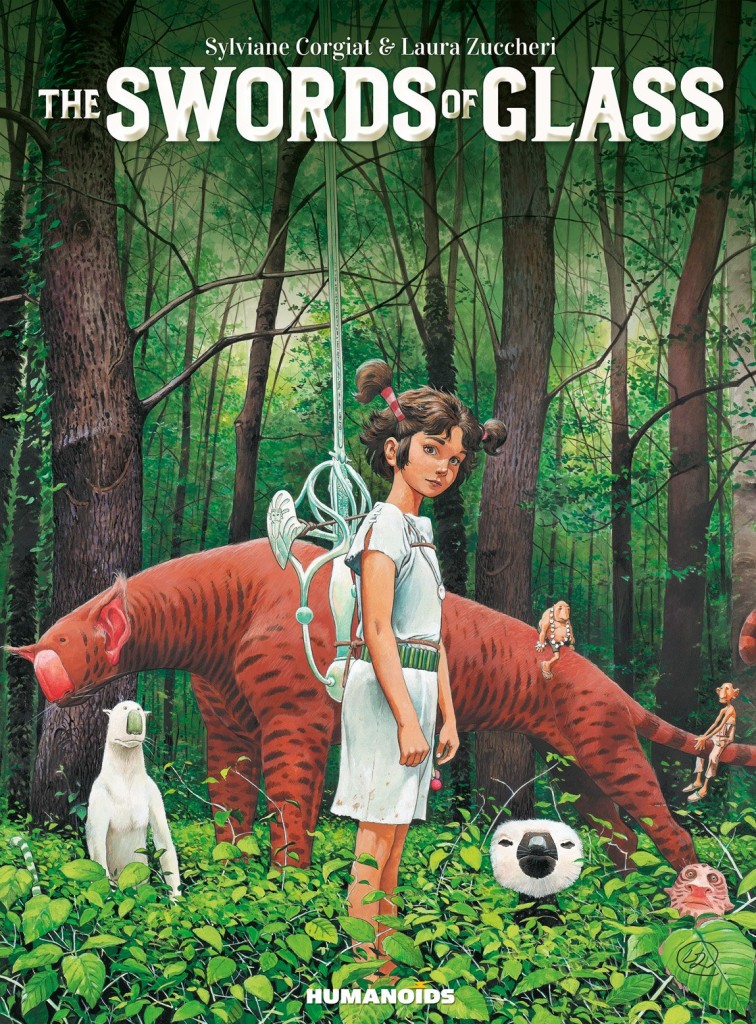 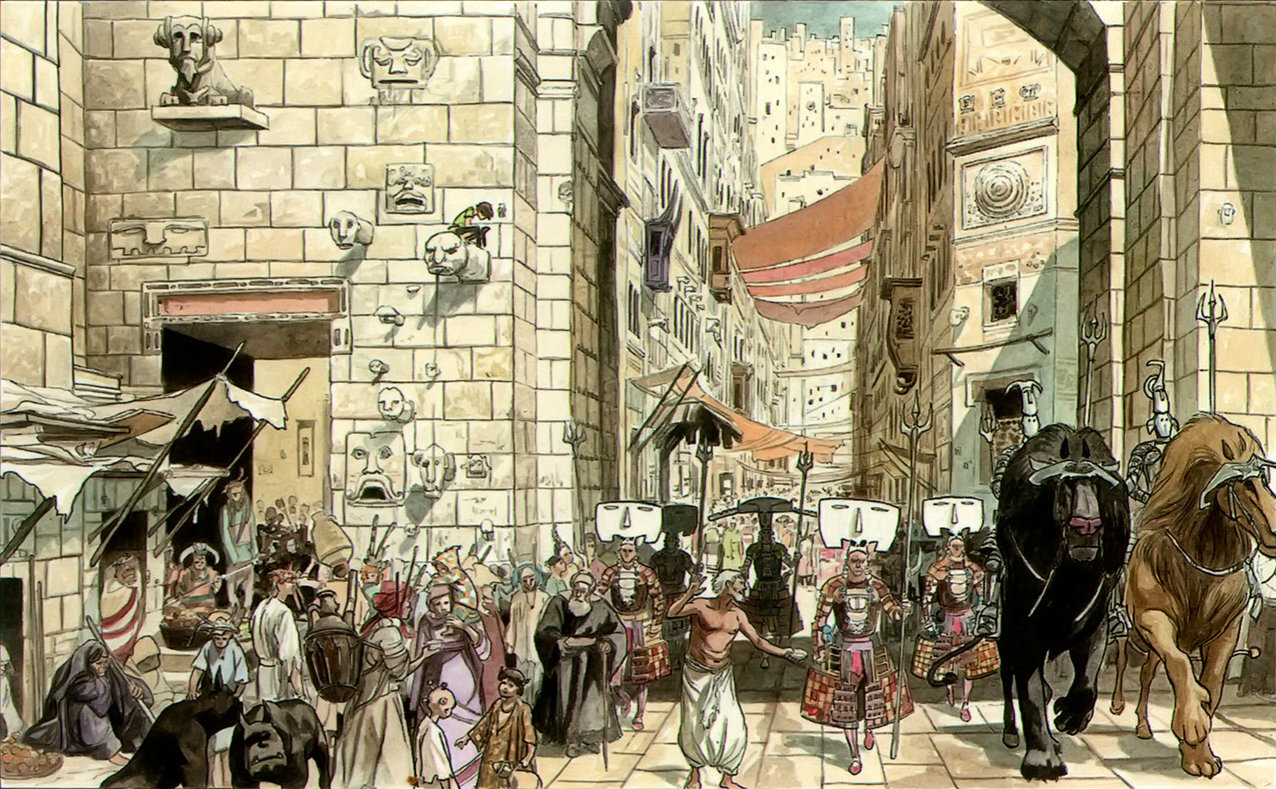 The Swords of Glass is a very traditional fantasy saga combining the coming of age adventure with the quest amid a beautifully illustrated backdrop. Laura Zuccheri’s art on the first of the four books gathered here won her the illustrator’s award at the 2012 Lucca Comics Festival. Those four volumes were previously serialised digitally by Humanoids, but the English language book version collects them all.

The saga begins when four swords fall onto a largely agrarian planet. They respond to specific people, but if the wrong person touches them that person is transformed to glass. Our way into this myth is via Yama, the young daughter of a village chief. Circumstances arising from the arrival of a sword in her village leave her to fend for herself until she discovers a mentor, Miklos, who’s deliberately distanced himself from his past and other humans. Yama’s ambition is to retrieve the sword and use it to kill the local tyrant, but Miklos won’t permit it until she’s fully able to protect herself, a process that take years.

As this occurs we learn of Miklos’ former life, and his downfall, and that he has a mission of his own. He has a greater awareness of the swords and their meaning, although his knowledge is still far from complete, and knows they’re somehow connected with an ability to save the population of a planet orbiting a dying sun. Sylviane Corgiat’s plot is rich in detail and diversion, and on a couple of occasions when predictability appears on the agenda, she defies expectation to ensure the wonder persists.

Equally responsible is Zuccheri’s amazing art. She strives for naturalism – just check the way clothes hang on her cast – yet pulls her inspiration from assorted sources and cross-pollinates. We have Sikhs wandering structures resembling the Great Wall of China yet in a society where Aztec-like warriors subjugate others to construct mighty monuments in the manner of the ancient Egyptians. She takes a similar approach to her creatures, transforming mandrills and sloths with parrot heads to serve the function of horses. It’s captivating. So are her landscapes, of which many different types are required from verdant and tropical to dry and desert, with other stages in between.

There are some less convincing aspects, with the adult Yama’s attraction to Miklos being one, but they’re sidelines diverting from the main story, not having any major impact. The dialogue is also occasionally stilted, reading as if scripted rather than natural (“My sweet pea! What’s happening to you? You’re as hard and cold as stone!”), although it’s uncertain if this is the original script or attributable to the translation from French.

The closing sequence switches from fantasy to science-fiction, but this mashing of genres hardly shifts the gears and creates a logical plot resolution. Not everything is laid out and underlined, but the unexplained elements are surrounded by a convincing backdrop, so don’t nag in the mind after matters have been settled. That Zuccheri never shies from detail means the story reveals small secrets on a second reading after the plot has dragged you through the first.

The Swords of Glass ought to have an appeal well beyond the market for fantasy comics, and those averse to the genre should instead consider it adventure. While not quite all-ages, no content exceeds the levels of disturbance for those who read teenage fiction. Those really taken with the art might want to consider the pricier oversize edition.