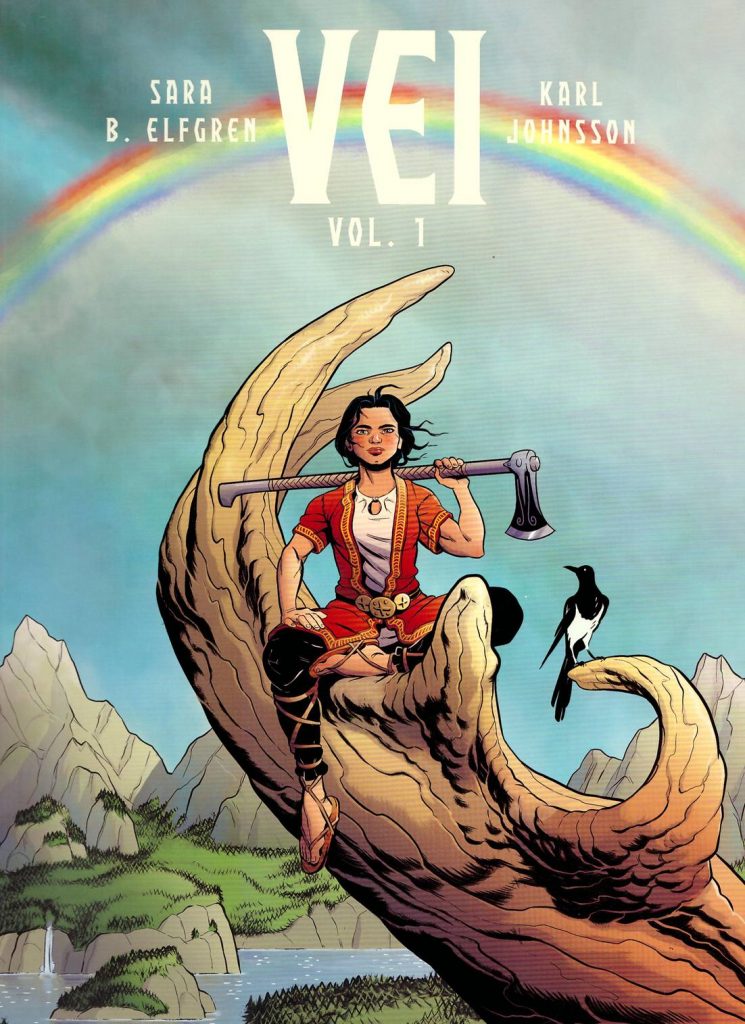 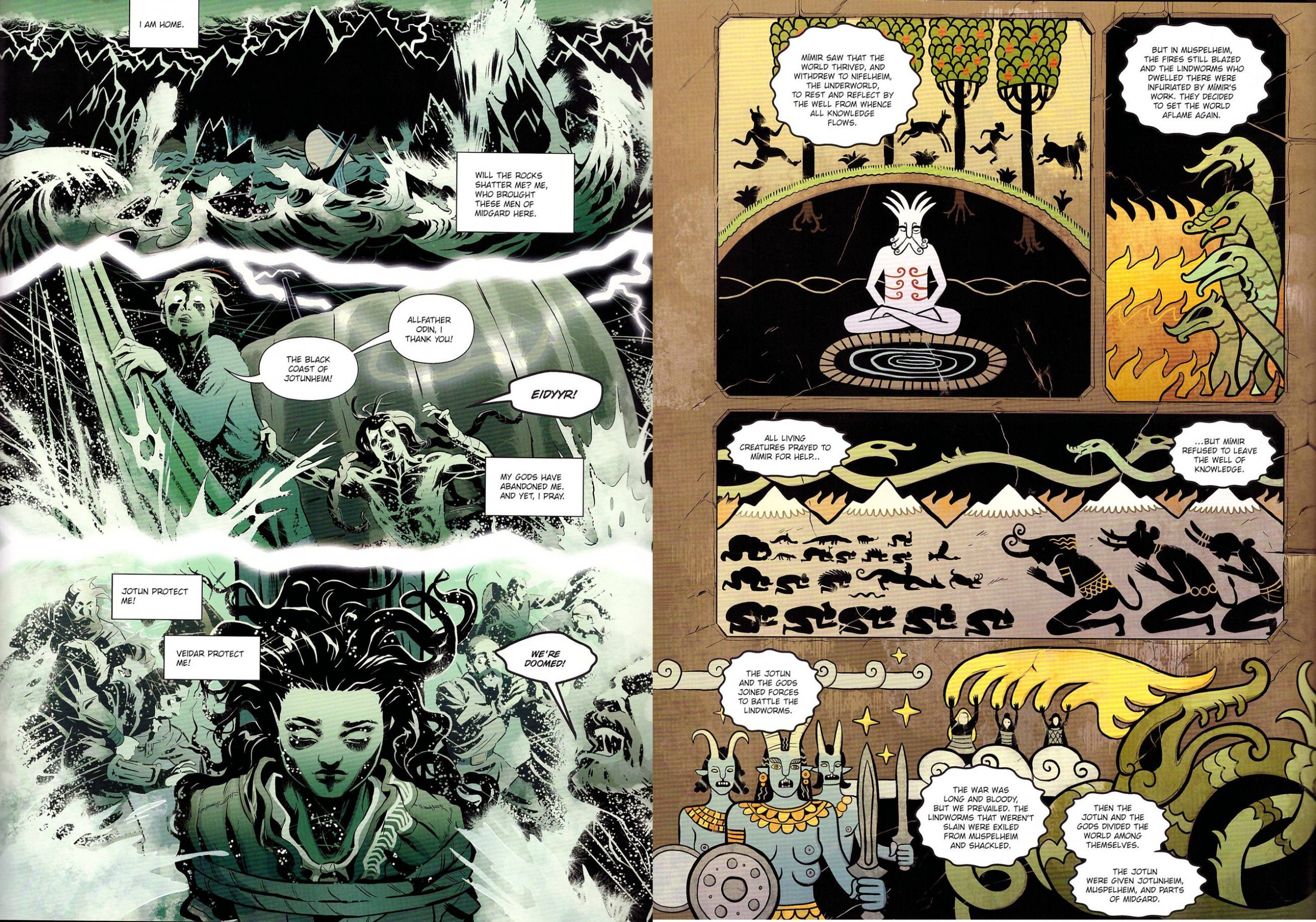 A boat of Norsemen are following the dream of Prince Eidyr in crossing the unforgiving waters in search of the legendary Jotunheim when they fish the unconscious Vei from the sea. She’s from Jotunheim, but it’s no happy homecoming as she leads the warrior Dal to her village to discover a time for which her people have trained for generations has arrived.

Maybe too many years of Thor have produced a jaded palette for Norse myths, a feeling they’ve all been thoroughly explored. They haven’t, and there’s always room for a new interpretation, this featuring Odin, Loki and others, while being almost a Thor-free zone. There’s a feeling of authenticity about Sara B. Elfgren’s version as her considerable writing experience enables the weaving of a new myth around Vei and her expectations. Jotunheim is home to giants, and according to custom the giants only communicate with one member of each human community, who view them as gods. Vei spent plenty of time with the giant Veidar, yet now feels betrayed.

Elfgren knows to instil a sense of wonder, which she does through Vei’s narrative never supplying the whole story. “I don’t have my strength, only my wits”, she thinks to herself soon after we meet her, “I must choose my words carefully”. It’s an astute introduction hinting at more while defining Vei as careful and calculating. The awe is provided by Karl Johnsson’s art. The presence of giants forces a scale on him that constantly results in views from the ground or above, reinforcing humanity’s minimal relevance in the greater scheme of giants and gods. Johnsson’s an adaptable artist, so the more representational approach taken for explanations also has stature, and his designs and action scenes display the virtuosity of a storyboard career. Both sample pages show his facility with colour, almost a fine art look rather than comics expectation, but a treat either way, and it’s nice to have those pages presented by Insight in a European album-sized hardback.

Vei’s story takes some wild turns over six chapters as she learns alongside readers much of what’s been whispered but never adequately explained, the answers prompting further questions, and the whole story not completed until Vol. 2. Elfgren drags us through Vei’s shifting turmoil, featuring the Norse gods as you’ve probably not seen them in comics. It’s a thrilling adventure so far, and the delights to come are to be anticipated. 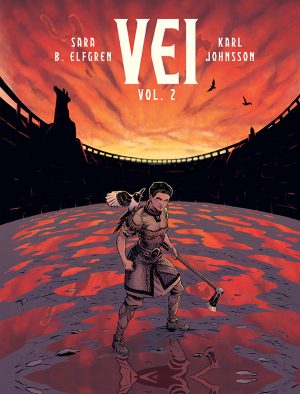