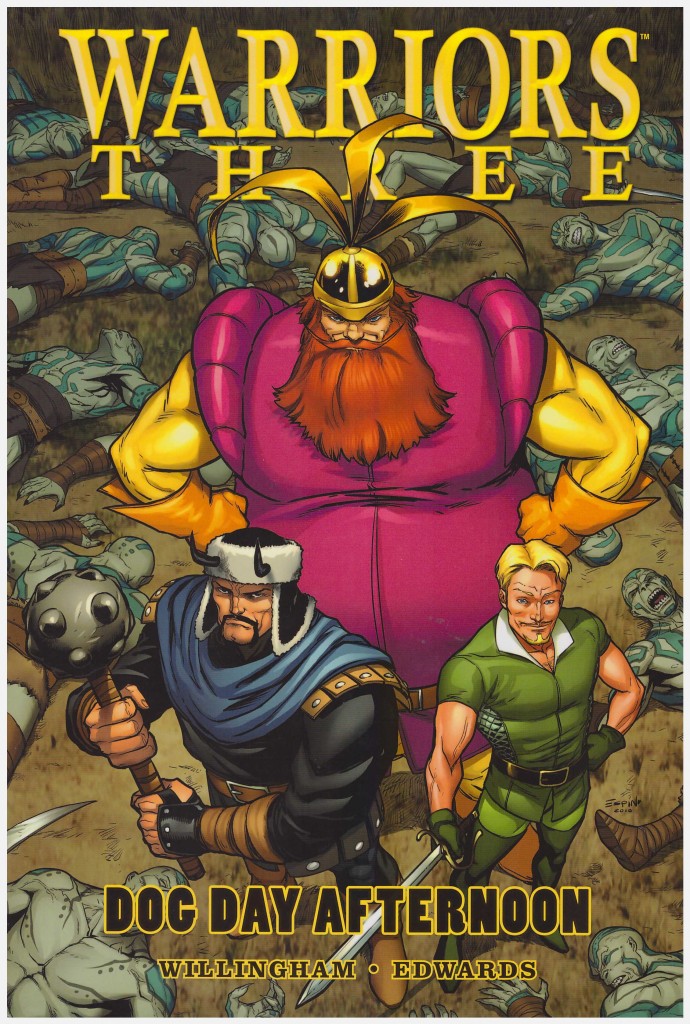 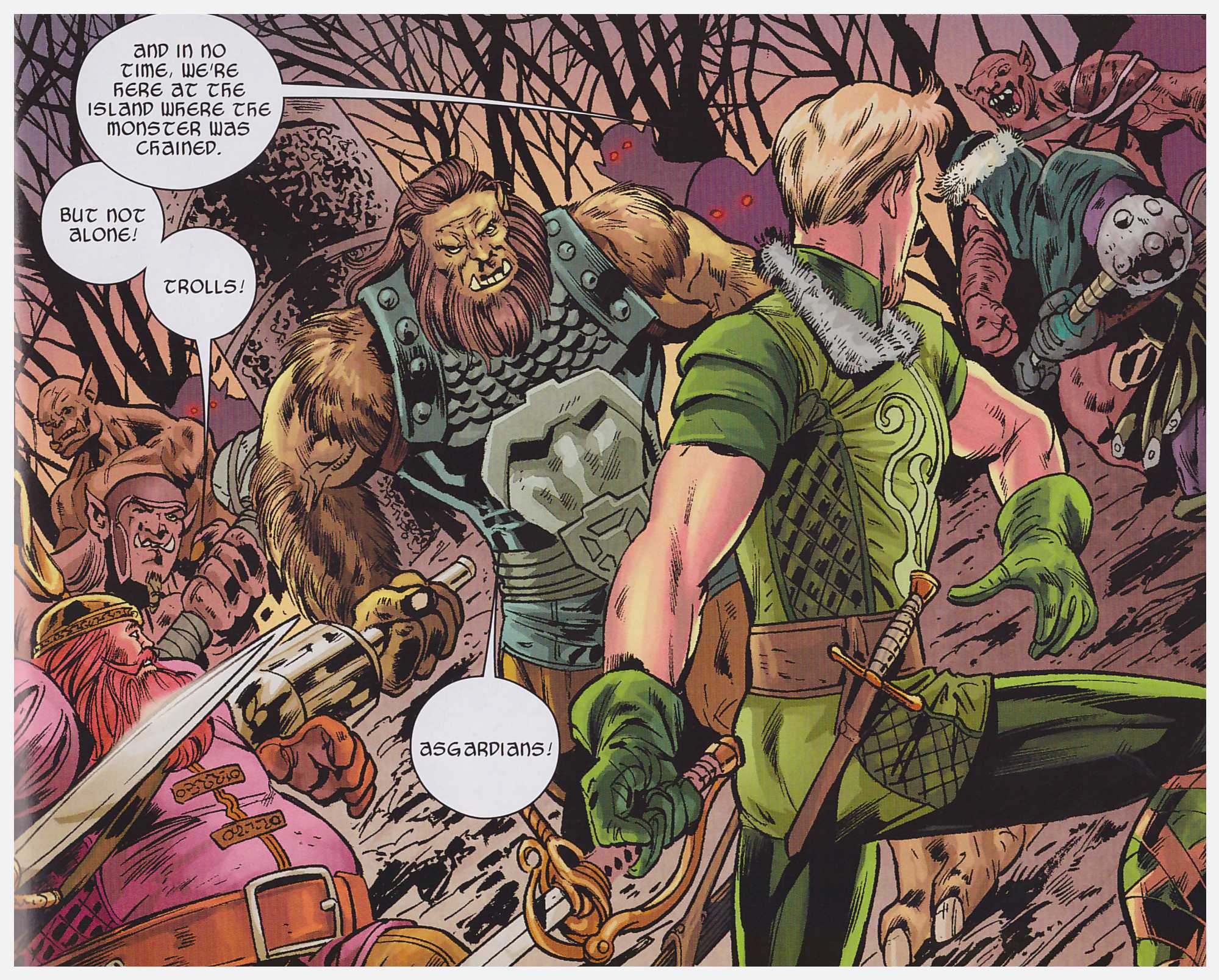 In the mists of pre-history by Earth standards the then youthful Asgardian Warriors Three, Fandral, Hogun and Volstagg, set off on a challenge for one of them to pat the trapped Fenris Wolf on the head. This legendary beast is a wolf the size of a house, and despite being held by an unbreakable lead, it still managed to outwit the Warriors Three, extracting a promise in return for their freedom.

In the modern era scientists from Advanced Idea Mechanics, or AIM., journey through the hinterlands of myth to strike a deal with the Fenris Wolf, believing they can free him, which proves to be the case. With other matters on his mind, Asgardian guardian Heimdall hasn’t kept an eye on a creature he believes trapped for eternity, and it’s a shock to all Asgardians to discover the Fenris Wolf is free. For the Warriors Three, though, it’s a matter of personal honour to rectify the situation.

Writer Bill Willingham had previously used a massive wolf in both his Pantheon and Fables series, and here portrays a lethal savage beast retaining the nobility to keep its word. His story cleverly mixes and matches science with myth. Fandral, Hogun and Volstagg have Reed Richards analyse some material they believe may divulge where the Fenris Wolf now is, and they’re in turn psychoanalysed by AIM to ascertain their psychological weaknesses. Willingham supplies a credible reason why each has developed their familiar character, and it all stems from that initial meeting with the Fenris Wolf.

Neil Edwards provides art with a suitable grandeur and scale, and Willingham introduces a new Asgardian warrior in an innovative manner, but overall this is a lightweight read with a few diversions rather than an essential purchase. Look closely and you’ll find a Thomas Dolby joke as well.

The package is rounded off with a trip taken by the Hulk to Asgard in the 1960s, illustrated by Marie Severin, and heavily featuring the Warriors Three. It’s very much of its era.