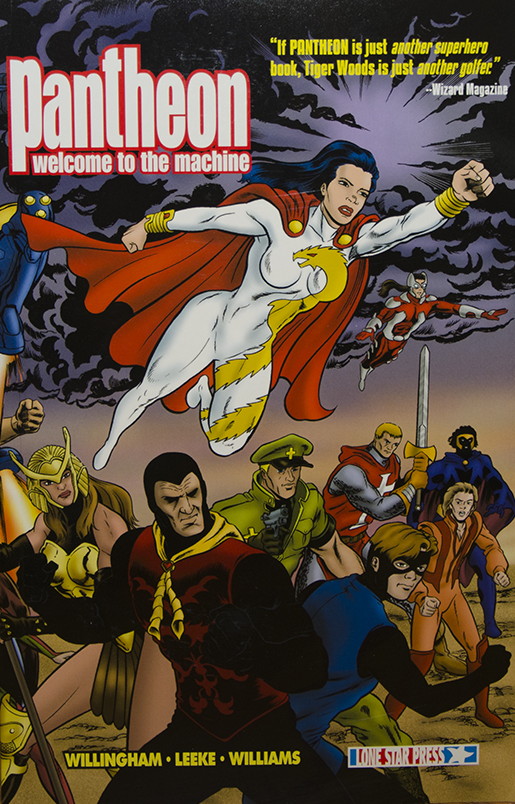 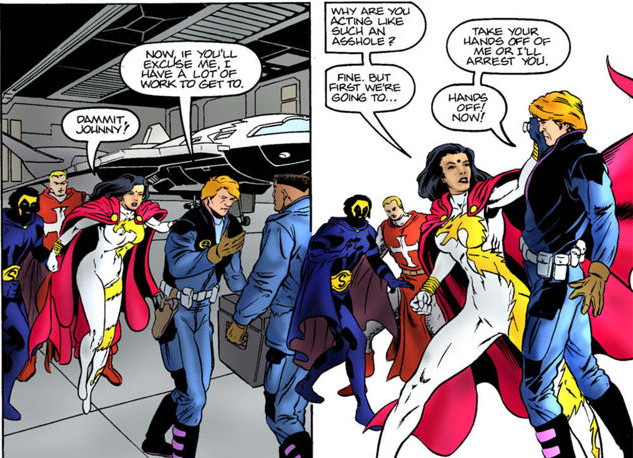 With superhero comics well into pensionable age, it’s common and not illogical to assume every ability has been utilised and every scenario played out. Pantheon erodes that theory in three chapters, yet, puzzlingly, it remains an obscurity. Here’s a top notch superhero adventure written by Bill Willingham before he conceived Fables, yet with all the acclaim and awards accorded Willingham in the years since Pantheon was published the only collection encompasses slightly less than half the story, albeit in colour. Comparisons with Watchmen have been made, but that only applies to the format of creating archetype superheroes and then having the freedom to deliver surprises unfettered by marketing dictats and long-term viability. In Pantheon Willingham’s primary concern didn’t extend beyond delivering a cracking good story.

At that point in his career Willingham was stepping away from also drawing comics – for those unaware, he’s very accomplished – so it’s Mike Leeke tasked with illustrating vast gatherings of superheroes, which he delivers. He also supplies clear storytelling, and if his figurework isn’t always perfect, neither is it constantly distracting.

As the story opens, the Freedom Machine have dealt with all super-villains on their world. One of the most powerful members now believes it’s time the group took charge of humanity, a notion that abhors most of the others. In addition to constructing an intriguing scenario, Willingham develops some fascinating super-powered characters. This is particularly true of his villains. One kills with a glance and has to be dealt with in a desert, while the more people Chaos Nation absorbs the more abilities he develops. He’s not impervious, but transfers any injury to someone he’s absorbed, who’s then discarded, usually deceased. And his purpose in the story is merely distraction. Willingham also plays out a real-world political scenario with duplicity high on the agenda, adding another layer to an already complex tale.

Initially published in 1998, all these years later Pantheon is still a thrilling superhero romp well worth seeking out. To complete the story individual issues are still available from Lone Star Press, or as downloads from Comixology or IDW. Irredeemable would later explore some similar ideas and is equally compelling.