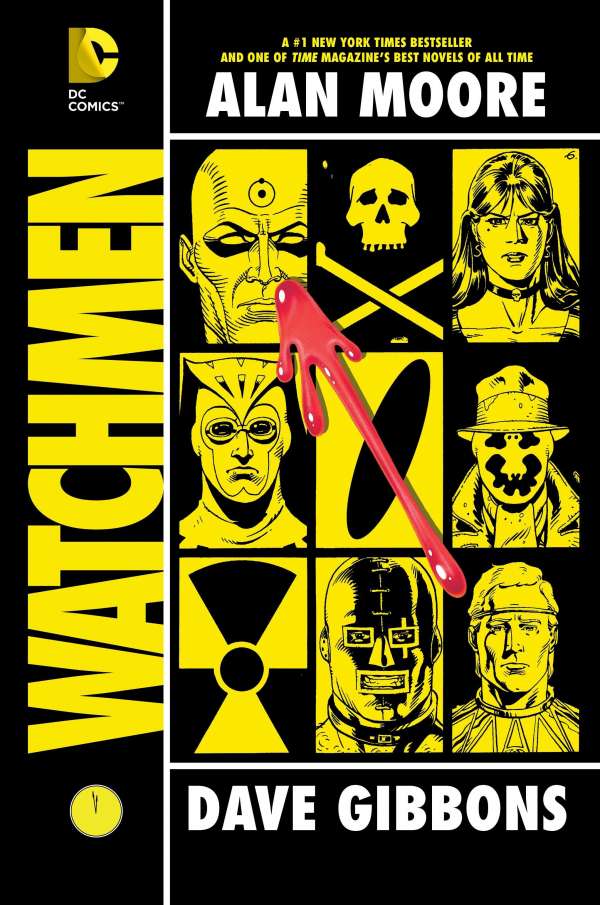 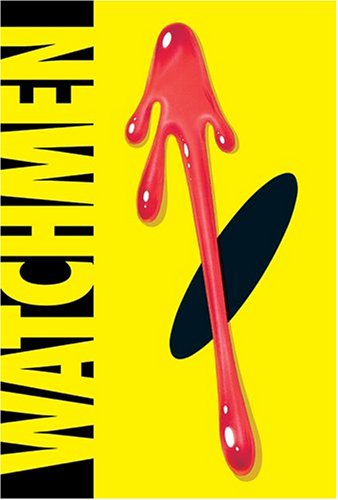 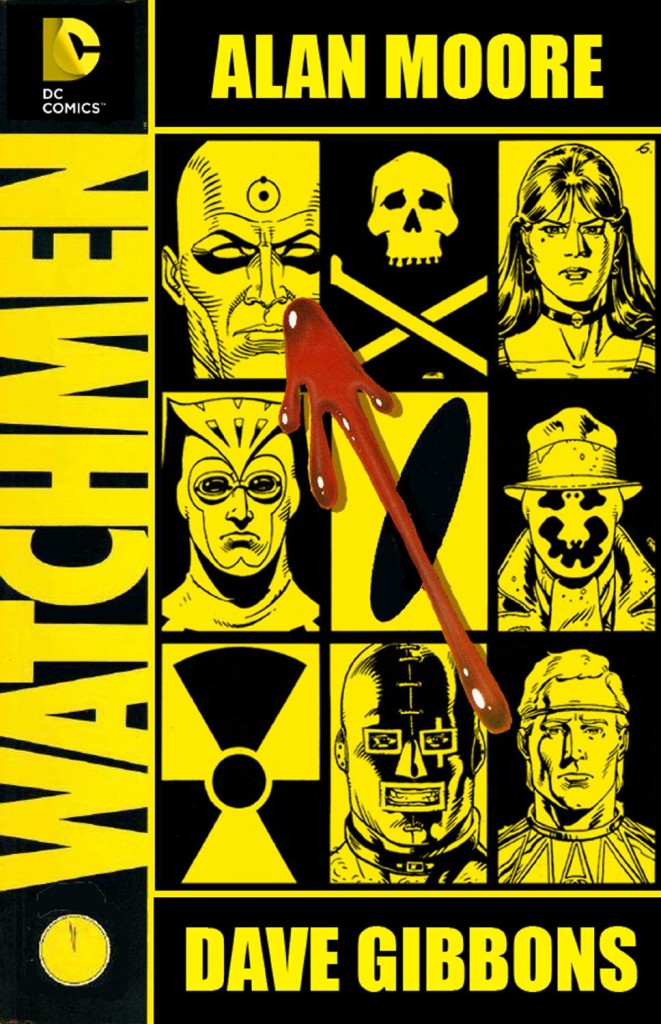 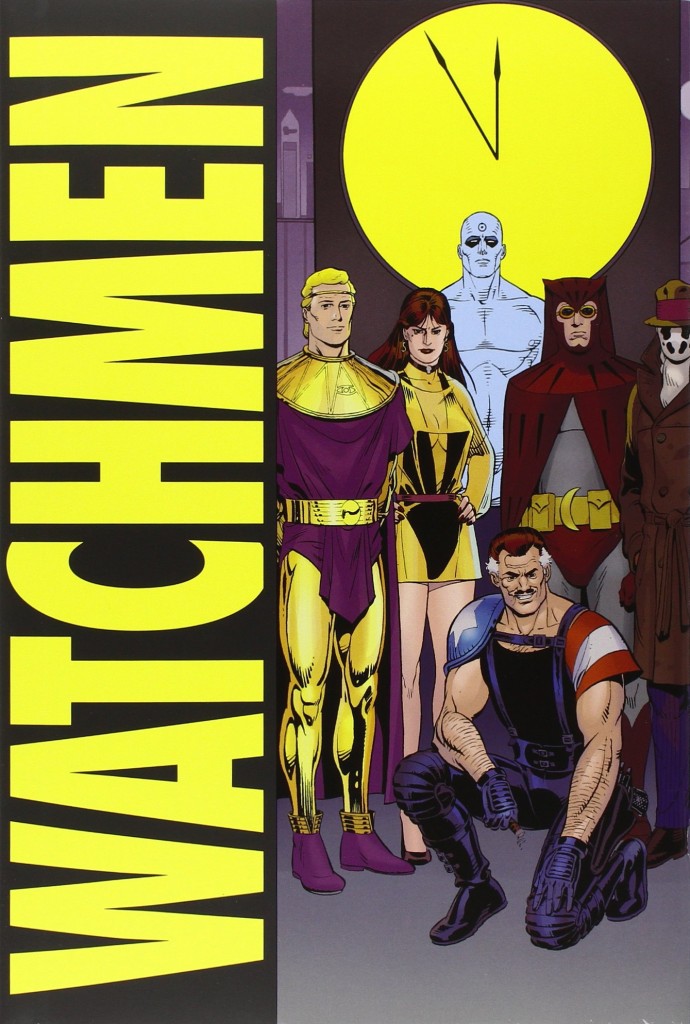 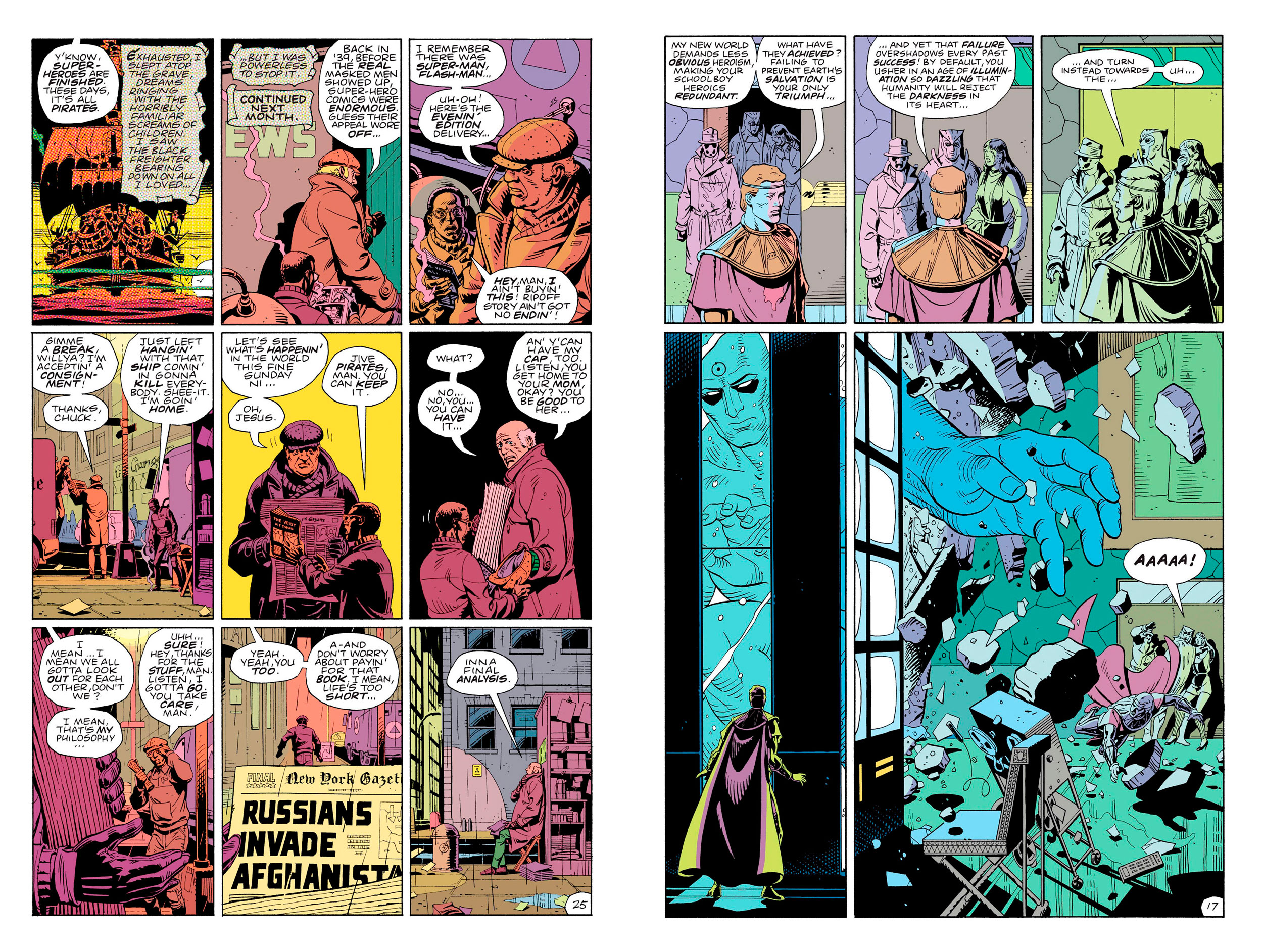 From the moment the first issue of Watchmen appeared in 1986 it was a game changer and catapulted comics to the forefront of English speaking media. Decades later it remains one of the best stories ever told in comics and, unlike so many of the other great flowerings of the genre, it is integrally about superheroes, why we create them and what they represent.

Alan Moore set out to shine a light into the darkest corners of the human psyche that desires superheroes, taking a group of old Charlton Comics characters as his paradigm. He created a superhero team whose types echo through the history of comics, from the alien super-scientist Dr Manhattan to the ordinary joe with gizmos, Nite Owl, Rorschach with his black and white morality and cynical sadist The Comedian who glorifies violence.

Moore’s imagining of a world subtly altered to its core by the presence of costumed crimefighters is perfectly displayed in Dave Gibbons’ labour intensive art. His clean, elegant style gives us glimpses of a better world, and yet much of the action takes place in dark rooms, dirty alleyways and basements. Filled with detail to create a rounded milieu for the action, Gibbons’ artwork is intensely studied – you will see a street from one angle in one issue, and then its reverse in the next, with every shop sign and brick in place. Always known for his meticulous drawing style, in Watchmen Gibbons took his art to the next level, abetted by John Higgins’ bright, strong, but also sensitive colouring.

Watchmen is set after the golden age, when the government is cracking down on crimefighters. Super-intelligent Ozymandias goes corporate, patents his inventions and markets action figures of himself. Others go back to their ordinary lives. And a few disappear into the shadows to covertly carry on business as usual. They are forced to come together again when they realise someone is killing off their former comrades.

Moore uses this framework to explore not only what it would really be like to have superheroes in your world, but also how taking on the persona of the superhero affects those involved. As he explores the backstories of his characters he provides a lot of food for thought, especially for readers who love superhero comics. One of Watchmen’s great strengths, however, is that it works for people who’ve never picked up an issue of Batman, because it also deals in larger concerns – the arms race, societal paranoia – and asks much bigger questions.

Alongside the costumed crimefighters there are characters whose banal lives are explored in parallel, and at Watchmen’s explosive denoument we realise that they are the human heart of the story, just as important as the heroes. This is where the film version failed by excising almost all the ordinary characters; their little lives and modest dreams are what the good guys are fighting to save.

Watchmen is a complex and intertexual work, with comics within comics, histories and scraps of reports beginning and ending each chapter, allowing the reader to build up a bigger picture than the overt narrative offers. It is a work you can read over and over, and find new elements in, and as such it is worth investing in this expensive oversize edition for all the background material it brings. If you’re ever going to spend £75 on a slipcased, hardbound Absolute edition, it should be one as important and entertaining as Watchmen.