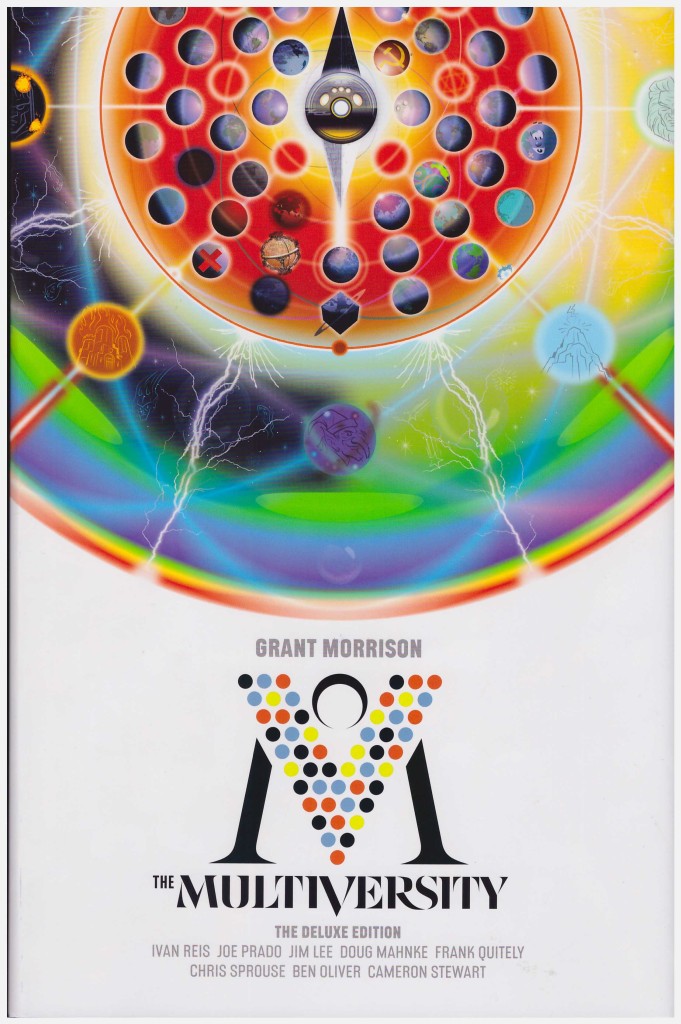 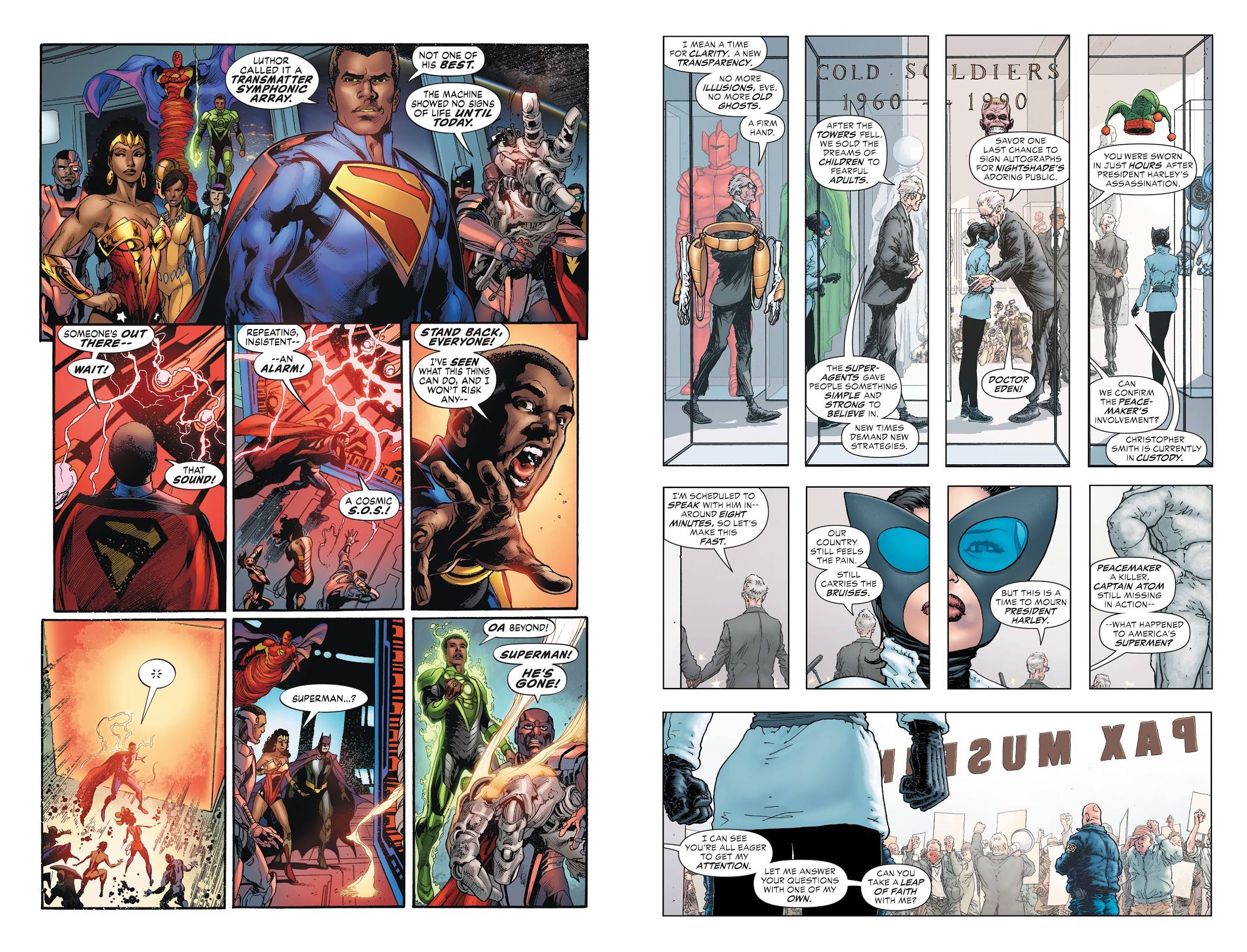 The Multiversity is a big beast of a book, a pulsating work of fervid imagination, richly thematic and spectacularly realised. At its base it’s a series of superhero stories featuring alternate versions of DC characters, all very good, and toying with the 52 distinct Earths DC established a few years previously. Some are unexplored, some are familiar, some are repositories for recognisable previous iterations of characters not quite fitting the continuity of the day. These 52 Earths have largely been fallow ground until now, but we drop in on several in the company of some great artists.

Unfortunately, the opening chapter doesn’t convey this, appearing to be Grant Morrison being Morrison, throwing out technobabble amid vast cosmic occurrences intended to underline just how very important everything is. Morrison is a fearsomely imaginative creator, and this is one of those occasions where it seemingly runs away with him, the gaps not filled in on the page, but in his mind. That’s not the case.

Everything needed to make sense of the opening chapter is sifted into the following tales, along with far more background. It’s perhaps not the wisest decision for publication of the original comics, yet works wonderfully as a collection. The characters we observe bear familiar names, or cite familiar references, yet these are different in context, and each of the worlds visited is aware on some level of an impending cataclysm with consequences for the multiverse. In each there’s reference to comics, initially considered haunted, gradually recognised as containing important clues bled through from other realities. It’s a masterful re-working of an early 1960s concept allowing the then relatively new Flash to meet his predecessor.

Varying narrative approaches consolidate the spotlighted Earths. One is populated by dozens of bored celebrity superheroes with no threats. Another is Morrison’s compacted Watchmen, brilliantly realised by Frank Quitely (sample art right). The key chapter channels early 1970s DC comics where covers informed the reader only they could save the hero within, and the hero frequently addresses us. Another world hosts the original innocent Captain Marvel and associates. Morrison confidently acquires such unfashionable concepts, and presents them as was, not as some post-ironic workover.

Perhaps the finest achievement in a book over-spilling with them is the welding of a guidebook to the 52 Earths with a plot in which the information it provides is essential. Many artists contribute to that, but those pencilling an entire tale are all excellent. Ivan Reis delivers the opening and closing superheroics (sample art left), noticeably amending his art to reflect the nature of the Earths presented. In between we have Jim Lee, Doug Mahnke, Scott McDaniel, Ben Oliver, Quitely, Chris Sprouse, Cameron Stewart, and Marcus To.

There is a minor production problem as figures and some dialogue disappear into the central binding of the hardback, particularly affecting a Captain Marvel scene in which he’s all-but invisible. It also affects Rian Hughes’ superbly designed Map of the Multiverse, but that’s reprinted inside the dust jacket.

Morrison ties everything up in quite the oblique manner, referring to cosmic disasters being a regular occurrence in order to satisfy the demands. It’s here we step into the metafictional aspects, in which we’re all complicit in the conflict and tragedies afflicting the assorted heroes. These will continue as long as the buyers of comics demand them. It’s written, however, on a level that this can be dismissed as the portentous ramblings of an uber-villain, and the entirety consumed as the grandest of multiversal crossovers.

The Multiversity is glorious mind-boggling superhero comics on an epic scale. Let’s call it what it is: Kirbyesque.