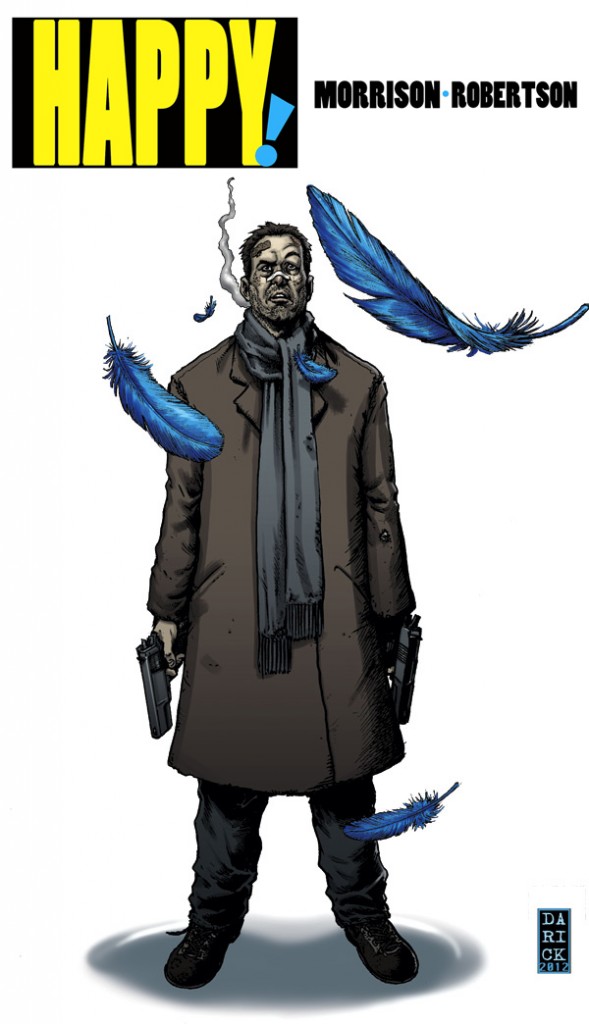 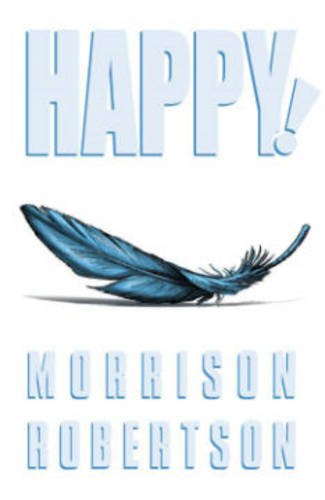 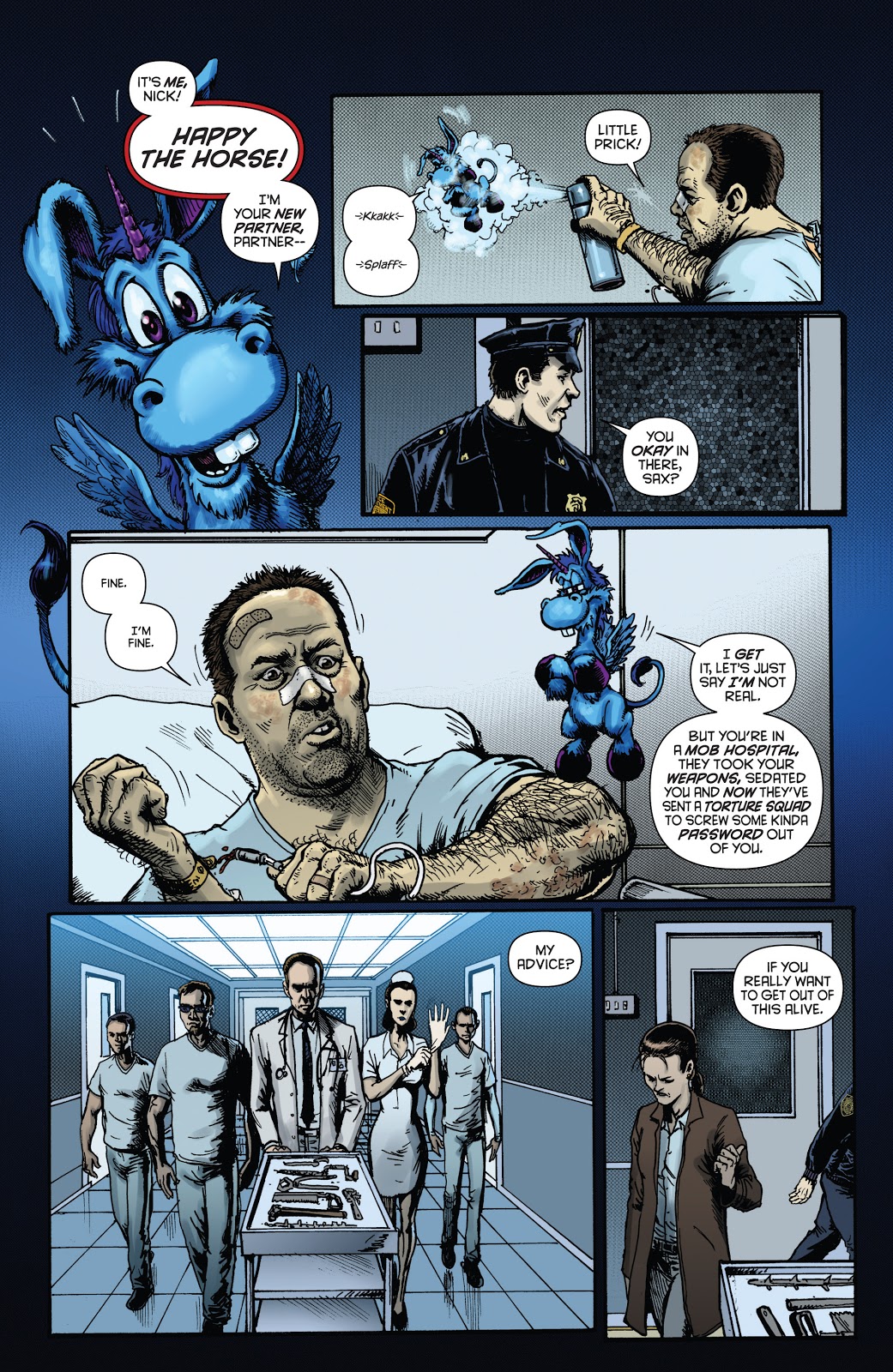 Grant Morrison receives little credit for the sheer variety of his comics work, and with Happy he delivers his first attempt at hard-boiled crime fiction. Being Morrison, though, it isn’t that straightforward. The choice of Darick Robertson as artist fresh from The Boys, reinforces the form.

Reading through the opening pages one might almost have stumbled into a Garth Ennis story, as assorted potty-mouthed criminals and tough guys go about their business. The giveaway is that Morrison doesn’t quite have Ennis’ facility for naturalistic dialogue. His compensating strength is an ability to weave insane elements into a story without interrupting the flow as the reader gawps, such as a particularly unpleasant individual despatched while engaged in oral sex wearing an ornate cockroach costume.

Nick Sax is a former cop who retreated into the bottle, unable to cope with the corrupt and sordid environment he inhabited. Now a brutal contract killer, his self-destructive life-spiral is ever downwards. Redemption begins in a hospital bed and the appearance of a miniature cartoon flying unicorn just distinct enough to prevent legal letters from the owners of My Little Pony. The Happy of the title is the imaginary friend of a little girl in great danger. As Sax attempts to pursue his own agenda, the relentlessly upbeat Happy constantly cajoles him to keep promises, and Sax eventually discovers there’s a very good reason for doing so.

Overall Happy is very much the curate’s egg. The one big novel idea overwhelms the very necessary remainder where Morrison rarely strays from cliché. There’s a deliberate intention to portray contrasting poles of existence, but given Morrison is a superior writer, the question arises of whether or not this was intended as satire, Morrison’s commentary on endlessly recycled genre tropes. If so, it’s a subtlety free zone, destined for categorisation as a footnote in Morrison’s startling career, yet nevertheless a conceptual innovation that prompted a short run TV show. Robertson brings his familiar skillset to the table. His settings convince, and it’s not every artist who’d seamlessly incorporate a cartoon unicorn, but the flipside is the static quality of his people, always looking posed.