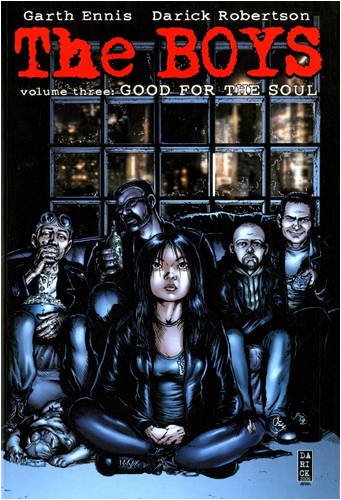 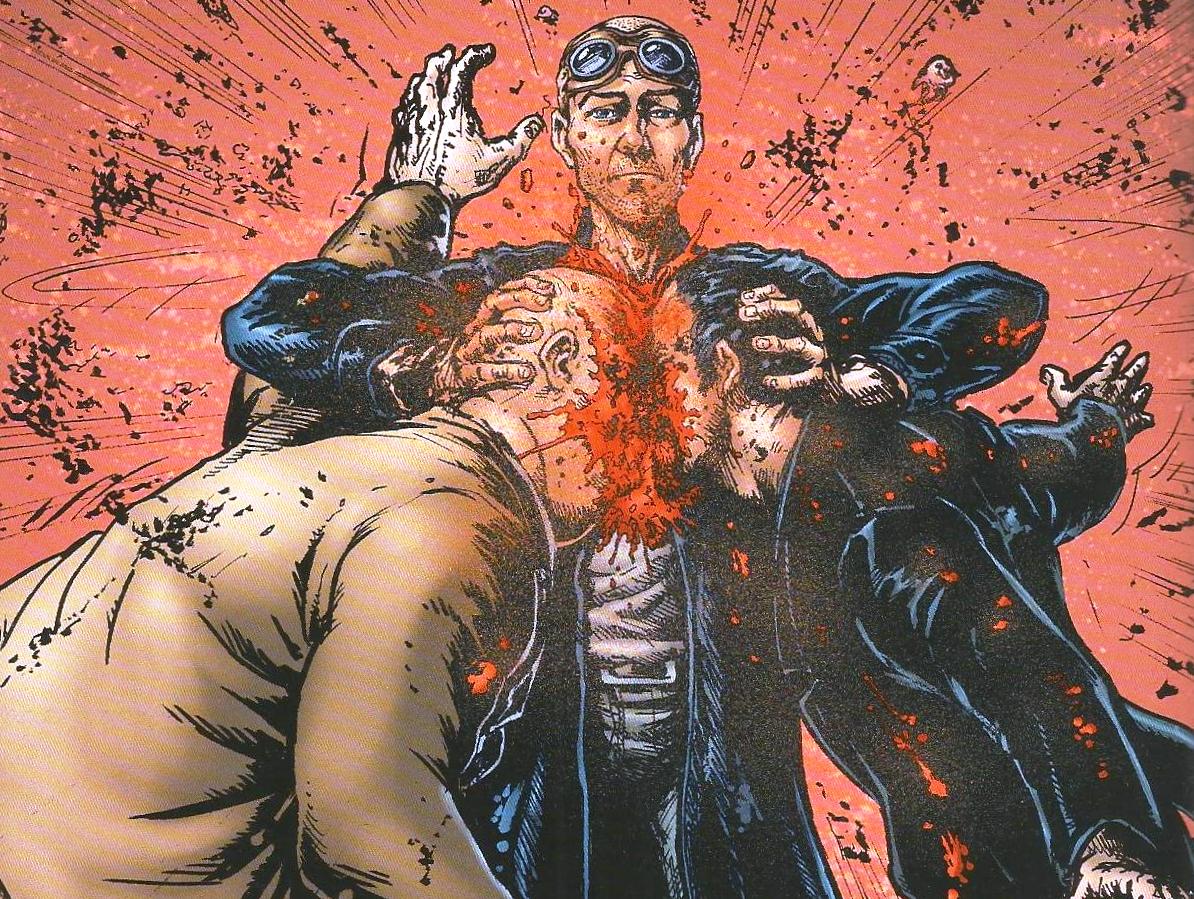 Confessions and revelations are the theme of this volume, as Annie January, a.k.a. Starlight, ingénue of the lustful and avaricious ‘super-heroes’ the Seven, ponders her relationships with her God, and her current and former teammates. A trip back to her old group, the Young Americans, reveals to Annie that her past with them was mostly a façade, and with everything going south in her life, she renounces her beliefs, instead putting her faith in her new boyfriend Hughie. Unfortunately for Annie, Hughie is one of the Boys, the CIA-backed unit tasked to keep the super-beings’ greatest excesses in check. Though each is as yet unaware of the other’s secret life, this doesn’t bode to end well.

Meanwhile, Hughie, after a disturbing encounter with an old foe he thought he had laid to rest, is seeking answers of his own; and who better to tell him than the Legend, Vought-American’s publicity flak who spent decades whitewashing the ‘supes’ escapades for public consumption? In rapid succession, he, and the readers, are brought up to carefully-edited speed on the origins of the Seven, and certain encounters between them and the Boys that go some way toward explaining the animosity between the two groups. Most compelling, though, is the account of the Seven’s involvement in the events of September 11th, 2001. To those who’ve been following their depredations there’s the shocking revelation that at least some of the Seven once tried to do something noble, and may, once upon a time, not have been completely venal and selfish. Back in the present, however, Starlight smacks down A-Train when he tries to forcefully repeat the ‘encounter’ from her initiation, and she’s reminded that the team’s good intentions were long ago.

The closing revelation is when Butcher, catching up on backlogged footage of the team’s surveillance of the Seven, happens upon the record of that same initiation, and cats start clawing to be out of the bag.

Despite being a ‘talky’ volume, with most of the action being in narrative flashback, this is a compulsive read, with Garth Ennis developing Starlight (in his original plans a one-note joke character, intended to be increasingly degraded by the rest of the Seven) into a warm, empathetic figure. Despite losing her belief and having her illusions shattered, she remains an optimist – just not a naive one – and shows the resolve to start changing what she finds intolerable. Standing up to A-Train, and forging the vestige of a friendship with the Seven’s resident drunken slapper Queen Maeve, Annie still has the backbone to adhere to her own standards, and worry about becoming too like her dissolute comrades. Against everyone’s expectations, including the author’s, she emerges as the ‘breakout’ character of the series in this volume.

The truly compelling tableau, however, is the 9/11 account, a cascade of disasters caused by sending untrained powers into operation without any planning or preparation. All too plausible, and evidently the start of a least a couple of the Seven’s breakdowns, it is a heart-rending catalogue of good intentions (albeit initiated by political puppetmasters) misfiring.

Darick Robertson’s illustrations move dexterously between the largely serene and contemplative mood of the first story arc, and the grim, chaotic sequence of the Seven’s 9/11 intercession. A gifted storyteller who can handle the tender, the tragic and the trashy with equal facility, his range is well displayed here.

A couple of variant covers are the sole ‘bonus’ items here, before we pick up the narrative in We Gotta Go Now.