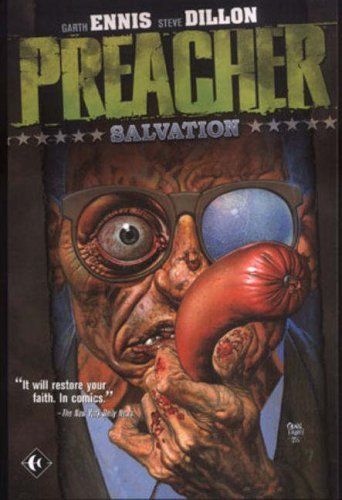 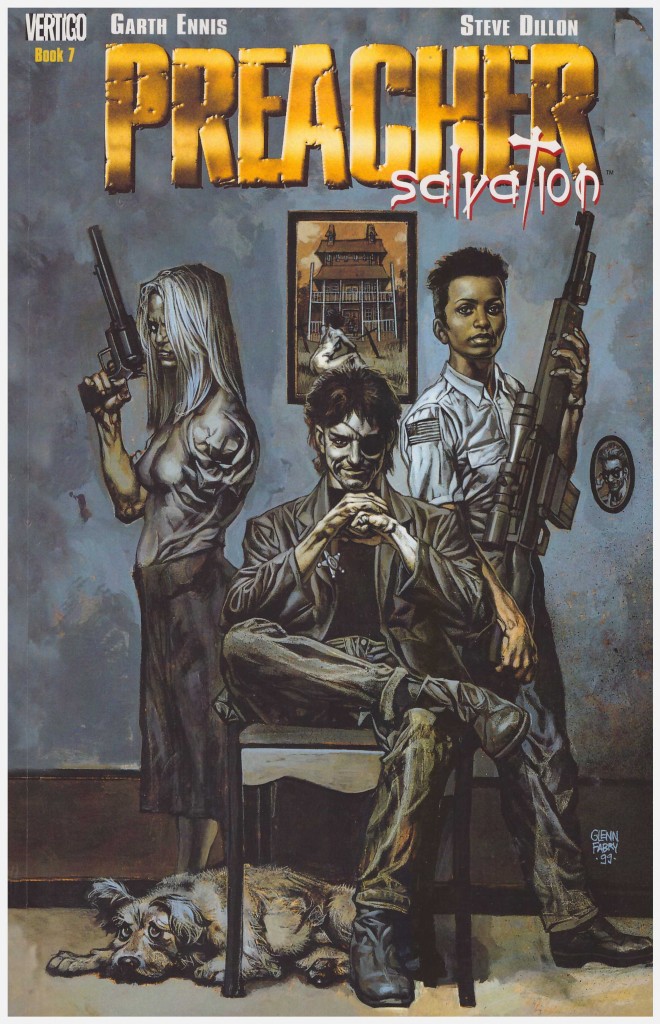 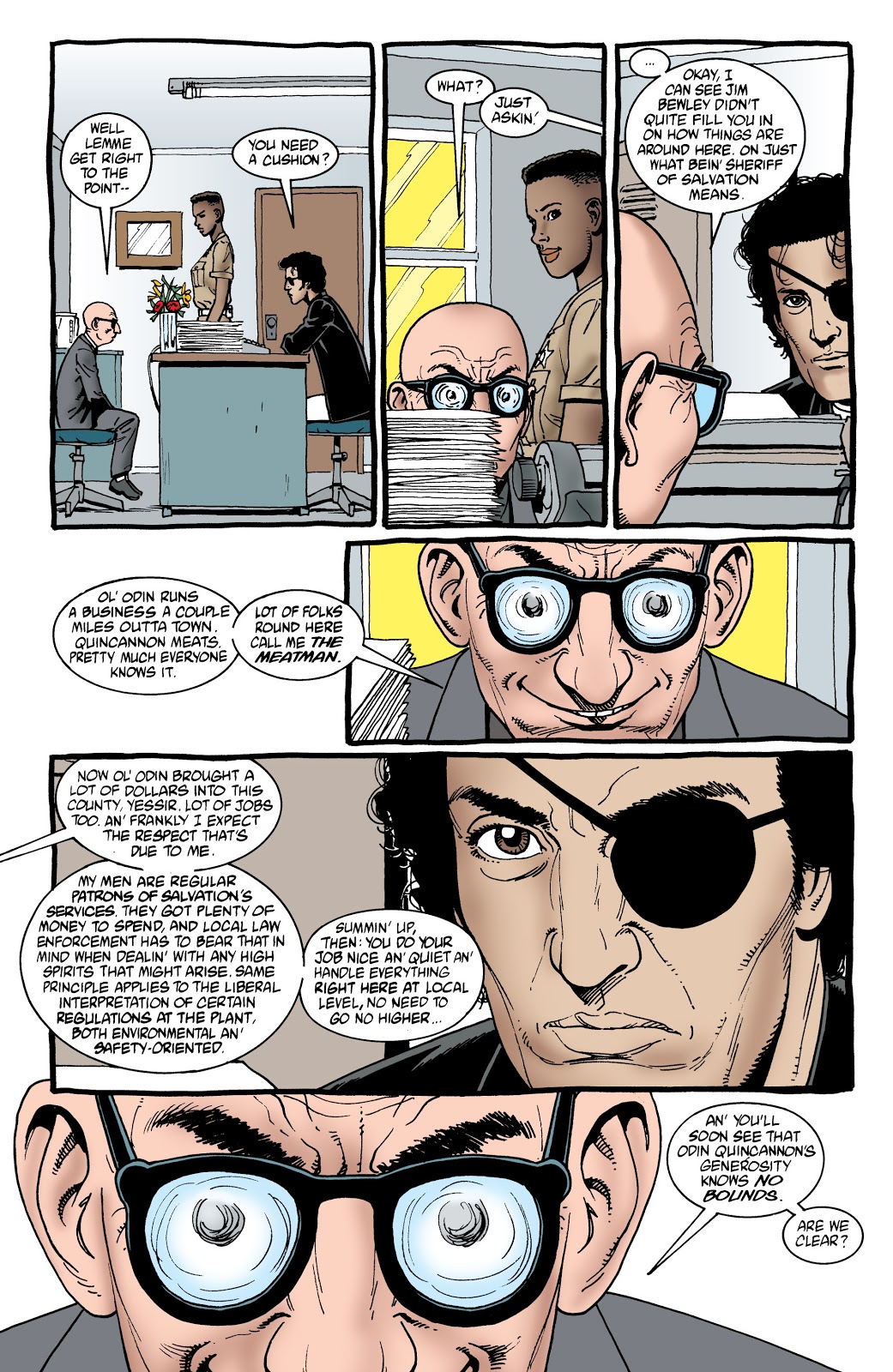 Garth Ennis appears to have had a writer’s instinct that Preacher required freshening up after War in the Sun, and Salvation sidelines Tulip and Cassidy to concentrate on Jesse Custer. Six months after the previous volume he’s settled in Salvation, a small nondescript town entirely dependent on the local meat processing plant for employment.

Ennis deserves a whole lot of credit for removing Custer from his companions and enemies, yet within a few chapters having replenished the supporting cast with a new selection of rogues, eccentrics and grotesques. Vision is key in Salvation, and few people have it. Odin Quincannon, owner of the meat processing plant, is a man of singular insalubrious perversion who squints at the world through inch-thick spectacles. Custer remembers Jodie as his childhood best friend’s sister. Inbreeding means she was born with a single eye near the centre of her face, and its coupled with a condition meaning that visual messages to her brain are confused. Custer himself lacks vision, having lost an eye somehow during War in the Sun, but can’t recall exactly how. Jodie owns the local bar and possesses two functioning eyes, but is minus an arm after a bad day with an alligator, which possibly contributes to her surly attitude. Yet for some reason she instantly warms to Custer.

It’s long been established that Custer has a clear moral compass, although it’s sometimes out of kilter with legislation. “Law’s only any use if does some good”, as he so eloquently phrases it, and he rapidly becomes a man of influence in Salvation. As he does so, Ennis takes us around the town, introducing us to the Nazi spy, the sado-masochistic lawyer and someone who’s not been seen since Until the end of the World. Midway through Custer uses his power, and it’s been so long since it was previously employed it delivers quite the jolt.

For all the initial unfamiliarity, Custer’s stay in Salvation is as fine an arc as any in the series. Ennis provides a shock revelation about almost all the major characters, artist Steve Dillon delivers, in splendid form with a Ku Klux Klan scene, and there are some fantastic covers by Glenn Fabry reproduced from the original issues.

Post-Salvation there’s a semi-hallucinogenic chapter in which Custer is set back on his course again via some new answers, and Ennis rounds off the book with a buddy tale set in Vietnam. It’s okay, but doesn’t live up to the regular fare. It’s back to the more familiar cast with All Hell’s A Comin‘.

In 2009 the Preacher books were re-formatted, spreading what was previously nine collections over six hardcover volumes, later re-issued as paperbacks. The entire content can be found in Preacher Book Five.