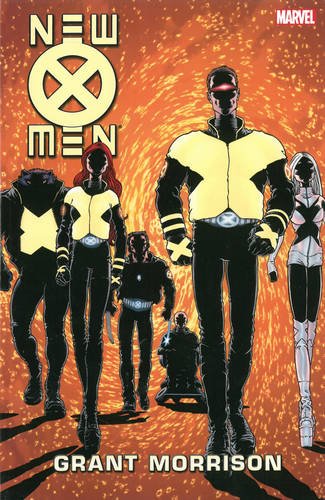 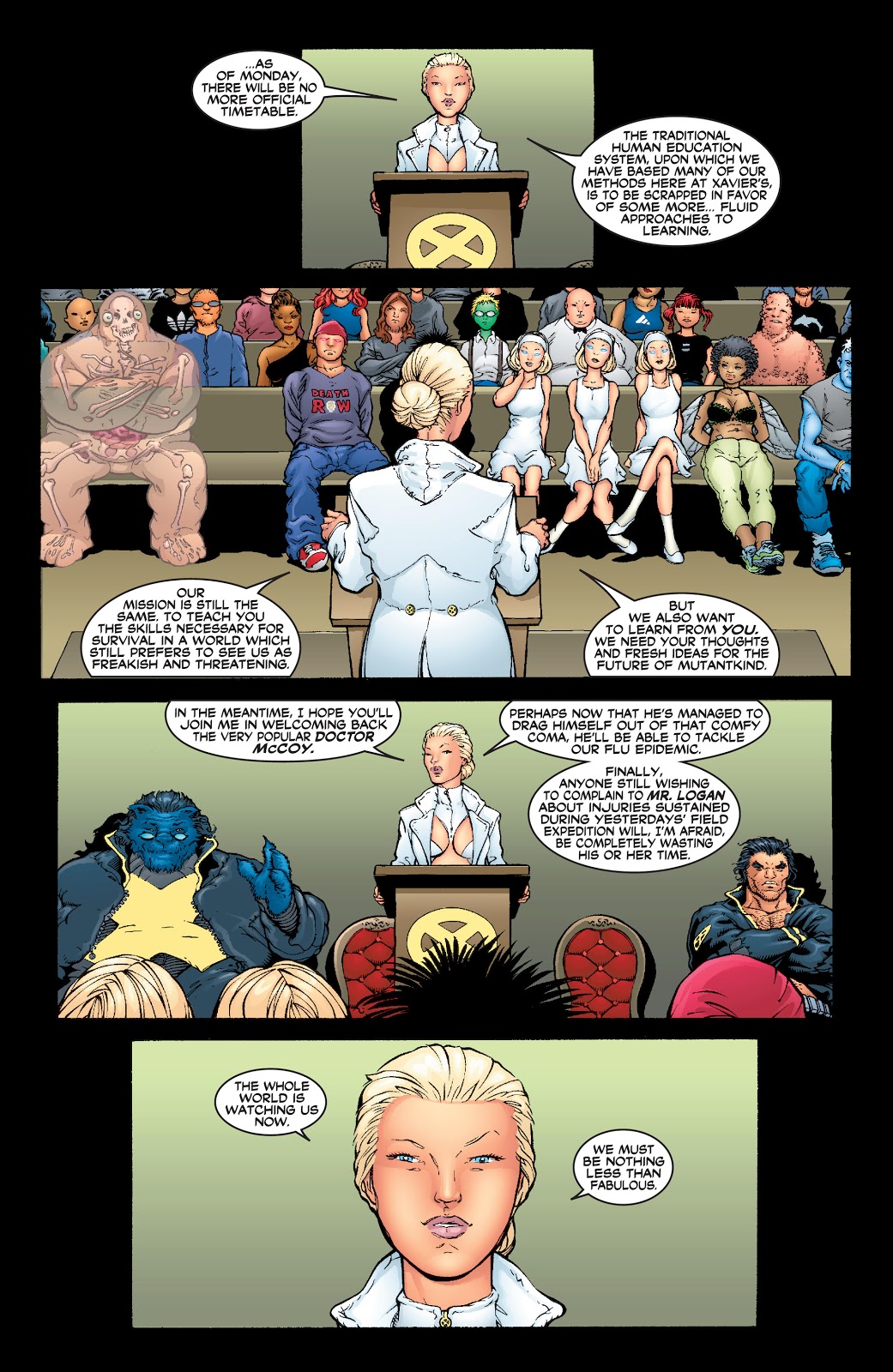 Before Grant Morrison arrived to write an X-Men title in 2001 the franchise had settled into a creative complacency. There were more X-Men comics than ever, yet pages were filled with very little standing out as the characters progressed from comics to movies. Morrison identified this ennui in his pitch for the series, reprinted in the paperback edition of E is for Extinction. He proposed broadening the scope in an attempt to attract new readers rather than re-cycling the status quo in plots requiring extensive knowledge of previous continuity.

The two volumes reprinted here, E is for Extinction and Imperial, showcase that vision. Many might have been able to identify the problems plaguing X-Men titles, but it required Morrison’s imagination and creativity to rectify them in such stunning fashion.

In his introductory arc Morrison is helped by the breathtaking art of Frank Quitely, whose presence diminishes as the book continues. Professor X is attacked from a previously unknown source, and the mutant community of Genosha is destroyed. That leads to an odd wordless sequence set inside the professor’s mind, and then to space opera on a grand scale. Countering that, Morrison re-established the notion of the X-Men as originally introduced, reinforcing Professor Xavier’s School for Gifted Youngsters. Much of this volume is set around the school, both as a means of characterising his core cast and in examining the effects anti-mutant hatred generates.

Where this collection might appeal in preference to the individual volumes is that also incorporates an annual omitted from the early printings of those. It’s experimental, laid out in horizontal format, but artist Leinel Francis Yu, while very good, doesn’t really exploit the panoramic options this affords. The tale introduces Xorn, fundamental to Morrison’s later work on X-Men, but the idea of a mutant sun encased within a helmet comes across as a concept more suited to his more outre work.

With Quitely patently unable to maintain the monthly schedule the original comics required, other artists are drafted in. From a strong start, Ethan Van Sciver improves noticeably during his X-Men material, de-cluttering pages and telling the story rather than emphasising the image, but Igor Kordey’s sketchier style and crowded pages are less impressive. It’s not that he’s poor, but he suffers in comparison with Quitely and Van Sciver.

In keeping with his ideal of shedding the problem of continuity-reliant material, Morrison’s use of established characters is sparing. His X-Men are Cyclops, Jean Grey, the Beast, Professor X and Wolverine. He augments this core team with a finely characterised Emma Frost, and bequeaths numerous new characters throughout the run, here débuting the Stepford Cuckoos, a new Angel and Beak in addition to Xorn.