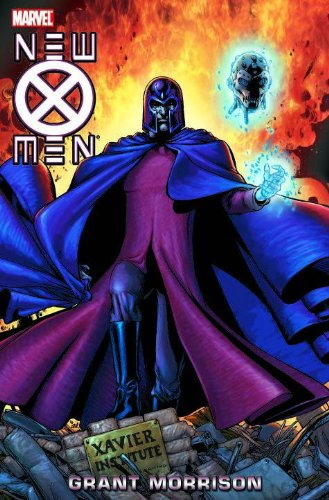 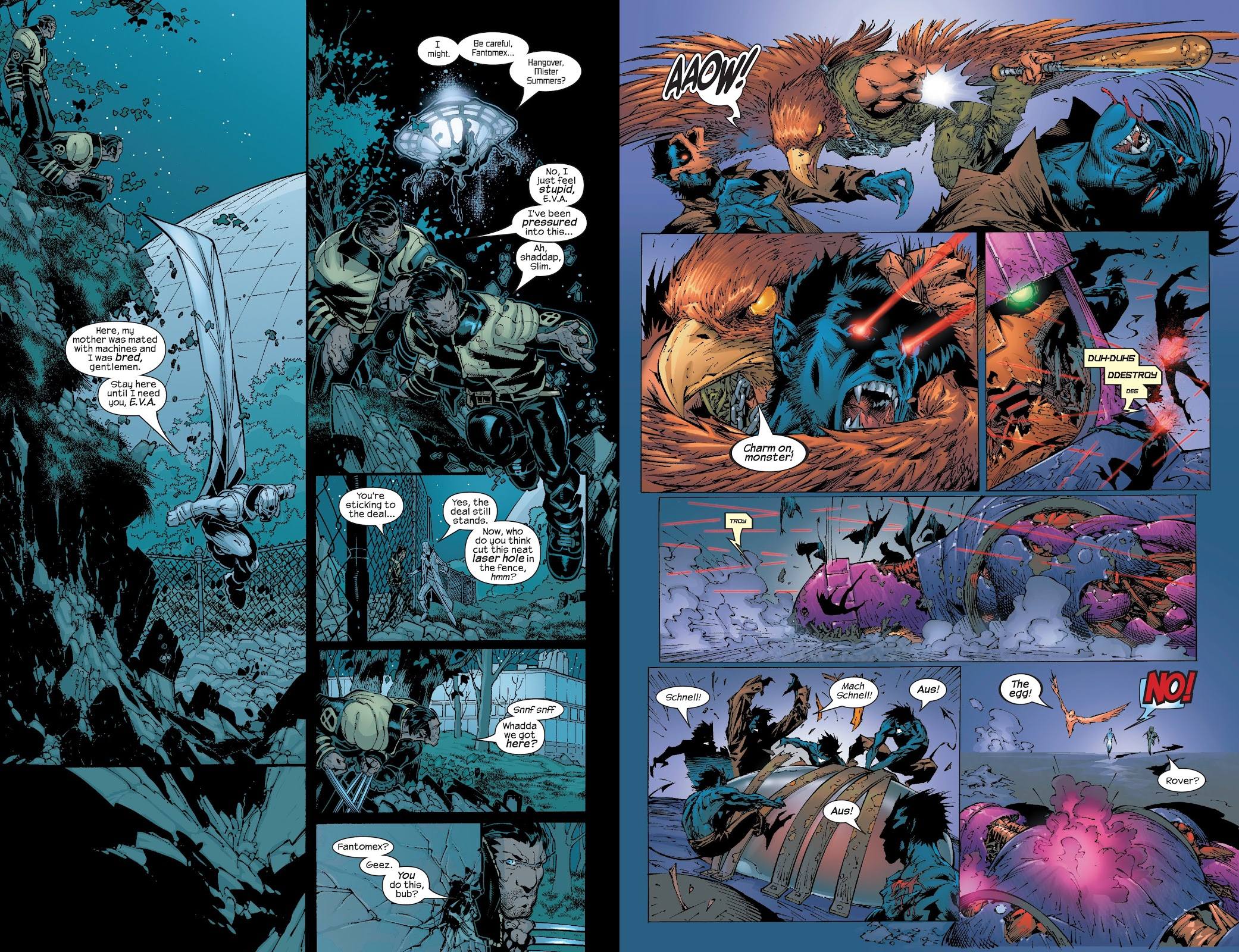 Grant Morrison’s run on X-Men was characterised by imagination and wit, and by every story arc adopting a different mood. This third bulky paperback collection encompasses the all out action thriller, the traditional superhero vs super-villain battle and the complex science-fiction finale. It’s the weakest of these collections.

Oddly, it’s not the superhero battle that provides the dip. In fact it’s the satisfactory filling between two slices of plain bread. Perennial X-Men foe Magneto manages to take over New York, his sneaky plan disposing of the X-Men with relative ease, and he acquires a new bunch of hench-people from among Professor X’s students. Morrison’s view of Magneto is as a terrorist with a reprehensible agenda, and he’s characterised as very fond of a monologue. Quite the old luvvie, in fact. Was it Ian McKellan Morrison had in mind when he scripted lines crying for projection such as “To stand the Earth on it’s head is hardly the work of an afternoon”, or when he has the Toad explain “They really have no idea what you’re talking about when you do all your big Shakespearean stuff.”

All Magneto’s posturing about the inalienable superiority of mutants is actually given a boost when the weakest of their number actually initiates his downfall. By turns funny and tragic, the ‘Planet X‘ arc is very satisfactory, and nicely drawn by Phil Jimenez.

Chris Bachalo’s stylised cartooning on ‘Assault on Weapon Plus‘ is also very good, but possibly more of an acquired taste with his ambitious layouts and distorted figures. This is Morrison’s equivalent of the Bruce Willis action movie, with the lone man, or trio here, facing insurmountable odds. It’s not quite that simple, though, as it’s tied into the origins of Wolverine and Fantomex, and drops some interesting ideas about genetic destiny.

These are picked up in the closing sequence, ‘Here Comes Tomorrow‘, set 150 years after the shocking conclusion to ‘Planet X’. Humanity has been almost eradicated, the X-Men are a very different team, and everyone believes being able to control the Phoenix will enable them to re-shape the world to their desire. That turns out to be true. There’s a good revelation about an entity who’s revealed to have motivated much of what occurred during Morrison’s stories, but overall this is difficult to follow, obfuscated by mystical technobabble. Marc Silvestri’s art will be a welcome return for those who enjoyed his previous X-Men. He produces good landscapes, but his poses of the cast are very much stock material.

As well as being found in individual paperbacks named after the above story titles, the story content here is also spread over books seven and eight of a digest-sized reprint series. It’s also in the all-encompassing oversize hardback Omnibus edition of Morrison’s X-Men work.