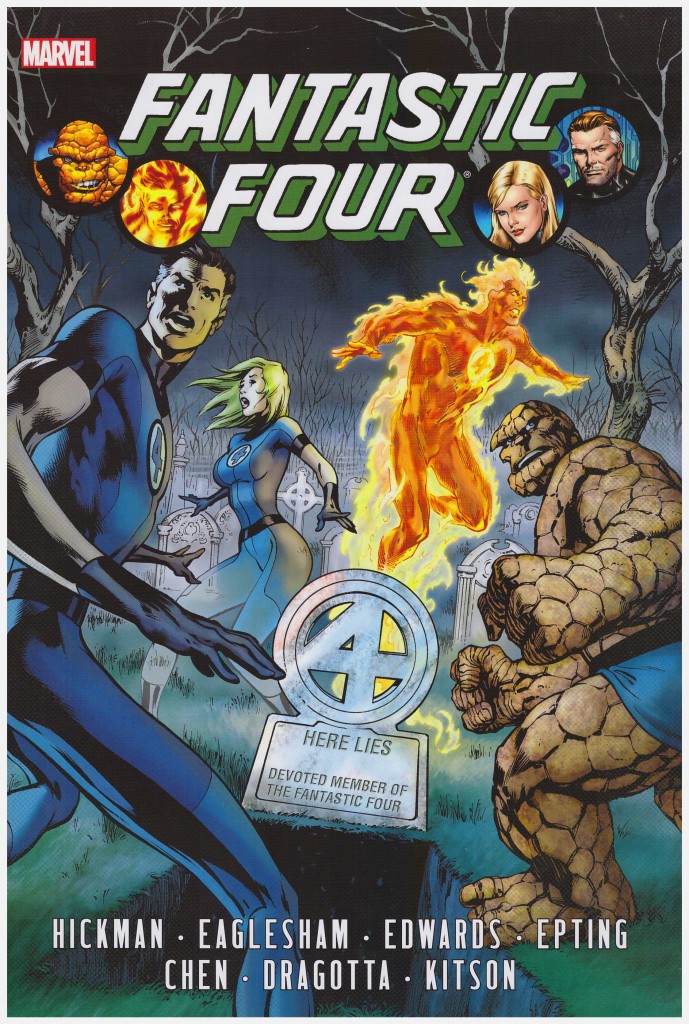 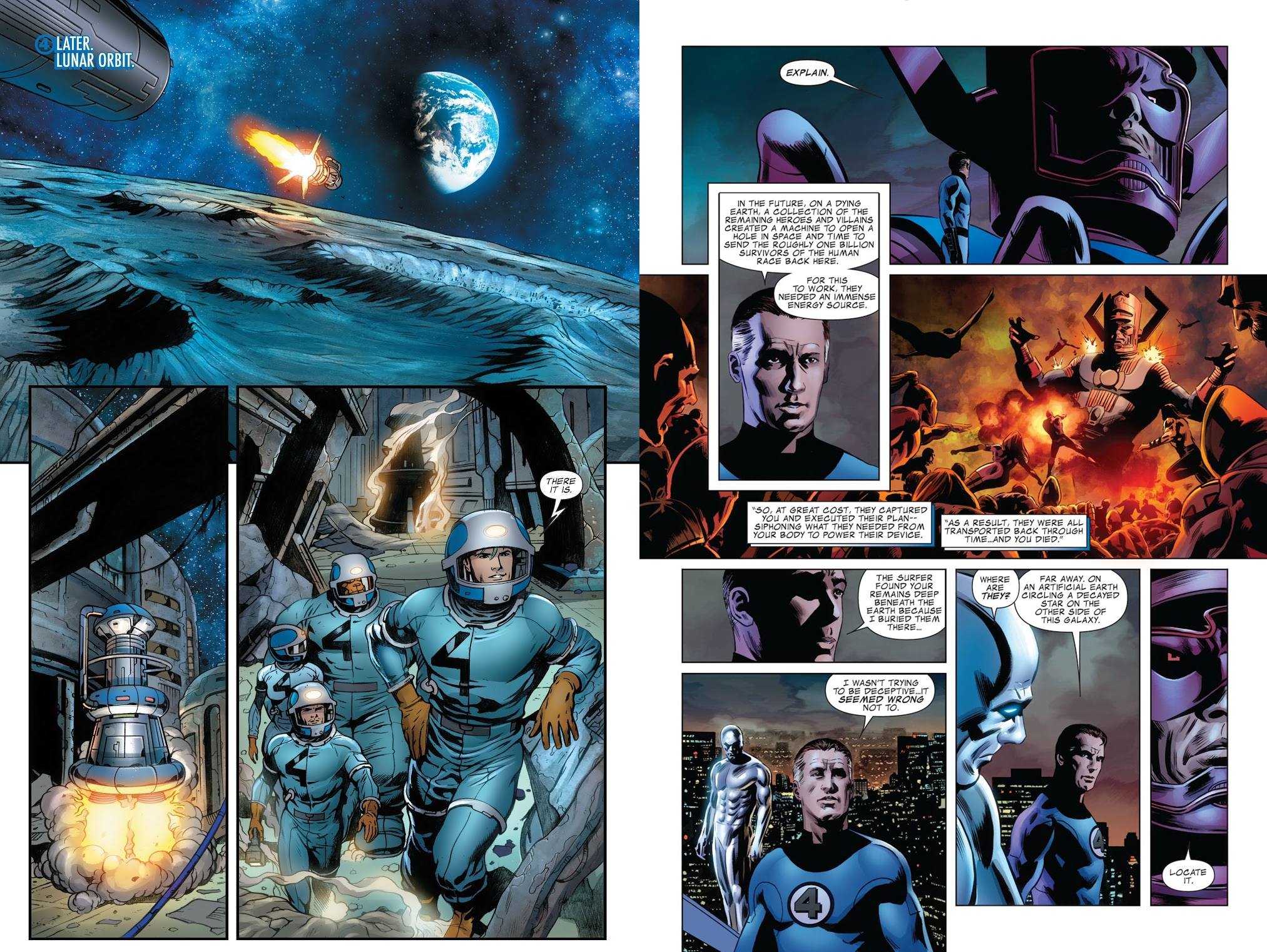 Jonathan Hickman re-defined the Fantastic Four in fantastic fashion, transforming them from the standard super-team they’d become into pivotal figures central to events on a galactic scale. He plots for the long term, so those reading the original monthly comics collected here were surely frustrated by the manner in which one splendid idea would succeed another as more and more elements were added to the ongoing scenario, but nothing was ever resolved. It’s a problem that carried over to the paperback volumes collecting up to six chapters, and even manifests here as the volume stops mid-story.

What it does do, though, is display the scope and ambition of what Hickman set in motion. He starts with Reed Richards living in a world to which his principles contributed realising that things have gone seriously askew and wondering what he can do to fix matters. From this point we’re taken on a stunningly imaginative journey. Richards meets his counterparts from alternate universes, new cities manifest on the moon, under the sea and from the bowels of the Earth, time moves rapidly forward on an alternate Earth, people from the future want to set the past to rights, and Annihilus lurks in the Negative Zone waiting to unleash a second annihilation wave.

In all of this Hickman takes his lead from the earliest Fantastic Four stories of Stan Lee and Jack Kirby where the team were explorers and adventurers, not one of many aggregations whose primary purpose is fighting super-villains. Those villains do appear, and there’s the occasional fight, but for the most part Hickman sees the team as achieving a higher purpose, so the appearing villains are re-jigged to avoid the conflicts of the past. Richards assembles a team of youngsters from several societies and backgrounds and their purpose is the betterment of the future.

Characterisation is at the heart of Hickman’s stories. At times it seems he considers the effect of every action on every single member of the large cast he accumulates. He’s adept at delivering charming children. Franklin and Valeria Richards are essential to his work, the torch here picked up from Mark Millar who preceded him, and of particular note are the Moloids. They’re artificially advanced children from a subterranean society who look up to the Thing and whose speech patterns are gloriously bizarre.

In contrast to the army of artists to be found in the second omnibus volume, four artists are responsible for 25 of the 30 chapters found here. When the bulk of the art is supplied by Sean Chen, Dale Eaglesham (sample art left), Neil Edwards and Steve Epting (sample right) there should be little cause for complaint. All offer clear storytelling, interesting layouts and good characterisation. The Chen illustrated chapters that start the book are the weakest, but that’s down to Hickman settling in rather than artistic deficiency.