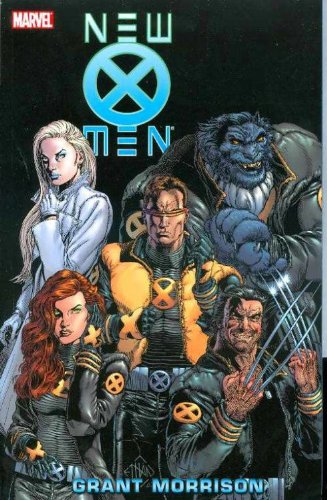 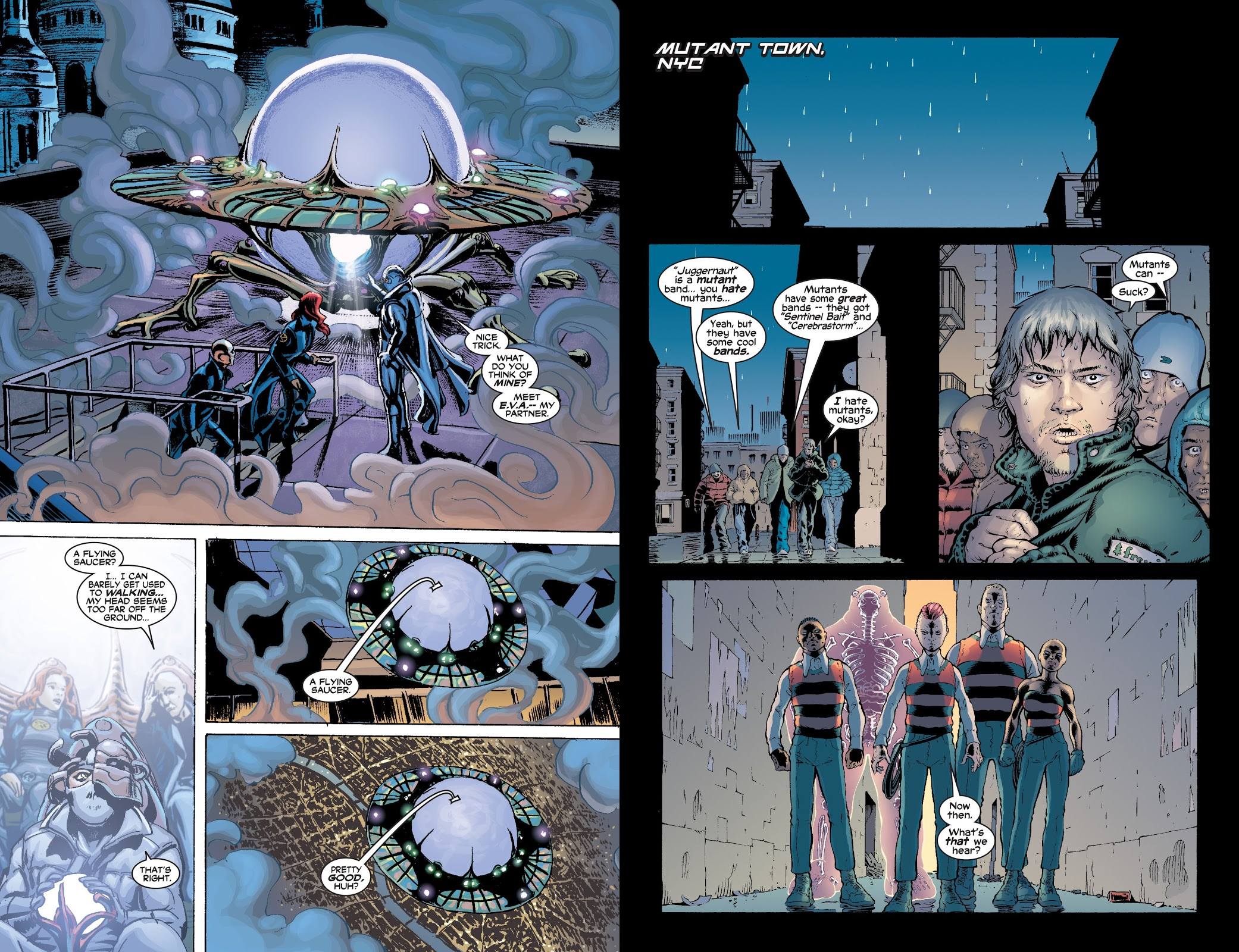 This second voluptuous collection of Grant Morrison’s early 21st century X-Men material encompasses volumes previously published as New Worlds, Riot at Xavier’s and the ‘Murder at the Mansion’ story from Assault on Weapon Plus. It’s a breathtaking aggregation of how Morrison redefined what an X-Men comic could be.

His stories are centred on ideas new to X-Men, they’re big, they’re fascinating and Morrison constantly switches the type of story told. Furthermore he supplies half a dozen worthwhile new characters who’ve regularly appeared in the years since, and manages it all without a conventional super-villain in sight. All right, there is, but that’s a revelation for volume three.

The book opens with Chinese mutant Xorn seeking solace in the Chinatown area of New York, then segues into the X-Men going public and global, embracing a change forced on them, and opening refuges for mutants across the world. There are then ties to the sinister project that experimented on Wolverine, a tearjerker set in the destroyed mutant community of Genosha, and the reason why terrorists shouldn’t attempt to hijack a flight on which the planet’s most accomplished telepath is a passenger: “Disarming the bomb in your bowel might also be a good idea Mohammed”. The remaining sequences all occur at Professor Xavier’s School for Gifted Youngsters, as another powerful telepath experiences a visionary transformation and leads a revolt, the relationship between Cyclops and Jean Grey undergoes turbulence, and someone is murdered, leading to an investigation.

These are stories packed with fine individual moments, many of which display concepts or characters in a new light and with strong story ideas. What if the project that created Wolverine continued their genetic tinkering? What if some pupils at Professor X’s school didn’t share his ideals? Take the hoary old chestnut of anti-mutant bigotry, an agenda that’s perpetuated X-Men material since the title’s earliest days. Morrison’s version is a two-pronged investigation in which equally bigoted mutants fan the flames as other trainee X-Men come under attack from well-equipped zealots. “Seize the school, try the humans for their crimes” is contrasted with “It is our duty to harvest the organs of these mutants, the younger the better.” Out of context these soundbites may resemble Morrison’s more surreal material, but rest assured everything here is equally imaginative, but linear and comprehensible. Not that surprises are absent.

Artistically the book ranges from the superb character-driven delicacy of Frank Quitely to the murky and cramped standard superhero stylings of Igor Kordey. Keron Grant, Phil Jimenez, John Paul Leon and Ethan Van Sciver all fall in between, with clear, light, and detailed storytelling favoured.

As well as being found in individual paperbacks, the story content here is also spread over books four to six of a digest-sized reprint series. It’s also in the all-encompassing oversize hardback Omnibus edition of Morrison’s X-Men work.