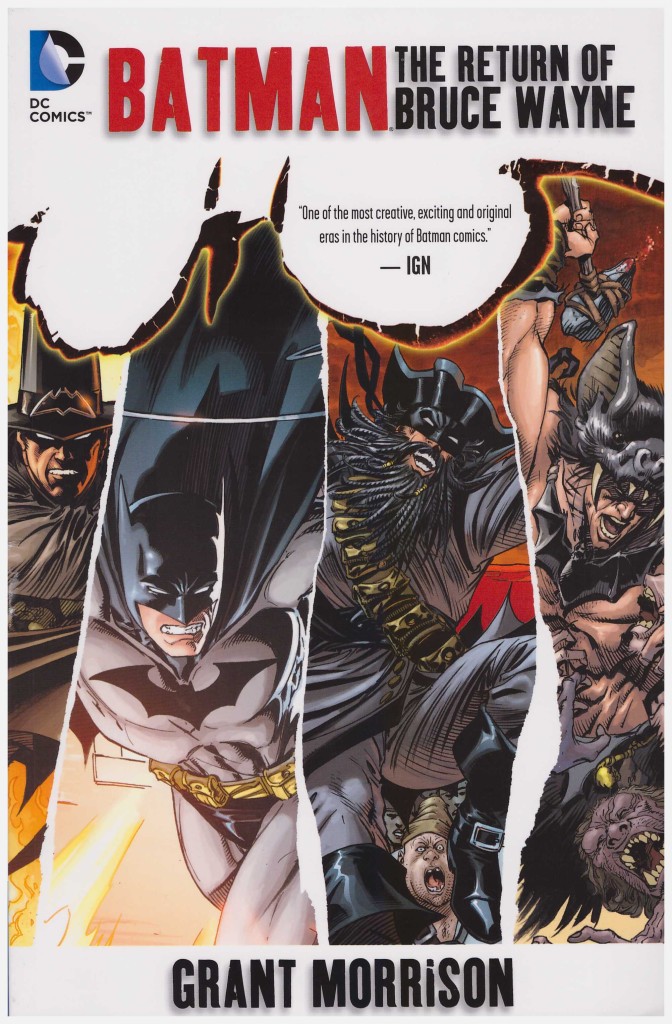 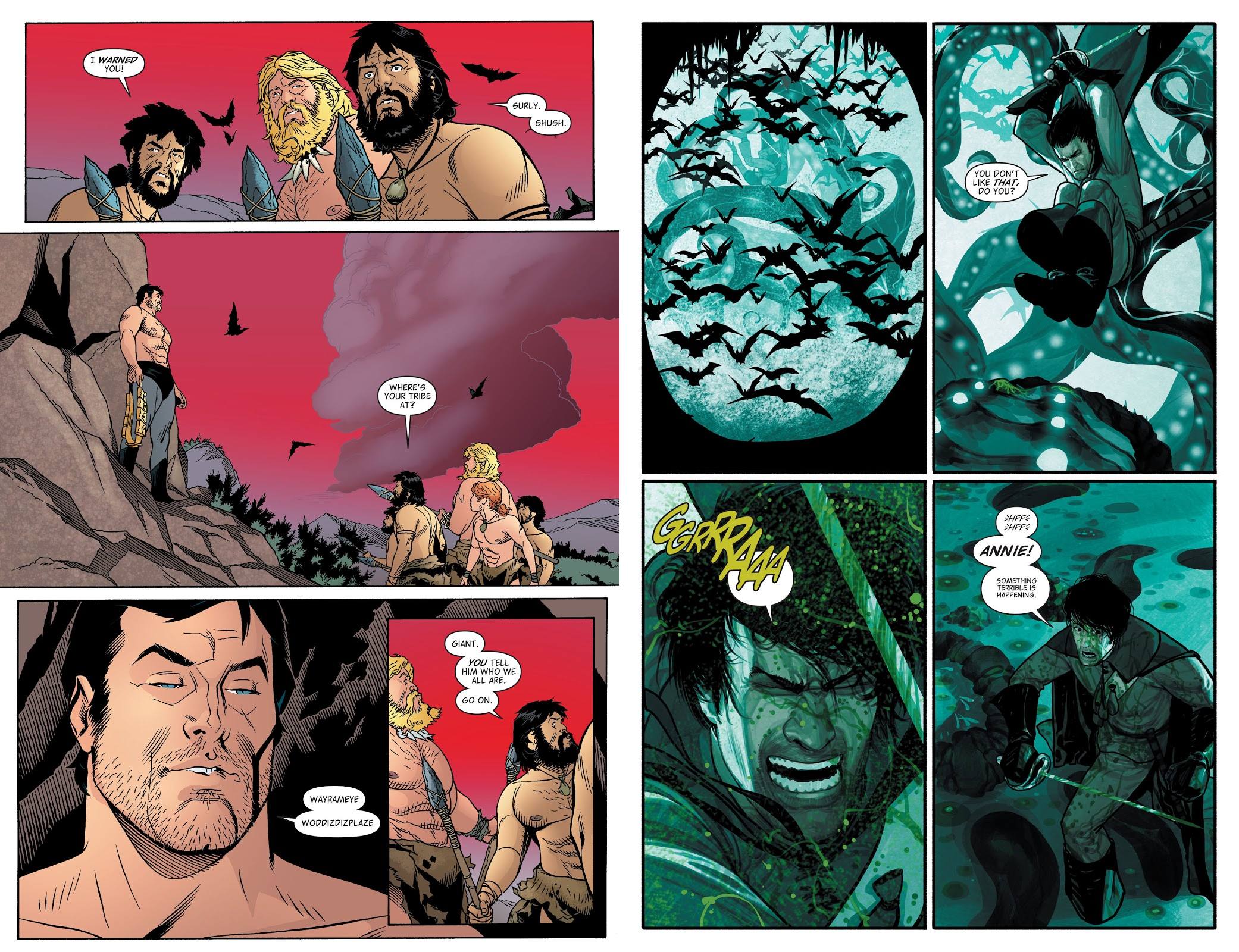 Grant Morrison spent several volumes dismantling Batman and Bruce Wayne, at which point they were shunted into Final Crisis and seemingly killed by the demonic lord of Apokalips, Darkseid, of all people. Surely no-one believed that to be Batman’s final fate, despite others stepping into the cape and cowl? Sure enough, along comes The Return of Bruce Wayne. It’s great.

Instead of being killed, Bruce Wayne was shunted through time. He awakens in a cave full of bats in the prehistoric era, and despite not possessing all his faculties, he’s resourceful enough to recognise the contents of Batman’s utility belt and how to utilise them. From there he acts as a temporal skipping stone, skimming through the eras encountering people that may be familiar to some, until arriving at a final destination minutes before the end of time.

Given it’s Morrison writing, a selection of Elseworlds Batman is enticing at face value, but this is much more. Darkseid’s not one to shuffle off stage quietly, and although unseen here, his fingerprints plaster the plot. While we’re all rooting for Batman to find his way back where he belongs, there’s a good reason he shouldn’t. Morrison shovels in all kinds of wild stuff. There’s allusions to previous Batman work both by himself and others, the establishment of an entire bat-related society and clever sidelines such as a string of pearls representing a strand of DNA.

In more ways than one, this is a deification of Batman, a man primed to outwit a fearsome God, in a very circular plot. Along the way Morrison has fun with cavemen, pirates, cowboys and gangsters, yet even those serve a larger purpose for exploration of various facets of Batman as seen in the past.

This is ambitious myth creation on a vast scale, and the devil is in the detail, so pay attention and you’ll be rewarded. Skim through and you can add your voice to those who carp that Morrison’s plots make no sense.