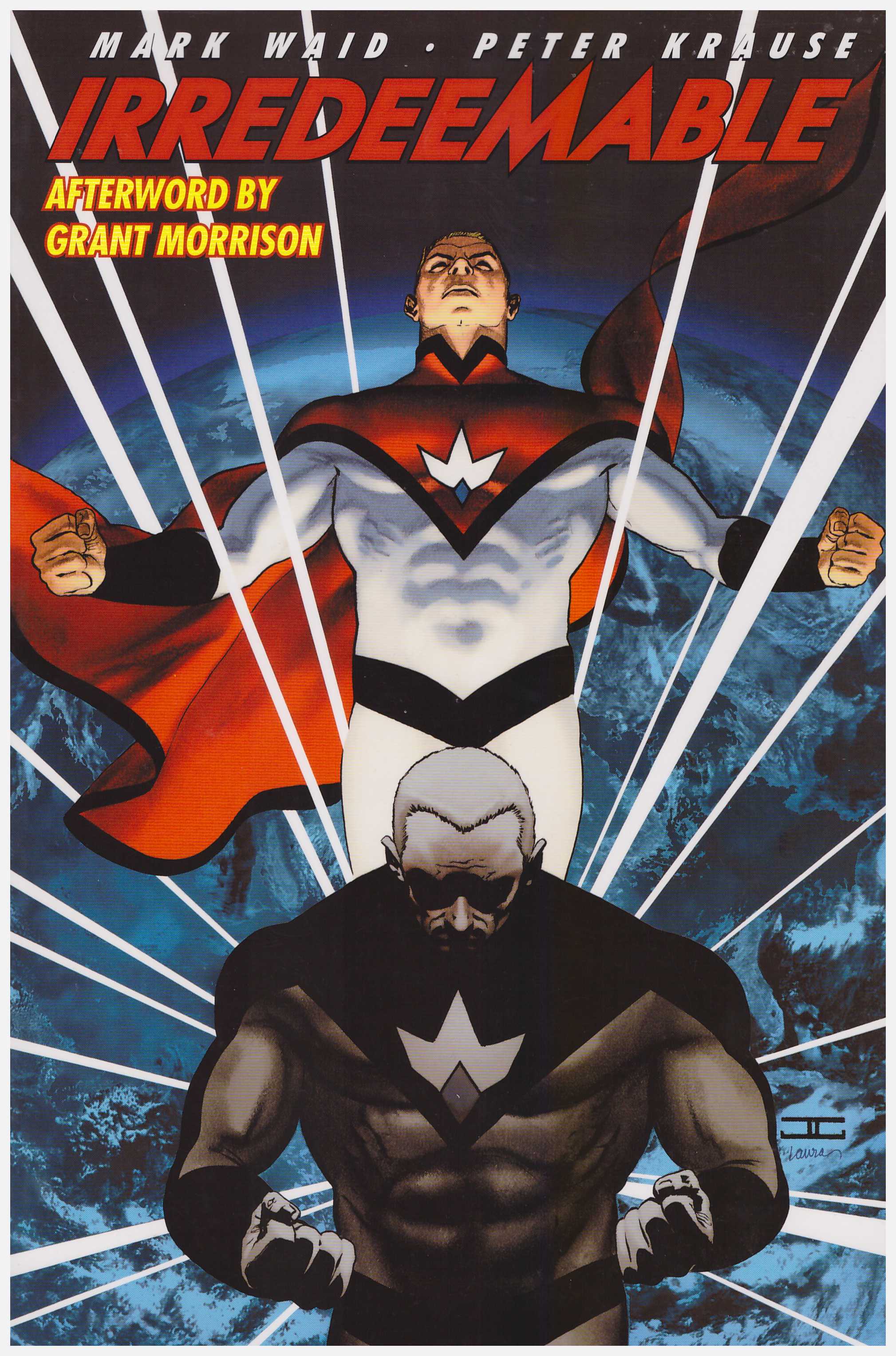 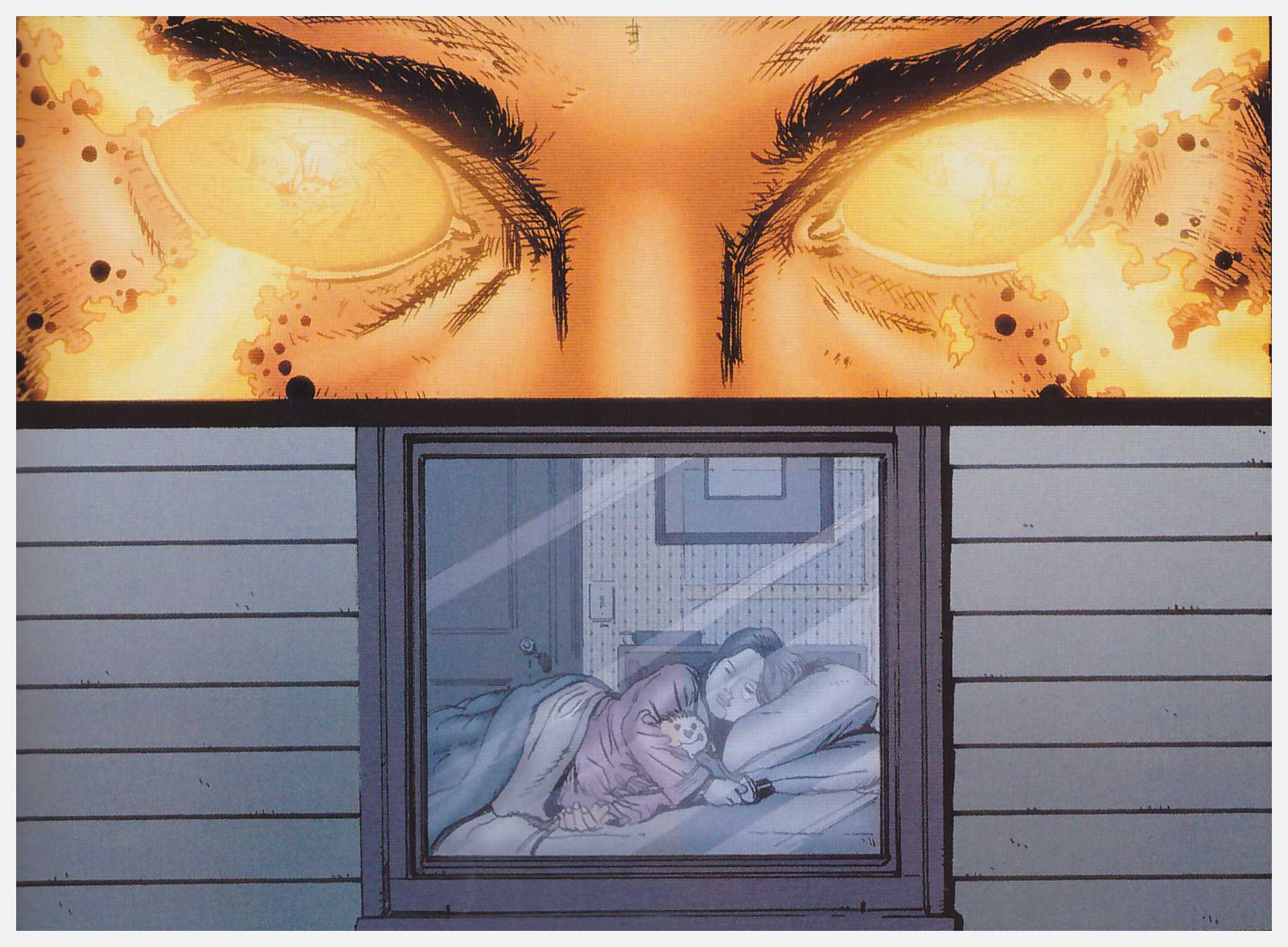 As Grant Morrison highlights in his afterword, Mark Waid’s reputation is as a writer of wide-eyed re-interpretations of the tropes from the 1960s comics he loved as a kid. Very much gee whillikers. Waid is excellent at delivering plot-driven nostalgia, but to sum him up as a one-note creator in this fashion does him no justice. Irredeemable is Waid’s effort to kick against type and the tagline he can’t use is ‘Superman Gone Bad’.

The idea of a reformed super-villain, often of the misguided or misunderstood variety, has been commonplace in superhero comics since the earliest days of Marvel. An exploration of the reverse is certainly not, although it’s worth pointing out The Mighty. The Plutonian is the world’s greatest superhero, the primary whiteness of his costume the outer reflection of his purity, but as the story opens his former team-mates are terrified of him. The narrative shifts between past and present contrasting the appalling deeds of the world’s most powerful man with the hero he once was.

Waid lays out his manifesto from the opening page. The first three panels are close-ups of a pair of eyes, at first normal, progressing to a crackling glow, with the fourth cutting to a young girl asleep in her bed cuddling a rag doll. To an audience conversant with Superman’s heat vision it’s a clever and horrific establishing scene. Several further sequences over four chapters will surprise and shock even those who’ve immersed themselves in superhero comics.

There’s some fun toying with aspects of Superman’s legend, such as revealing to his girlfriend he is the man masquerading as the bumbling spectacled engineer with a crush on her, but filching Superman and his environment would be too easy. Waid has put considerable effort into constructing an appropriate supporting cast, who take a back seat in this opening volume. Surprise is key to the series. One of many is that it wasn’t a life-changing moment of personal tragedy that transformed the Plutonian into a brutal oppressor, but a combination of fragile ego and super hearing.

Peter Krause is exactly the type of dependable artist needed to tell this story. There’s little exaggeration or flash for the sake of it, and the solid standard feel of his artwork accentuates the horror.

With a finite story to relate and a new cast unshackled by continuity or marketing precedence, Irredeemable can prioritise the unpredictable throughout, and Waid takes full advantage of his new playground. The series is now being re-released packaging two of the original paperback volumes into a single hardcover, or alternatively the entire series is collected in the Irredeemable Omnibus. 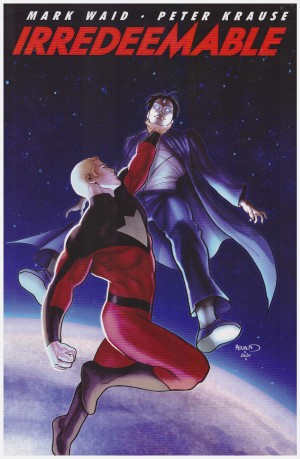