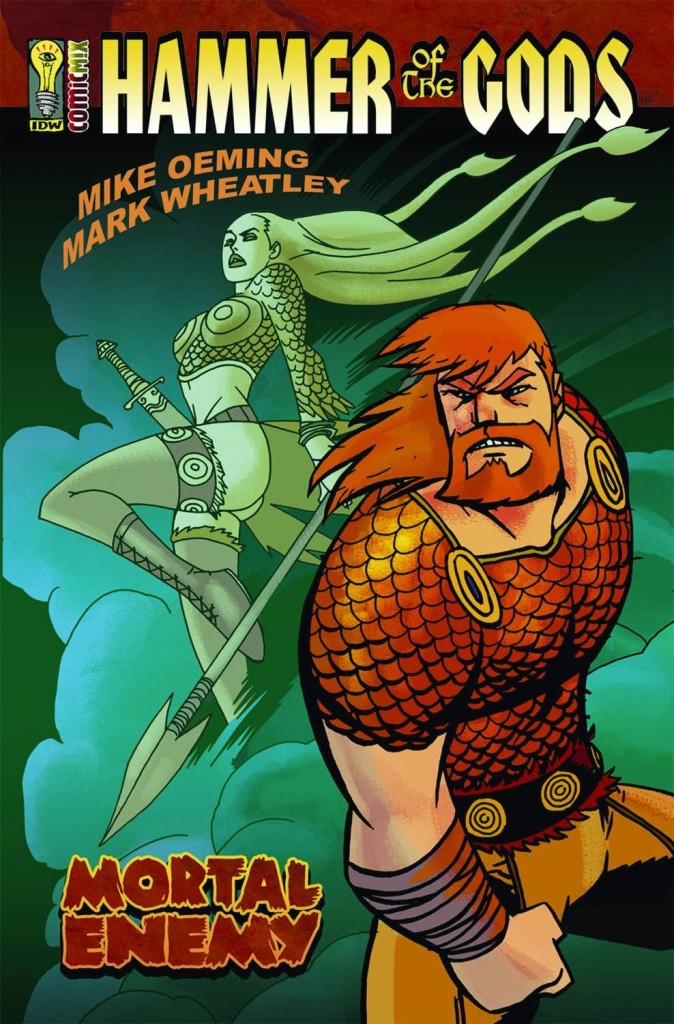 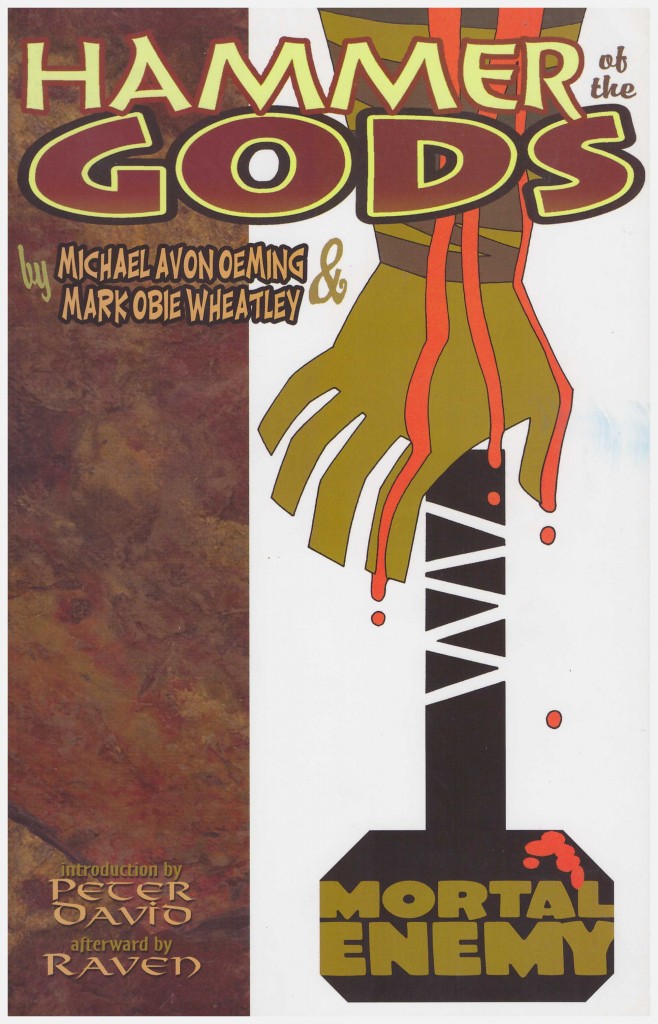 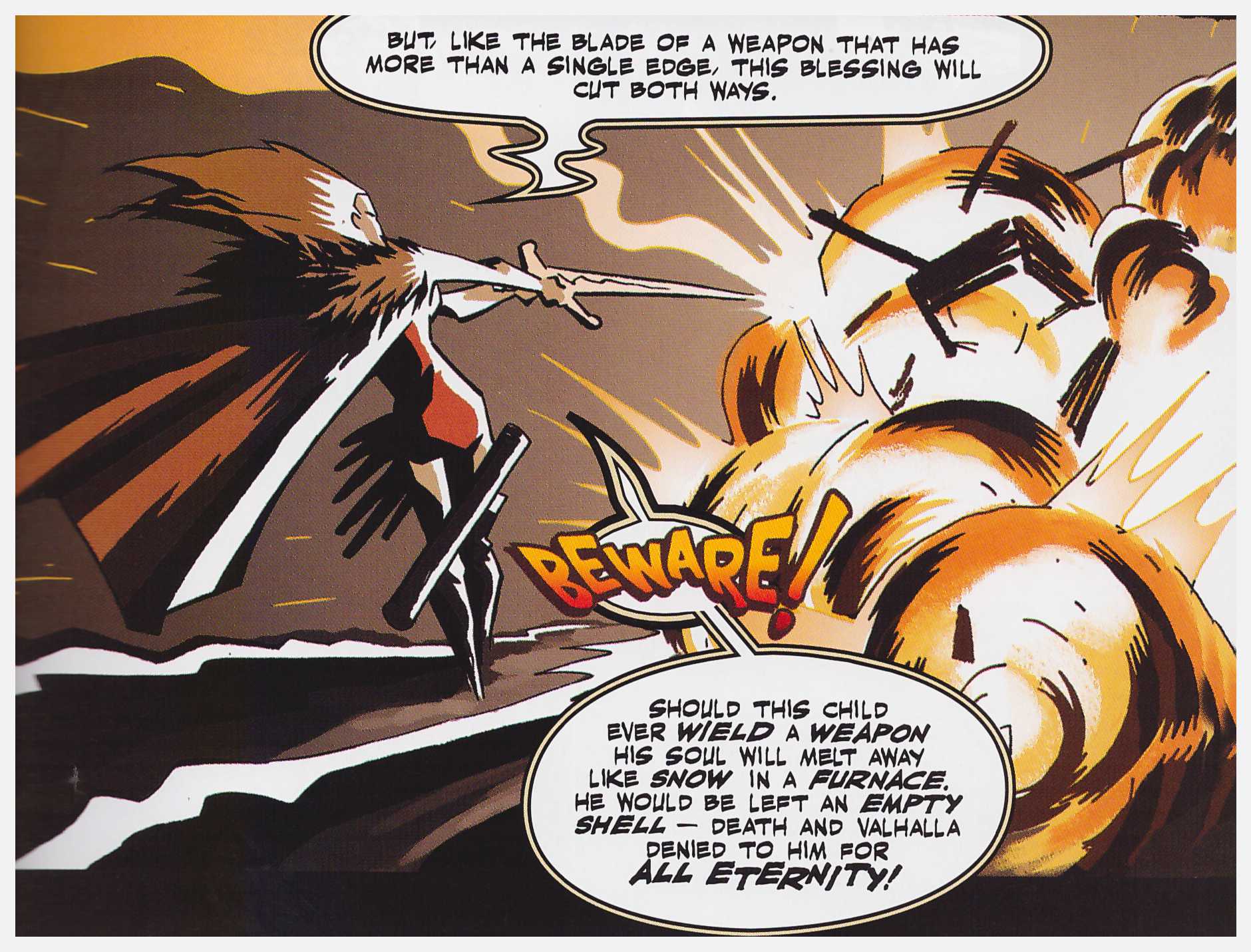 Hammer of the Gods is an appealing collaboration between Michael Avon Oeming and Mark Wheatley toying with ancient Norse legends. It was Oeming’s concept, and his jagged cartooning conjures a bleak world that Wheatley tightens into stories and also colours. They’re skillful and sparsely written, maintaining the detached quality of the legends, with mythical characters dropping in and out, and dragging the acts of the Gods down to caprice and petulance.

As the baby Modi lies dying, his distraught parents beg the Gods to intervene. They do, with a Valkyrie named Skõgul first testing their decency, then as a reward ensuring not only his survival, but also bestowing a blessing of prodigious strength and great wisdom. It comes with a caveat, though: should Modi raise a weapon his soul will be forfeit. Despite his gifts the adult Modi becomes disenchanted and his disillusionment with the Gods is cemented by tragedy. He vows their destruction.

Doing so requires discovering the route to Valhalla, but another meeting with Skõgul under completely different circumstances enables this. While some of Modi’s preconceptions about the Gods are borne out, Valhalla as a whole doesn’t meet Modi’s expectations, but his presence prompts considerable change.

Oeming was a gifted artist from a young age, but his initial experience with the comics industry left him disillusioned. Quitting for the regular pay of a night watchman he continued drawing at his job, developing a simpler style based on animation, and it led him back to comics as a success and inspiration. Elements of what Oeming reveals in discussion with Wheatley, one of the book’s extras, could be seen to feed directly into Modi’s journey.

This was planned as a continuing series, but Oeming’s subsequent involvement in other projects, primarily Powers, has so far prevented any follow-ups. An earlier edition was published by Image Comics.