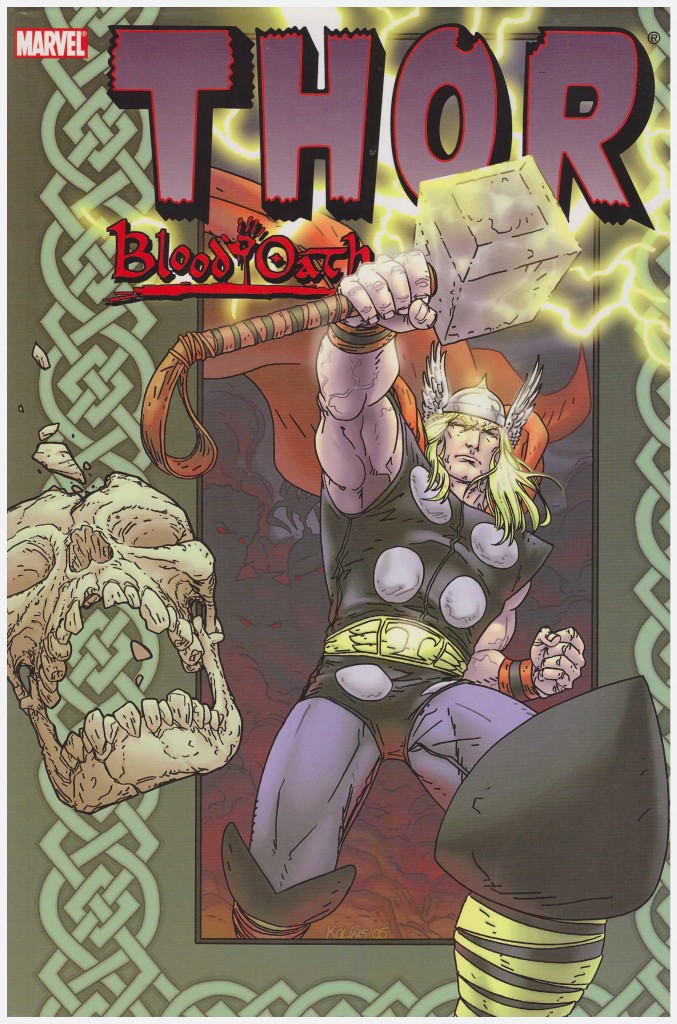 Under Asgardian law the victim’s relatives have a say in the punishment, so when the Warriors Three unwittingly murder a shape-changing giant his father sets them a series of seemingly impossible tasks. For interrupting the proceedings Thor is sentenced to accompany them, able to take his fabled hammer, but not to use it in completing the tasks.

Yes, this is another Thor quest story, but writer Michael Avon Oeming throws in the twist of the items to be claimed being in the possession of legendary beings from other pantheons. Thor and company first stop off at Yggdrasil, the Asgardian tree of life, before facing off against Hercules. There are then visits to the Irish, Japanese and Egyptian immortals. Oeming’s research into the assorted myths provides a succession of inconveniences for the journeying party, but they befriend as well as battle, and some items are willingly conceded.

The oversize hardcover collection is roughly a third larger than the comics in which the chapters were originally printed, and this really does no favours for artist Scott Kolins. He’d drawn for reproduction at a specific size, and enlarging his pages renders the art sketchier. Considering the differing approaches the featured cultures took in representing their Gods, Kolins treads the tricky line of meshing samurai with Asgardians, yet succeeds.

The story begins with Thor facing off against the Absorbing Man, and another familiar foe appears before the end, and it’s not Loki, here restricted to a brief cameo and a fond recollection. Oeming’s dialogue is awkward at times, and the conclusion is a little rushed, but this ranks among the better Thor volumes not connected with an ongoing series.