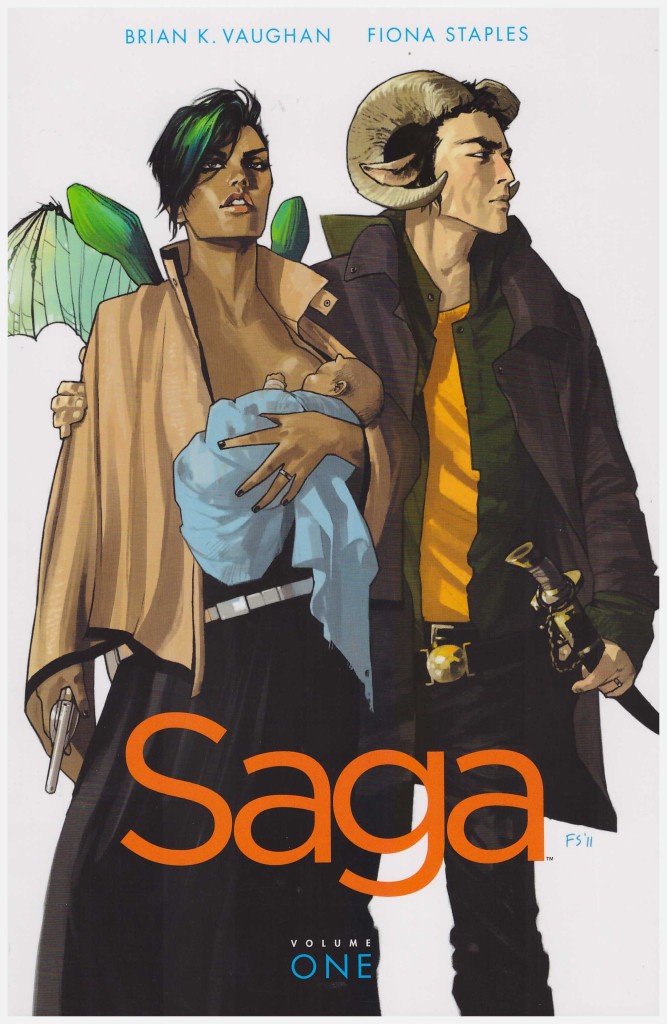 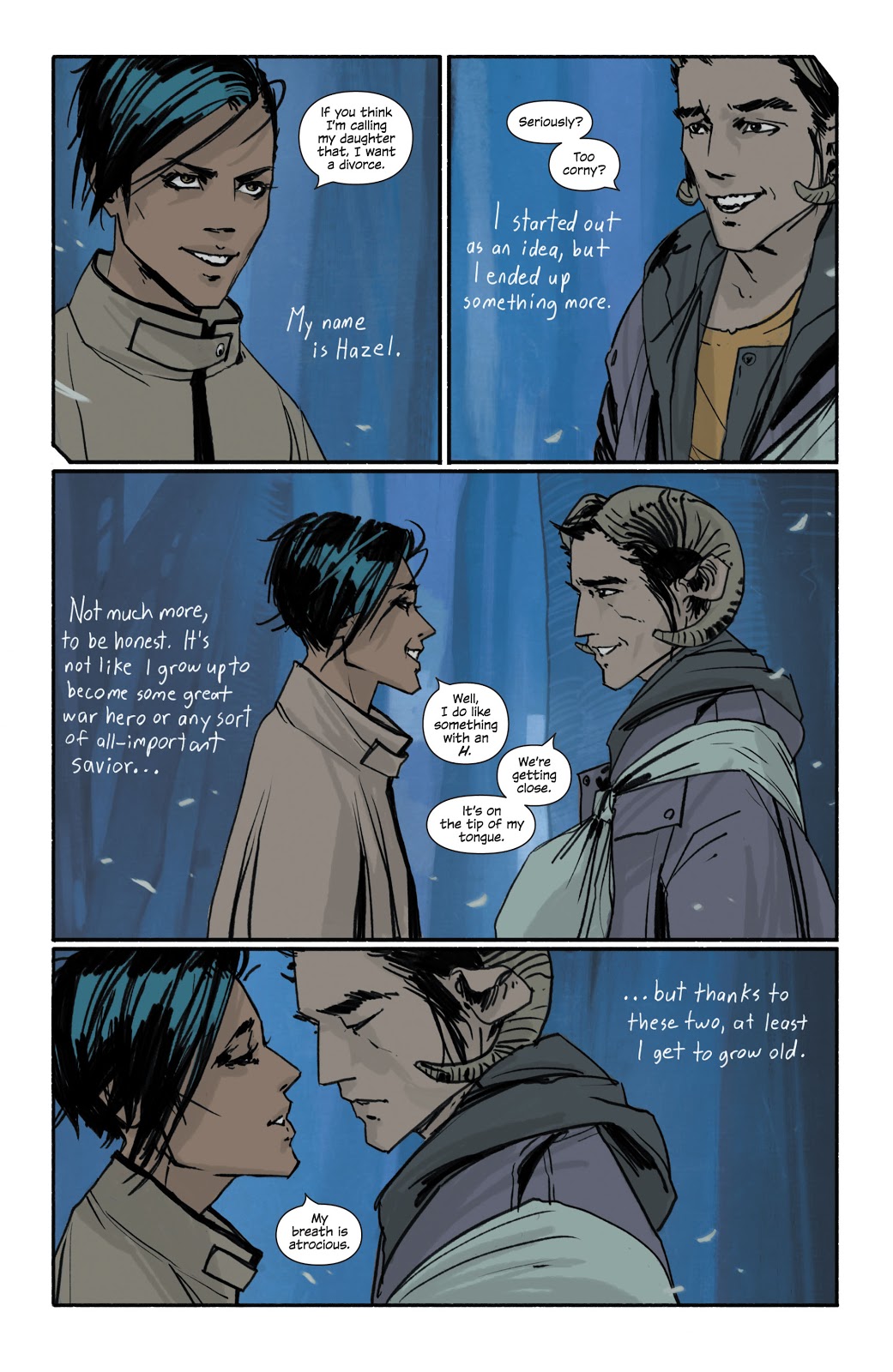 Whatever the mileu in which Brain K. Vaughan sets his stories, the immediate strength of them is the strong characterisation. It’s not the glitzy eye-catching aspect of his writing, but without it all the shocks and twists would have diminished value.

The hook here is an advanced level of Romeo and Juliet, with two people from opposing forces in a centuries long war finding love with each other. Although Vaughan acknowledges the influence of Star Wars, his leads aren’t heroes destined to bring about some resolution, but if not entirely innocents, certainly unwilling participants in events beyond their control. The science fiction setting, though, enables Vaughan to add that gosh-wow factor to his surprises. As has been the case in Y: The Last Man and Ex-Machina, he’s excellent at delivering that end of chapter stunner.

Among the interesting ideas here, without giving too much away, we have a cat-like creature unerringly able to identify when the truth is being told, a ghost babysitter, a race of people with giant TV screens replacing their heads, giant-turtle creatures with cities on their backs, and an incredible spacecraft.

An excellent artist would be required to convey the emotional content here, and Fiona Staples fits the bill. There’s an intuitive humanism to her characterisation, and a sense of invention equalling Vaughan. A throwaway panel requires two characters to catch a train, or alien equivalent, for which Staples supplies a fantastically designed dragon on tracks. When an artist is putting that much wonder into a single panel with no greater purpose, it indicates a series in safe hands. The one element where she falls short, though, is in supplying backgrounds. Her characters are primarily overlaid onto colourscapes, and many backgrounds are just vague and out of focus. It’s a deliberate attempt to replicate the look of the old-fashioned celluloid animation cel, and while it provides a unique look for Saga, those who want to see more than figures may find this disappoints.

As much as they might prefer to remain anonymous, Alana and Marko, and particularly their daughter, are of grave concern to those running the ongoing interplanetary war. Their love and their child represents a possible element of harmony beyond the conflict, a dangerous element that must be snuffed out, and so rival bounty hunters are set on their trail, but find themselves distracted along the way.

Saga is extremely satisfying. The worlds and cast may be strange, but their emotions and reactions are very familiar, so there’s an immediate point of entry, and there’s more than enough innovation surrounding it. This provides an assurance that anyone liking this first volume is going to enjoy the remainder.

Since its inception Saga has proved immensely popular, hoovering up awards and in 2014 topping the Amazon graphic novel sales for the year. This book and the following two volumes have been collected in hardback as Saga Book One, and more fine fantasy flavoured science fiction drama follows in volume two. 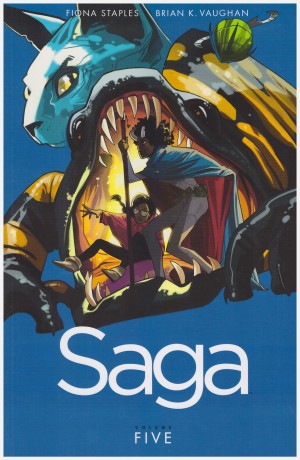