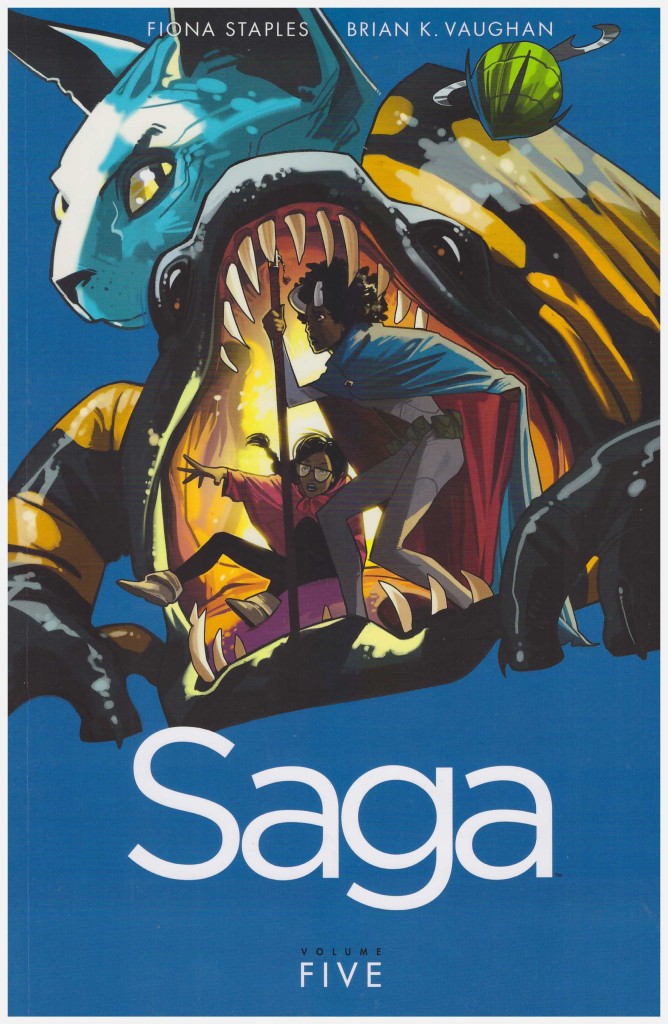 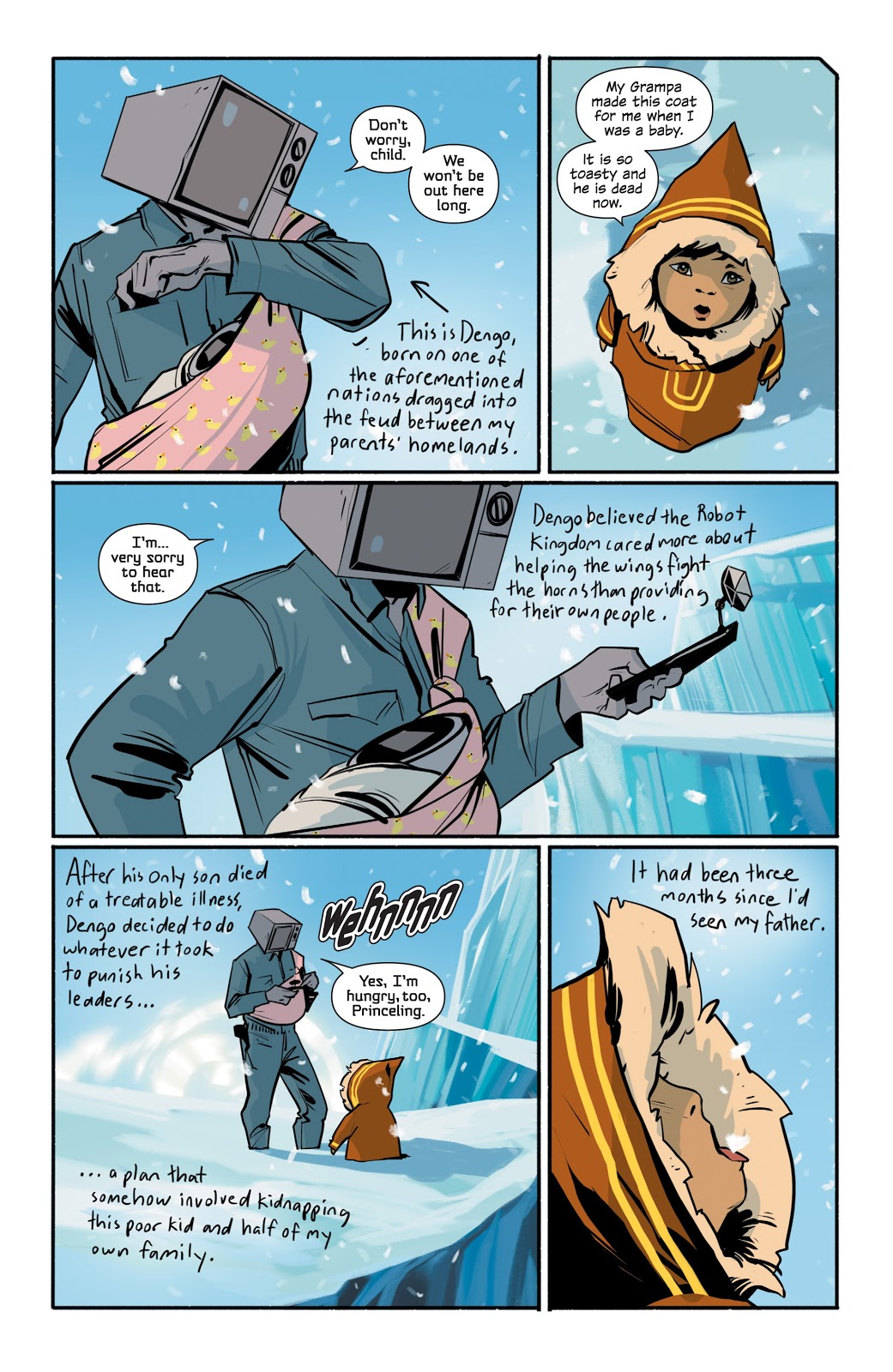 Brian K. Vaughan takes an interesting approach to his ongoing story that flies in the face of convention. Much that occurs is narrated in hindsight by an adult Hazel, born in the opening pages of Saga, and subject of her parents’ attempts to keep her safe when she’d be seen as a symbol of revolution by some. This narration maintains a naturalistic feel, a hint of the raconteur, via comments in passing that in context are bombshells (one here is Hazel referring to her father). She also drops pithy commentary about events, but the narration is irritatingly inconsistent and becoming a flawed device here.

What’s also becoming a series trademark is the presentation of a good joke over a two page spread. Some characters are on a quest for dragon sperm, which makes slightly more sense in the context of a vast array of alien planets and their inhabitants than in this text. The eventual revelation of the source is very funny, and very coarse, which is often the case for Saga. Artist Fiona Staples plays her part by delivering these jokes without over-egging, still rendering them jaw dropping. In case it needs underlining, Saga is an adult comic in the best sense of the term, and some are likely to be offended by the content.

These jokes are also an example of the imagination at work in Saga, from the frequent use of Esperanto (surprisingly easy to understand for those already familiar with a European language), to the constant introduction of intriguing new characters. This is balanced by a high mortality rate to prevent matters sprawling out of control. The constant flow of intriguing ideas continues, applied to a bunch of new characters introduced and what they represent. They’re terrorists not aligned with either faction fighting the war, but acting to bring an end to it.

The past is laid out here for greater understanding. Much is revealed of the background to both the conflict that underpins Saga, and Marko’s youth, the latter explaining why he struggles to repress his violent nature. The circumstances in which Marko reconciles his past aren’t pleasant, and have consequences in re-aligning his worldview.

Anyone already picking up Saga ought to be content with this book, although anyone tempted to try should really start at the very beginning. It is, after all, a very good place to start.

This content is also available combined in oversized haredback with volume four and volume six as Saga Book Two. 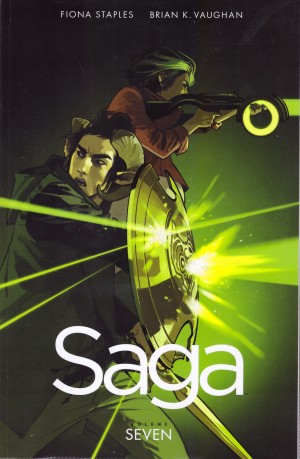 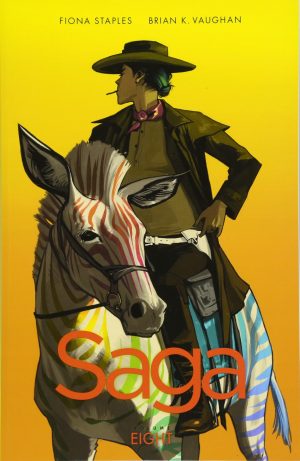 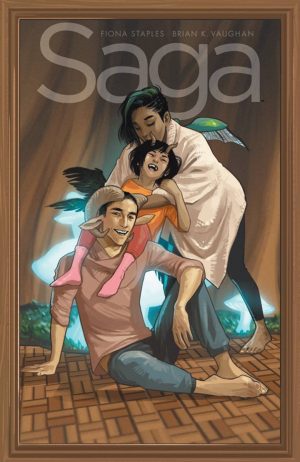