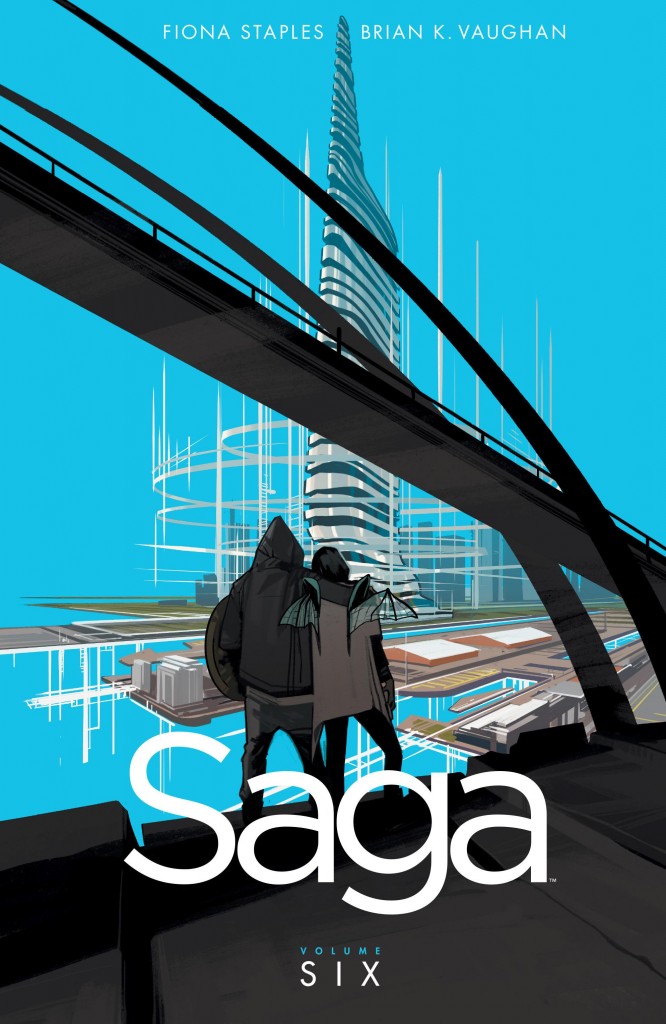 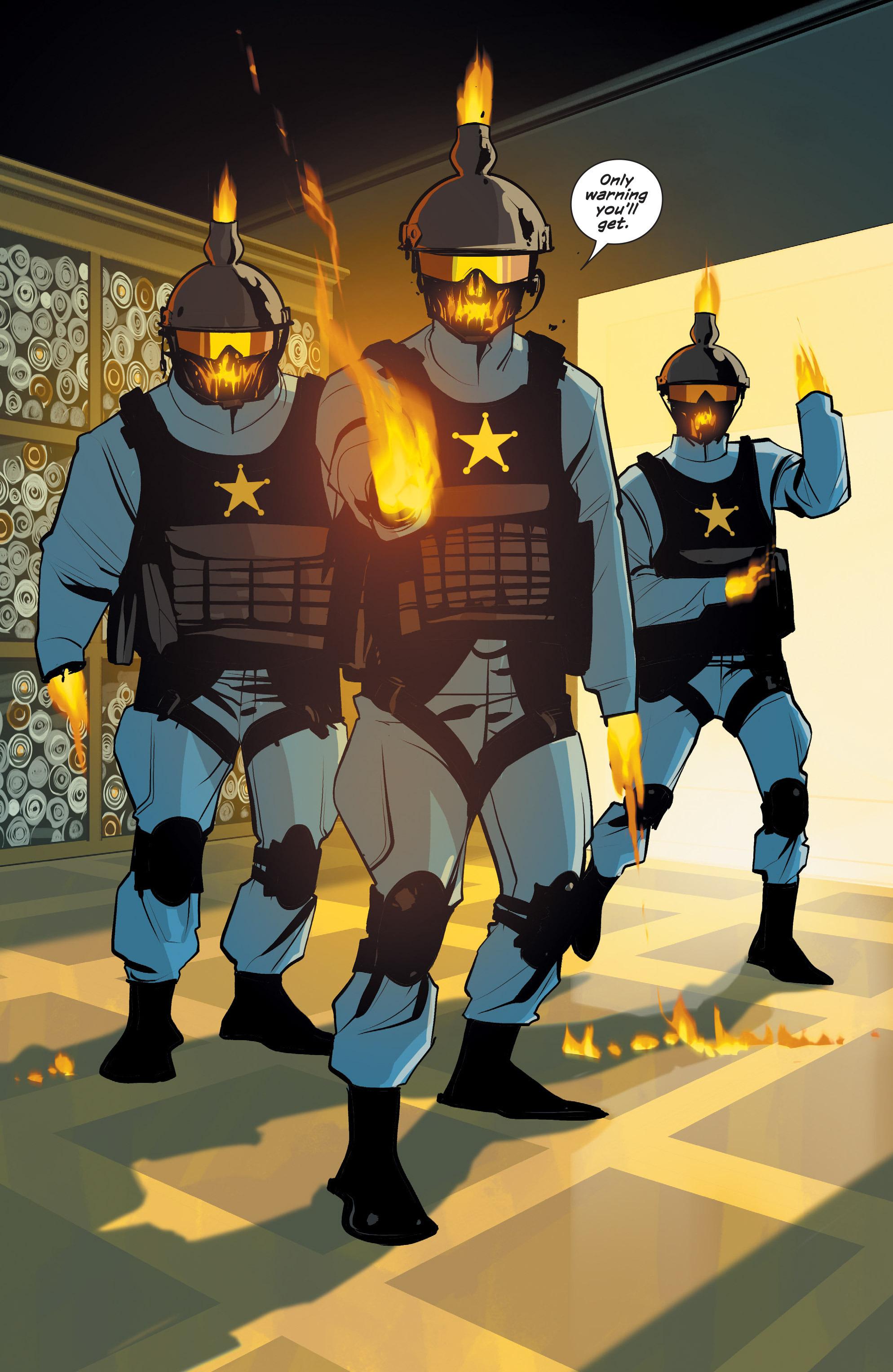 From the beginning of Saga the voice narrating the captions has been that of Hazel, whom some would see as the product of an unholy union between individuals from two warring races. In volume five there were thoughts that an adult narrating the events of her infancy was outliving its welcome, but with this graphic novel it becomes clear why that’s the case. Time has moved forward. Now a precocious young child, she’s separated from both parents, and stuck in the alien equivalent of a refugee detention centre. At least her parents are together again, now adventuring as of old, but their quest is to locate Hazel.

Also apparent, if it wasn’t already, is why the series is named Saga. Brian K. Vaughan has cleverly introduced more and more characters, yet seemingly forgotten none, and from the starting cast of Alana and Marko pretty well all of them are capable of holding the interest in their own chapters. The middle chapter looks back in on two reporters who once sourced the story of the century, yet were prevented from publicising it, and they again become integral to proceedings.

There’s a great subtext to Saga, which, at its essence, is a plea for understanding. This was relevant in 2015 when the original comics were serialised, and became even more relevant when this graphic novel was published during an increasingly fractious US election campaign. It’s distressing to note that it’s become more relevant still since. This is only the undercurrent, though, as there’s precious little understanding between some parties, and the substance is drama. That’s delivered in spades.

As Saga exists in a period of alien cultures and infinite possibilities Fiona Staples has been exceptional in designing beings that surprise and amaze. Take the security guards from the sample page and look at how they’re differentiated within a single design, and then consider that they’re only required for four pages in total. Other treats include the hive mines, and a special teacher.

One growing problem is an accumulation of too much depending on a convenient device, talent or change of heart through the series as a whole. Against a backdrop of two all-powerful civilisations with near limitless resources it sometimes appears all too easy for Marko and Alana to achieve their aims. This is explained in context, and in individual instances explained very well indeed, but the sequence provides a remarkable streak of good fortune.

By the end of the book assorted parties have met, separated, united with others, and some have gone their own way. Yet until the final page this is a selection of chapters lacking bombshells. The chapter endings have enough pull to ensure the pages are turned, but there’s nothing equivalent to the dragon sequence in the previous book. Given the overall dramatic tension provided by sympathetic and well characterised personalities that’s not essential, but it was nice. Volume seven follows.

This content is also available with the previous two books in hardback as Saga Book Two.