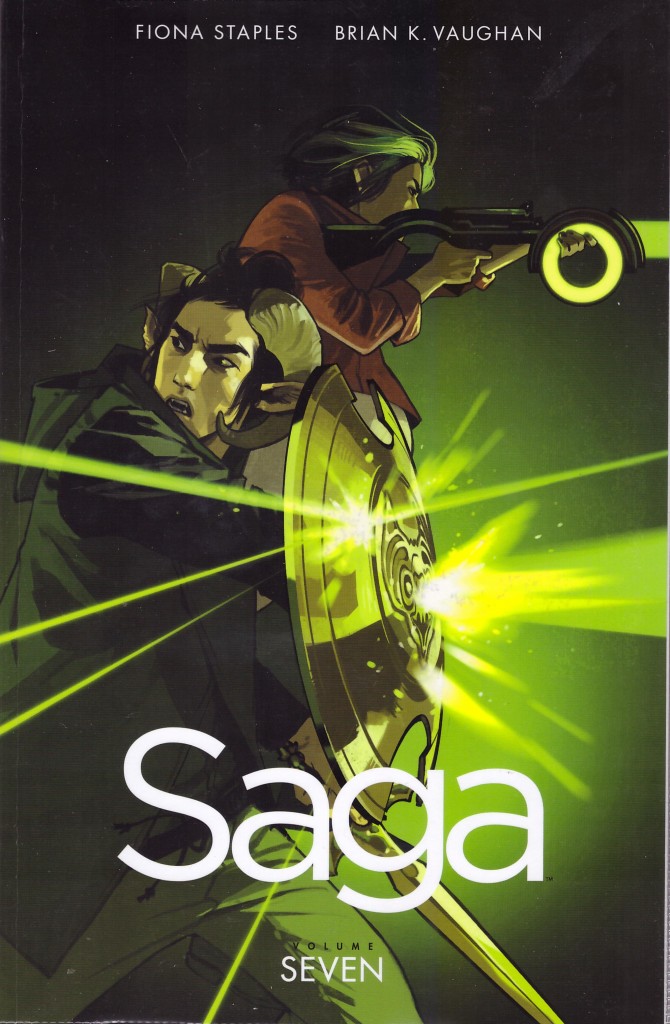 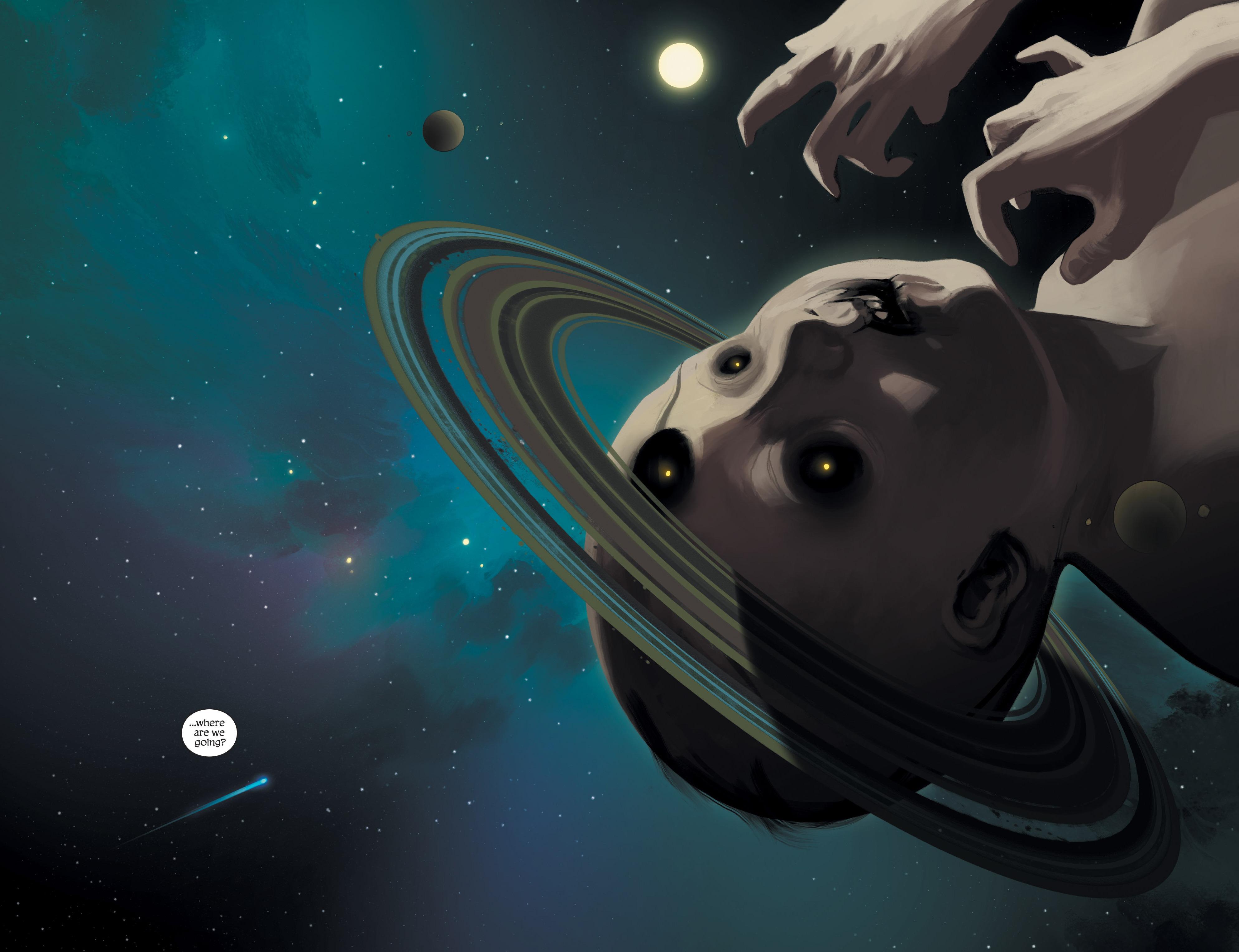 Idle speculation about a favourite series of graphic novels can lead to considering exactly how long it would take to wrap up the entire dog and pony show. Yes, a big explosion will do it, but the more creative mind explores other options. What initially surprises is how rapidly most plots can be drawn to a close. Give it a try with a few series. This is all by way of illustrating how difficult that would be with Saga. Brian K. Vaughan and Fiona Staples have so much on the boil, their characters spread across a galaxy, that finishing Saga at all appears a daunting task, yet Vaughan has repeated in interviews that he knows exactly what the final page is to be.

As of the end of volume seven that still appears a long way off. The family unit at the core of Saga were reunited in volume six, and along with a few other characters are heading for Squire. At least, that was the plan. Fuel shortage leads to unwanted stopover in a dangerous area, and the cast remain ignorant of what we know, that the comet hosting a multitude of life forms has now been deemed a pointless waste of resources by both Landfall and Wreath forces. Exceptionally, they’ve come to an agreement.

Surely after seven volumes there’s no doubt about the quality of either of the creative team, but just in case, take a look at the sample page. Staples uses the full page illustration to open and close each chapter, and on occasions will include a double page spread of such imagination that it takes the breath away. While the dragon in volume five is unforgettable, she also stuns with less shocking, but equally odd images.

The cast is down a few members by the end of this book, and there’s a particularly tragic double conclusion after which the creators have thoughtfully paginated six pages completely in black for contemplation. Plenty of adult subjects are covered, which is par for the course, but toward the end there’s a matter that’s affected many, yet is new territory for graphic novels. Considering there’s been an attempted rape earlier in the book it may seem odd to stress it’s an upsetting topic sensitively handled, but that’s the case.

Elsewhere it seems that Vaughan hasn’t just been randomly inserting bold ideas for the sake of it earlier in the series. A Timesuck manifests, and considering few survived a baby version the threat of the full grown adult can’t be downplayed, and there’s an interesting investigation of blind faith running through the book, something perhaps to be contrasted with other events.

Volume seven is a book of change, and most regular readers wouldn’t necessarily consider the way this occurs to be a good thing, but it makes for great drama. How will it be followed up in volume eight?