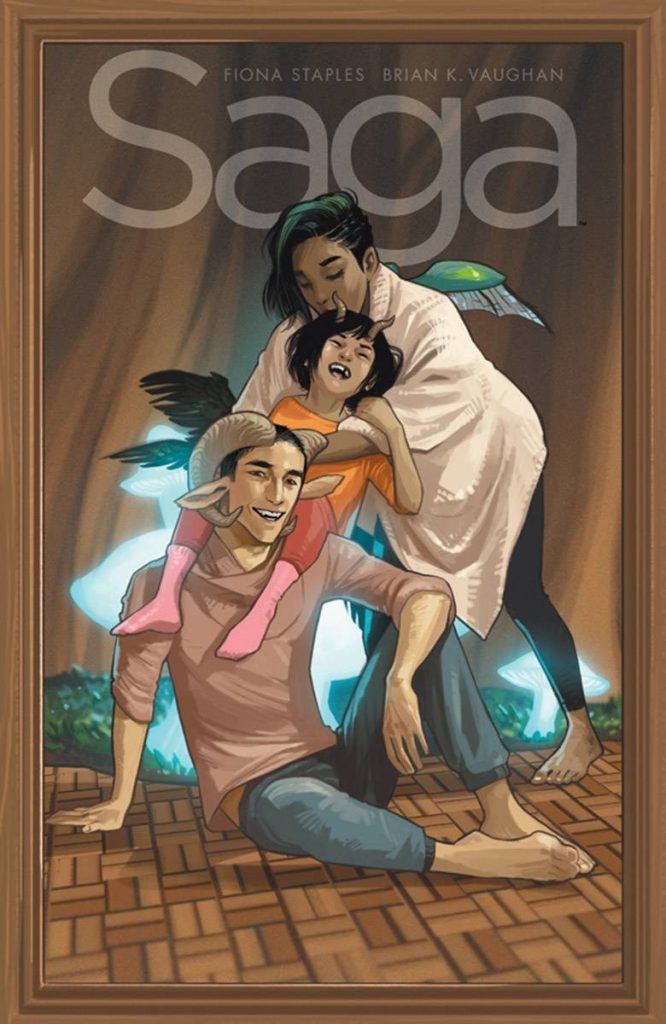 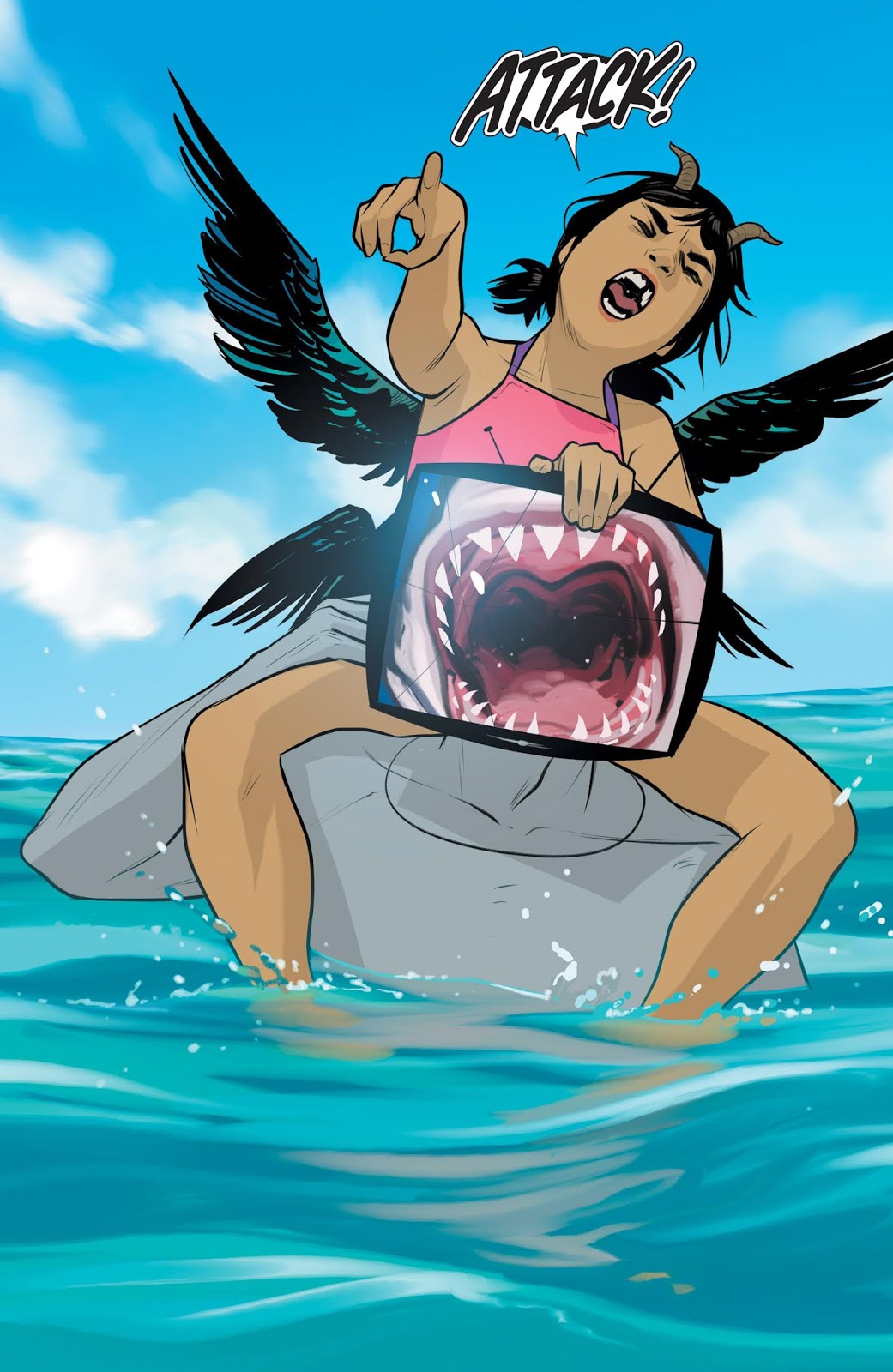 Saga is set against a vast war involving two races using proxies for their fighting, and were it ever to become common currency that a Wreath man, Marko, loves and has a child with a woman from Landfall, Alana, it would undo all kinds of political falsehoods. Those in charge believe this would have catastrophic consequences, although that applies largely to them. Over the course of the series several people have learned the truth, but for valid reasons have kept it to themselves. Now the secret has been learned by a vengeful diplomat determined to exploit it for personal gain.

Identity, ideology temptation and betrayal are the themes running through volume nine, and they’re a heady brew that eventually start paying off in the penultimate chapter, but the going is plodding at times. Volume eight saw many of the cast reunited on a single craft headed off on the next stage of their journey, and over the opening chapter much is revealed that we didn’t previously know. Given that Saga is a series sustained on surprise, this might normally be considered a good thing, but for the first time it seems artificial, that new sidelines are being created specifically to prolong the plot. The issue this time around is a newly introduced means for the pair of journalists to break the exclusive story they’ve been tracking. They might be able to offer a form of untraceable anonymity, and the ethical implications of that and the personal discussions about it run a long time.

It is, however, prelude to carnage. This content was designed as the episodes leading up to a prolonged break for the creators, and they certainly know which buttons to push on the way out. What happens isn’t going to please everyone. Actually, that’s greatly understating the case, but it’s worth bearing in mind that the narrative voice has been that of Hazel all along, and many things are resolved in the final two chapters, just not the way people will want. You know what? That’s good writing. Every writer wants you to care about some of their characters, to live their lives vicariously, and the best of them manage it.

Those characters wouldn’t have such a pull without the skill Fiona Staples brings to defining them, and we once again have a masterclass, although presumably Vaughan chips in suggesting the images seen on the screens. Some are poignant, others hilarious.

If there has been a little too much status quo, it certainly can’t be argued that everything remains the same by the end, and you’ll be champing at the bit for Vaughan and Staples to end their break and pick up again.