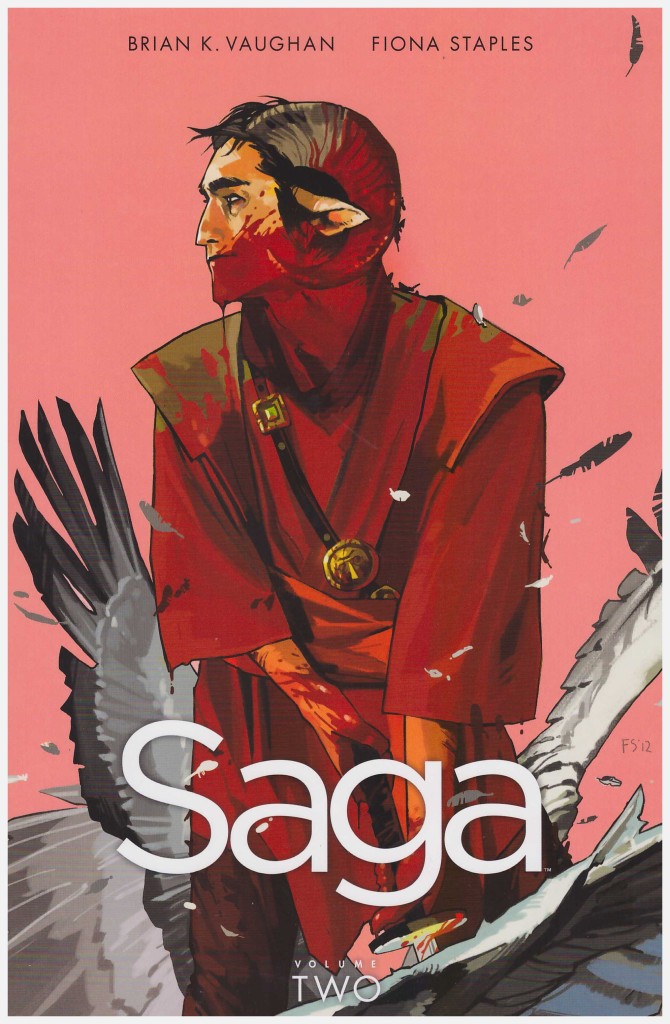 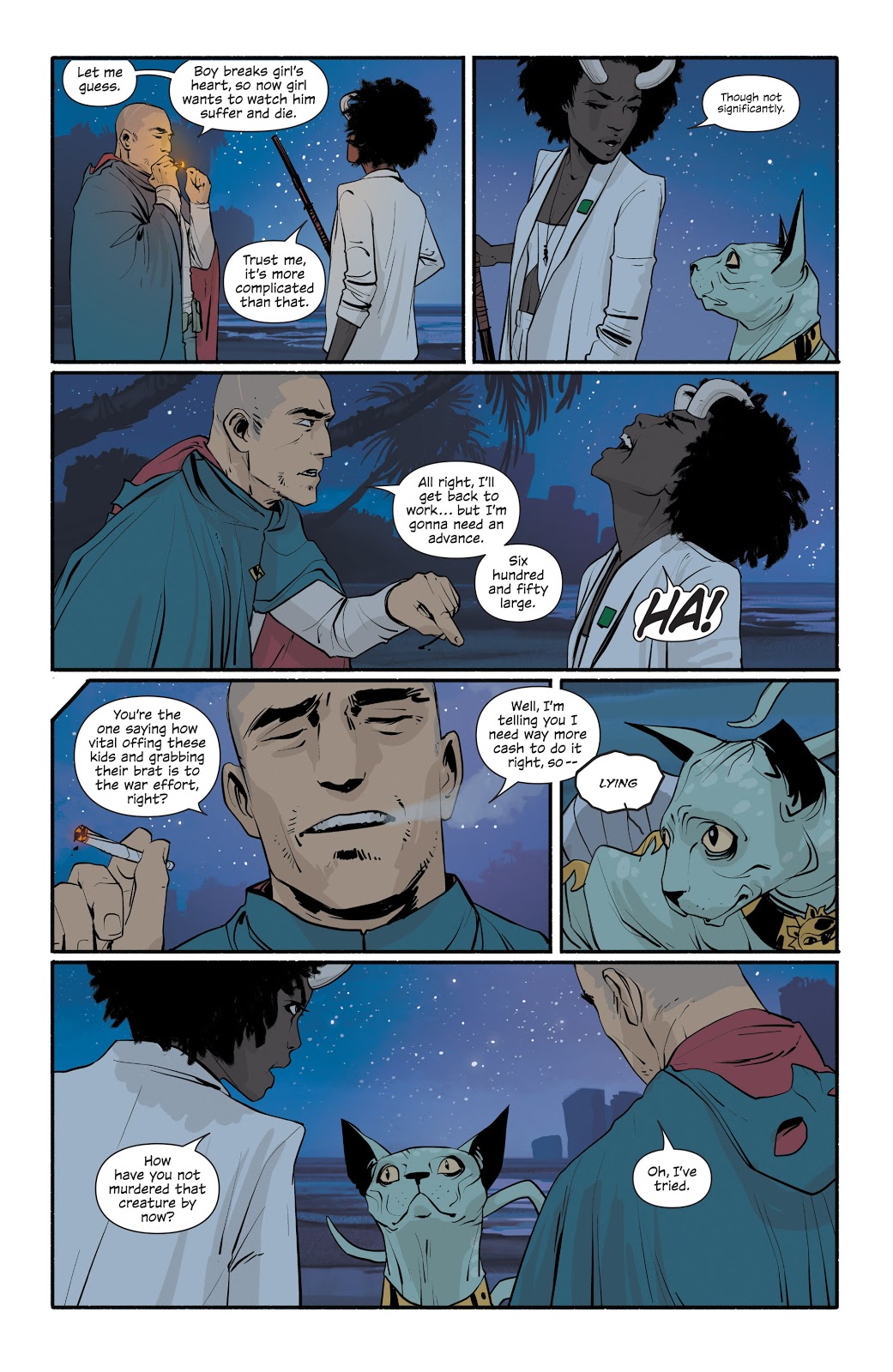 The previous volume introduced Alana and Marko, new parents of distinctive appearance whose races are on opposing sides of a centuries long war.

Alana has been extremely influenced by a romantic novel written by one D. Oswald Heist, from which she quotes, and considers to have informed both her life path and her rapidly reached decision to free Marko and depart with him. A Night Time Smoke is a polarising work, dismissed by many as pure trash, but seen by others as a manifesto for a radical form of peace. In the absence of any other master plan, Alana, Marko and their companions decide to visit Heist on his remotely located planet.

They’re not the only ones interested in Heist. The oddly named and even odder looking Prince Robot IV has been charged with locating Alana and Marko, as has bounty hunter The Will. His life has been complicated firstly by the moral outrage that prompted him to rescue a young girl, Sophie, from sexual slavery, and the appearance of a rival hunter, Gwendolyn. She has a more personal interest in locating Alana and Marko.

Brian K. Vaughan’s comics deliver high quality soap opera, suspense and shocks, and volume two of Saga meets the set criteria. His narratives are further enlivened by a succession of good ideas. At one point Marko considers his youth, settling on a moment requiring him to overcome his fears for greater reward. The manner in which Vaughan presents this is firstly via the young Marko and his father speaking in their native language, and secondly by introducing the idea that on his homeworld of Wreath the horse substitute is a giant grasshopper. This is a throwaway homage to some memorable chapters of Kamandi, but perfectly fits what needs to be illustrated at that point.

Everything is illustrated by Fiona Staples, moving away slightly from the faux animation cel look characterising volume one. There’s a greater depth to her art here, yet she maintains the fantastic level of humanity applied to the cast.

Saga is an adult graphic novel in the best sense of the word, unafraid to introduce topics for discussion, but there is also graphic content, not necessarily obvious. It’s sometimes enlightening, though, as is the case when Prince Robot IV is near death. Death is an issue here, and while Vaughan’s previous series have been notable for never discarding a character, he takes an unsentimental approach with Saga, staring with events detailed in this book.

This book concludes with a twelve page conversation between two cast members holding opposing viewpoints, one the entrenched result of education and entitlement and more likely than the other to act on their beliefs. It’s simultaneously tense and informative, a blend Vaughan achieves so well in his writing. That scene concludes with the hook that will drag you to volume three.

That is unless you’ve bought the hardback Saga Book One, gathering the first three volumes.