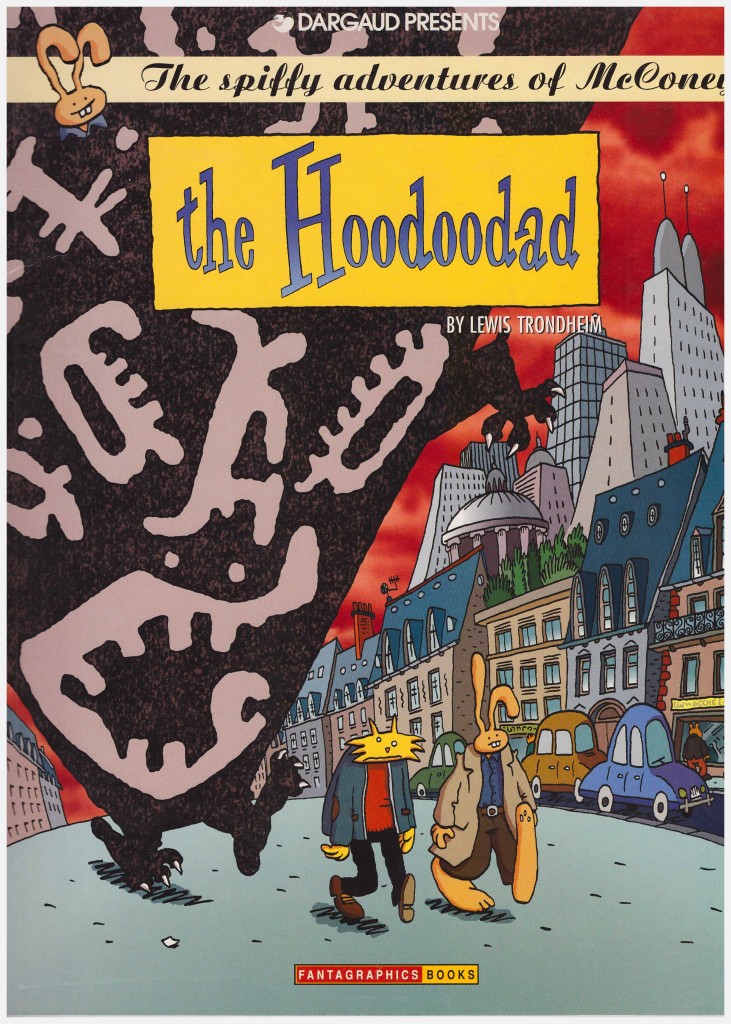 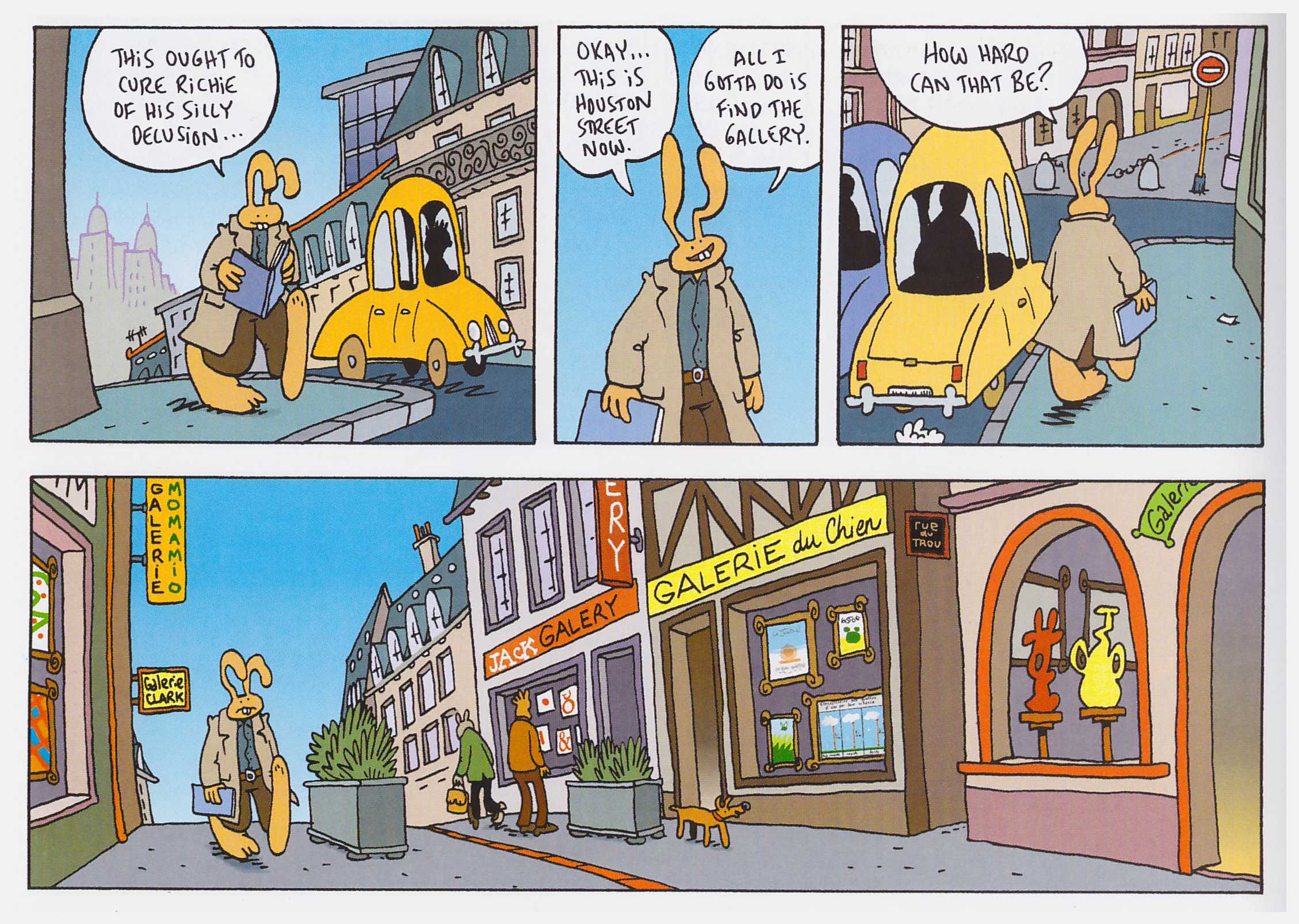 Anyone arriving here from the first McConey volume Harum Scarum is likely to be confused. The cast look the same, but instead of inhabiting the Paris of the 1930s they’re modern day residents. That’s because Lewis Trondheim treats his stock characters much as a repertory company. They’ll retain their characteristics, but can be different people entirely. So McConey is always principled, resourceful and calm, the cat, here Richie, wild, impulsive and open to corruption. Adding to the confusion, there is a consistency and continuity to the stories set in the present day, of which this is the second, although passing references fill in all the necessary gaps.

The Hoodoodad maintains the high standards and levels of entertainment. McConey and Richie meet a man attempting to commit suicide. He believes he’s been cursed, as his luck has changed for the worse since accepting a small stone engraved with skulls. It’s an artefact of a long dead culture, and the curse can only be passed on to someone who willingly and knowingly accepts the stone. McConey does so, but it’s Richie who comes to believe himself cursed in turn after a series of minor mishaps.

This, though, only really comes into play later in the book as much of it is merely McConey and Richie wandering around town, hanging out with friends and wandering around some more. If that sounds dull, don’t be misled as Trondheim is incredibly skilled at constructing minor set pieces, each amusing enough on their own, some of which then pay off in brilliant fashion later in the book.

He applies the same style of cartooning throughout the series, compressing his cars and buildings, while curving his streets. Trondheim’s characters look simple, but convey a great deal, much in the same manner of his plots.

Sadly, this and its predecessor are the only two McConey graphic novels available in English and in colour. Editor and translator Kim Thompson had the faith, but it wasn’t repaid by sales, although NBM’s Oddballz comic serialised two further books in reduced format black and white. Trondheim continued McConey over ten inventive volumes, transplanting the cast into Westerns or 19th century romances, ending the series with a shock. He then even more surprisingly revived the cast, and all these are available in French, Italian and Spanish as Lapinot, or Herrn Hase in German.