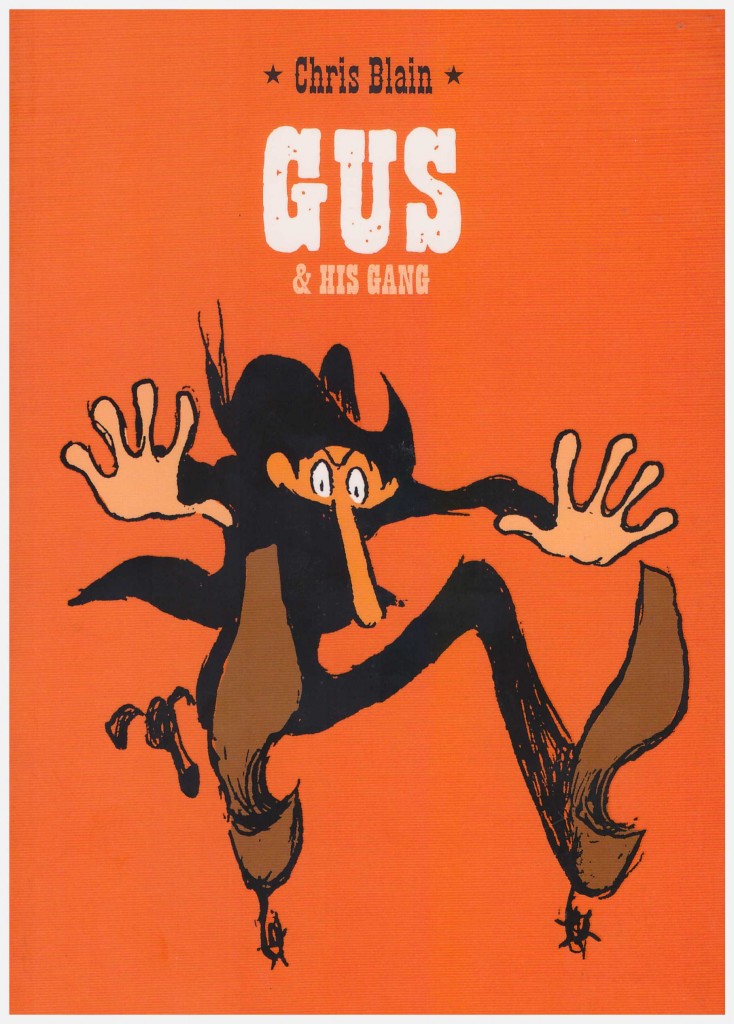 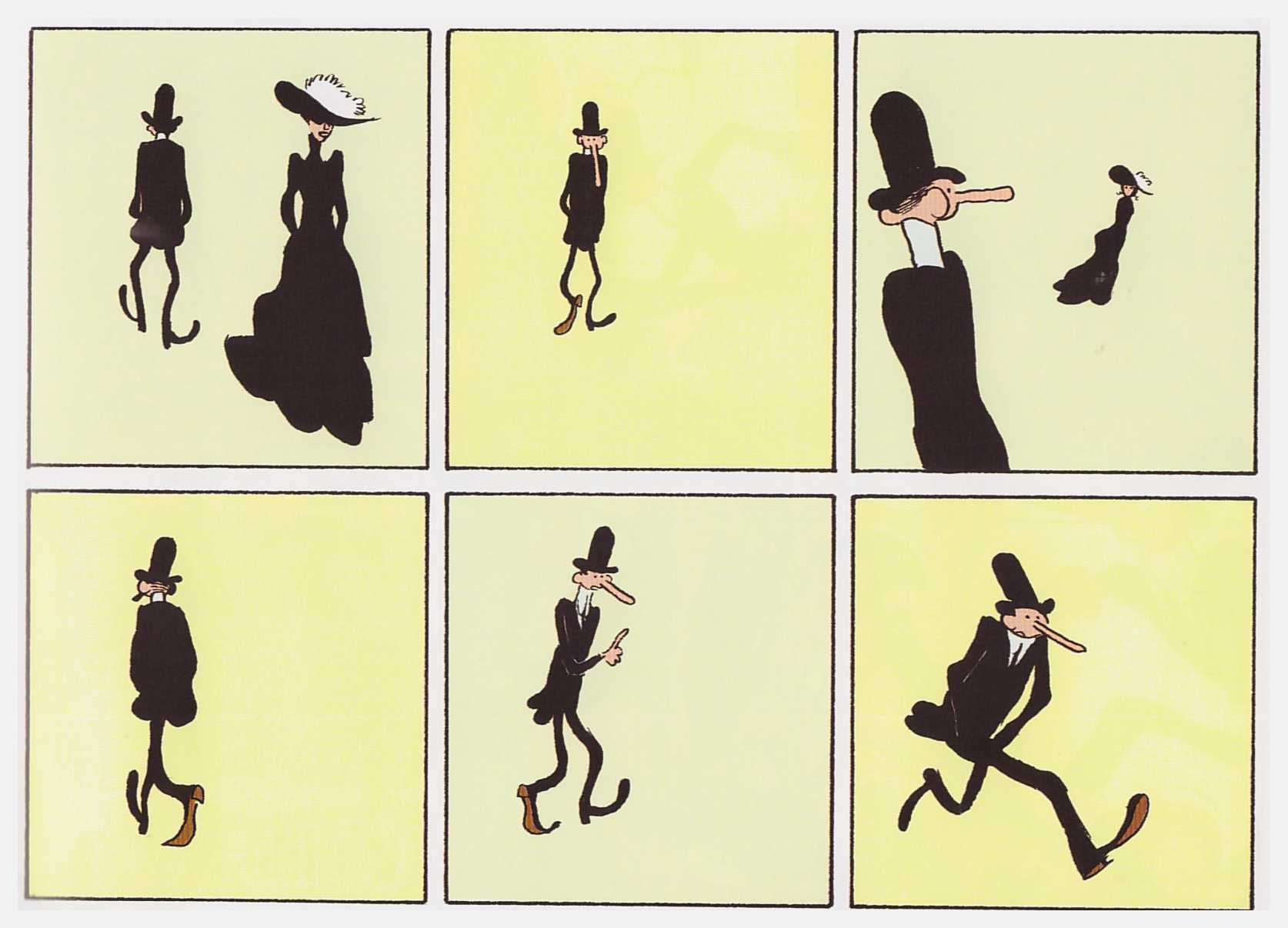 We have reason to be thankful to First Second for an English language edition of Gus & his Gang, and better still their publication combines the first two volumes of this Angoulême prize-winning series. The downsides are that it’s pocket paperback size rather than the original European album format, and that a third volume remains unavailable in English.

The first volume came in for some criticism in France, primarily on the basis that it didn’t live up to the expectations placed upon Christophe Blain (or Chris as he’s credited here) as a purveyor of serious work such as his previous Speed Abater. They’re nuts. This is a joyous celebration of Western cliché, beautifully drawn and coloured, and steeped in the love of American movie culture. Blain subverts the genre, with Gus and cohorts being the black hats, having unpredictable love lives – Clem’s complex and Gus’ perpetually dismal – and their bank robberies occupying the panels between dates.

Gus is wonderfully drawn, the loose cartooning having something of Harvey Kurtzman about it. It’s gloriously expressive and constantly in motion. Characters slouch, skulk, stride and swank. They occupy vast landscapes only defined by the glaring sun, and cardboard western towns, and they’re memorably designed. Gus’ Pinocchio style nose may represent the lies he’s told his gang and others. Clem is two clumps of ginger hair clustered either side of his tight-fitting bowler hat and Grattan the blonde haired goon. Blain uses a full arsenal of posture, expression and cartoonist’s squiggly lines to convey his cast, and there’s an almost overwhelming energy to these pages. They’re further enhanced by bold slabs of colour laid over the scenes, creating a western atmosphere never previously seen. There’s no separate credit for this, so it’s presumably Blain’s work.

Authors frequently cite the characters dictating the story, and this seems to occur here, as Gus barely features in the final sixty pages. It’s Clem and his complicated and compellingly presented love life that hijacks the spotlight. Clem’s story is further notable for the sophistication of the storytelling. While funny in places, and cartooned throughout, this faux simplicity disguises a considerable emotional heart as he’s torn between the alluring and wild Isabella and his home, wife and charmingly innocent daughter.

As in all the most joyful literature, there are wildly unpredictable moments. For all the cartoon style, Gus, Clem and Grattan are exceedingly proficient bandits, so at one point they switch, and become lawmen. Noting further examples would reveal too much, but Blain never lets his narrative slip into comfortable expectation.

Gus & his Gang is a stunning piece of work that should be far more widely known, as should Blain, a star in France.