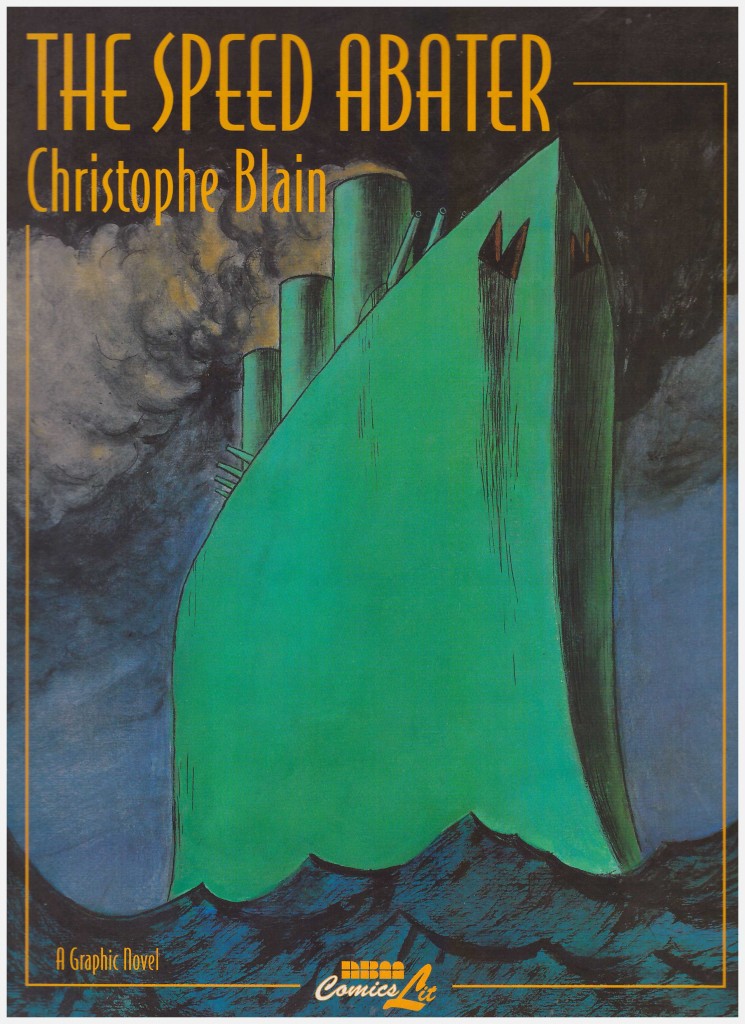 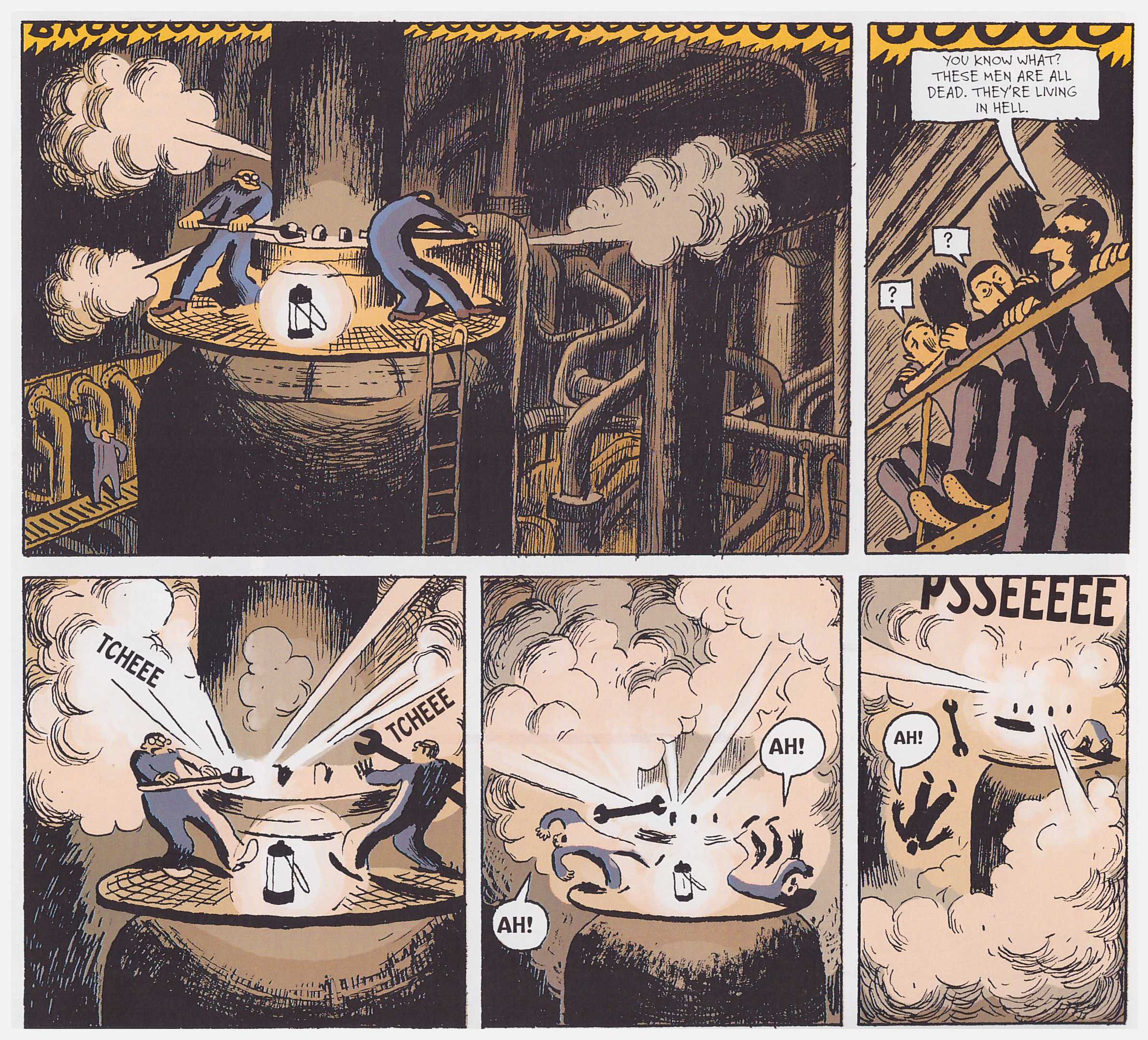 Christophe Blain was introduced to an English speaking audience with his fourth graphic novel, The Speed Abater, which won the best new talent award at Angoulême in 1999. It’s a wildly ambitious work in which Blain has limited himself as much as anyone in the story by setting it in the bowels of a vast destroyer during wartime.

The reader’s way into the narrative is via George Guilbert, oceanographer by trade, but wartime volunteer undertaking his first voyage as helmsman on the Bellicose. He rapidly discovers he has no sea legs, and that life aboard a ship is very different from life ashore. Rumours abound, tensions erupt into violence, and the whole crew fears a possible encounter with a submarine. It’s an environment where fear and uncertainty rule, all utterly convincingly portrayed by Blain.

Despite it being off-limits Guilbert and some companions take refuge in the bowels of the vessel on the basis that it’s a more stable location. Their incompetence leads to problems, and their immediate reaction is to conceal themselves deeper within the ship to avoid being considered saboteurs. Fuelled by their own fears they ultimately find themselves before they find their way back to the mainstream of life.

Reducing the size to the pocket format used for some of their other volumes, NBM might have increased the sense of claustrophobia permeating the entire story, but thankfully they elected for standard European album dimensions. Blain is a fantastic and original stylist and the larger size panels best display his imagination. On the surface his art may look simple, but it’s endlessly pliable cartooning capable of delivering the disturbing aspects of his story as well as the preposterous, with a loose-limbed cast rarely standing still. There’s a grubbiness as befits the setting, a vivid use of single colours, and depiction of the scale of machinery required to power the ship is breathtaking.

Blain’s later work (Issac the Pirate, Gus) has been equally original and inventive, but it’s largely far more traditional in nature. The Speed Abater is unique.