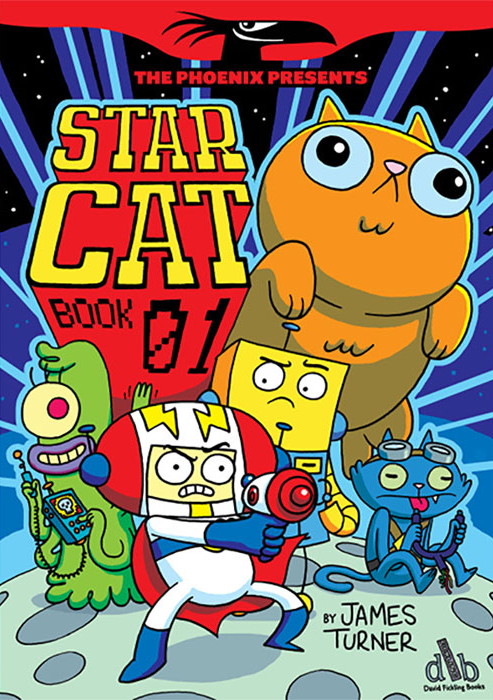 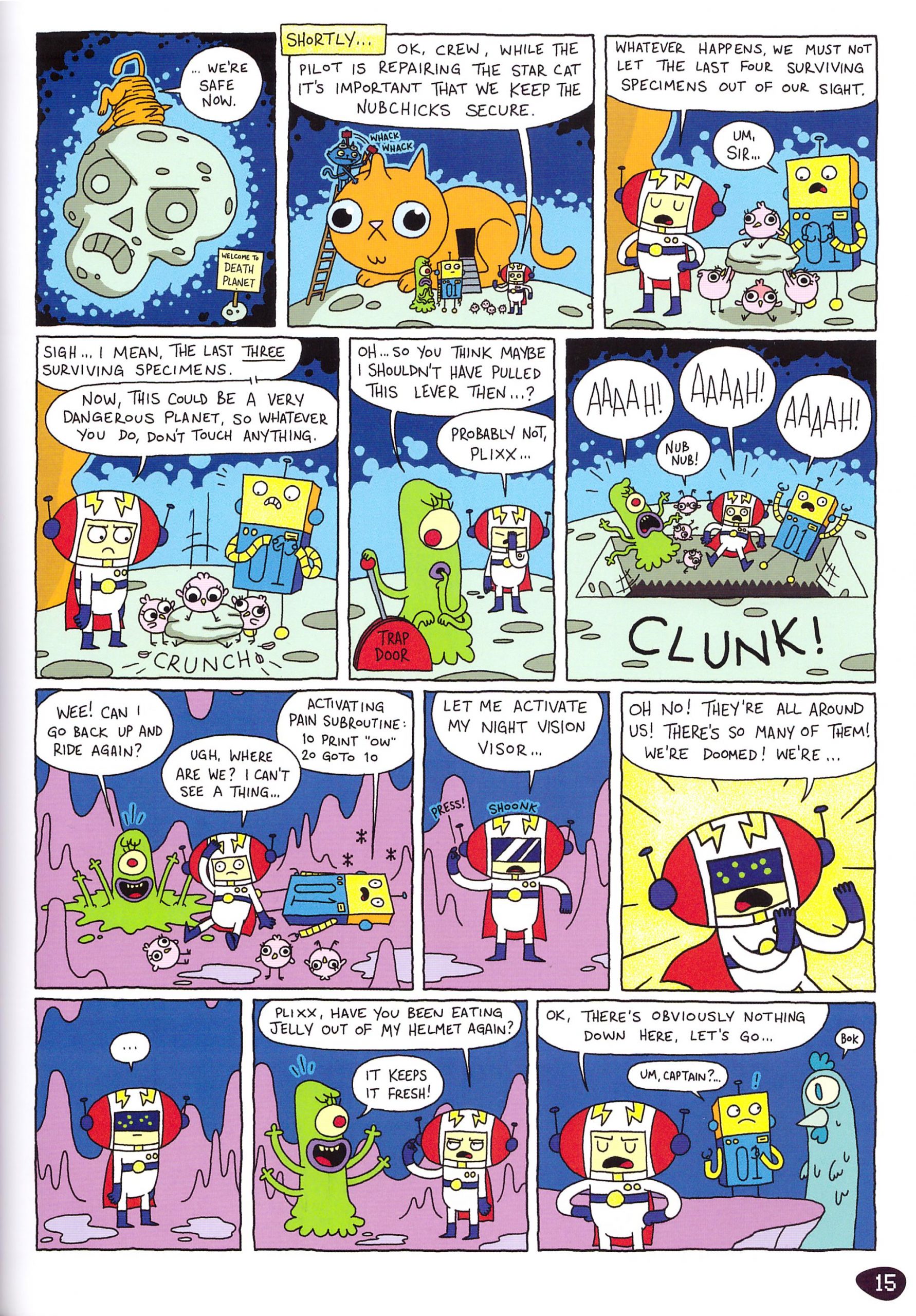 “What did I tell you about helping people to destroy the universe?” “As cunning as you are perpendicular my oblong overlord.” “She may not know the difference between a proton and a neutron, but she’s happy to whack them both with a hammer and hope for the best.” “It’s this stopper that keeps all the air in the galaxies, and when I pull it out the universe will deflate.”

The clueless Captain Spacington, not above playing with his own action figure, commands the Star Cat, half spacecraft, half cat. He travels the universe, perpetually on the brink of being responsible for some great disaster, yet always managing to pull the fat out of the fire, largely by complete coincidence.

His crew are a motley collection of Futurama-style aliens, and even if he can understand their language, he can’t comprehend their motivations. There’s the egotistical robot, the inept tentacled science officer, and the pilot, also a cat, but with the extra enjoyable level of speaking in code. Most kids ought to be able to work it out simply enough, and he’s given funny lines to match the remainder of the cast.

Ten strips are collected here, all hilarious and wildly inventive children’s comics from James Turner. He’s taken on board the surreal work of French cartoonists like Lewis Trondheim and Joann Sfar, but brings his own style and imagination, and the slapstick of traditional British children’s comics. Threats include a Mecha Vampire, the two-dimensional Dark Rectangle, a robot art-lover and the dangers of the crew being let loose with a time machine. The spacecraft is magnificent, armed with a condiment cannon for a start. When the crew require speed a hatch opens and an extendible arm dangles a ball of wool in front of the cat’s eyes, keeping it just out of reach.

British children’s comics haven’t seen anything as wild and inventive as Star Cat since the Beano‘s golden era of the 1950s and 1960s. It’s stunning material that will keep kids happy for hours as they giggle over the cluttered pages and ridiculous cast, and the sheer volume of jokes, both verbal and visual, will ensure equal appeal to those reading the book to younger children.