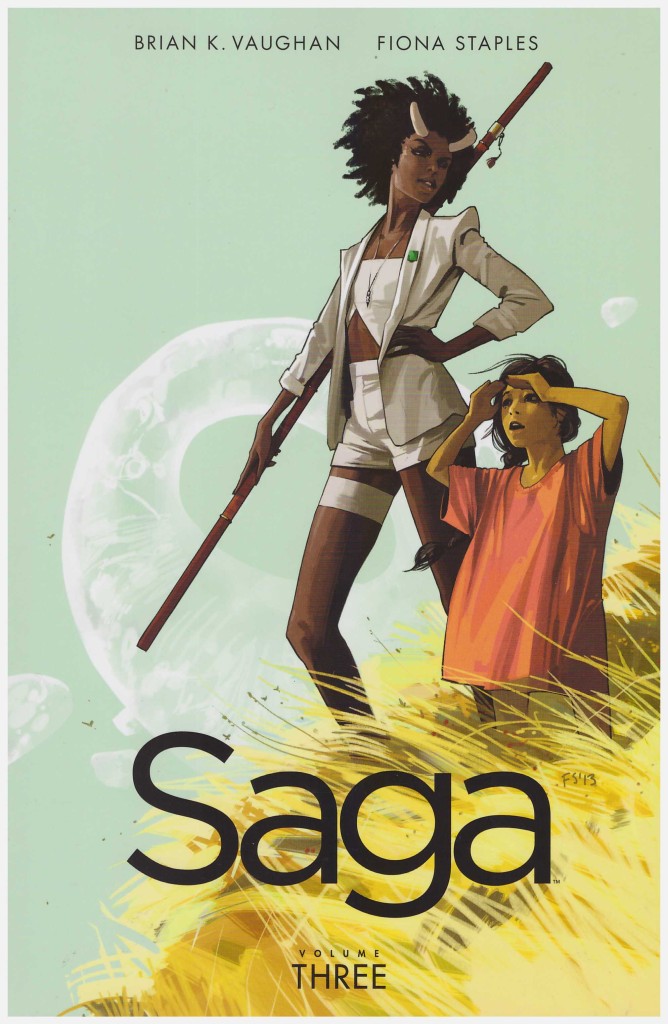 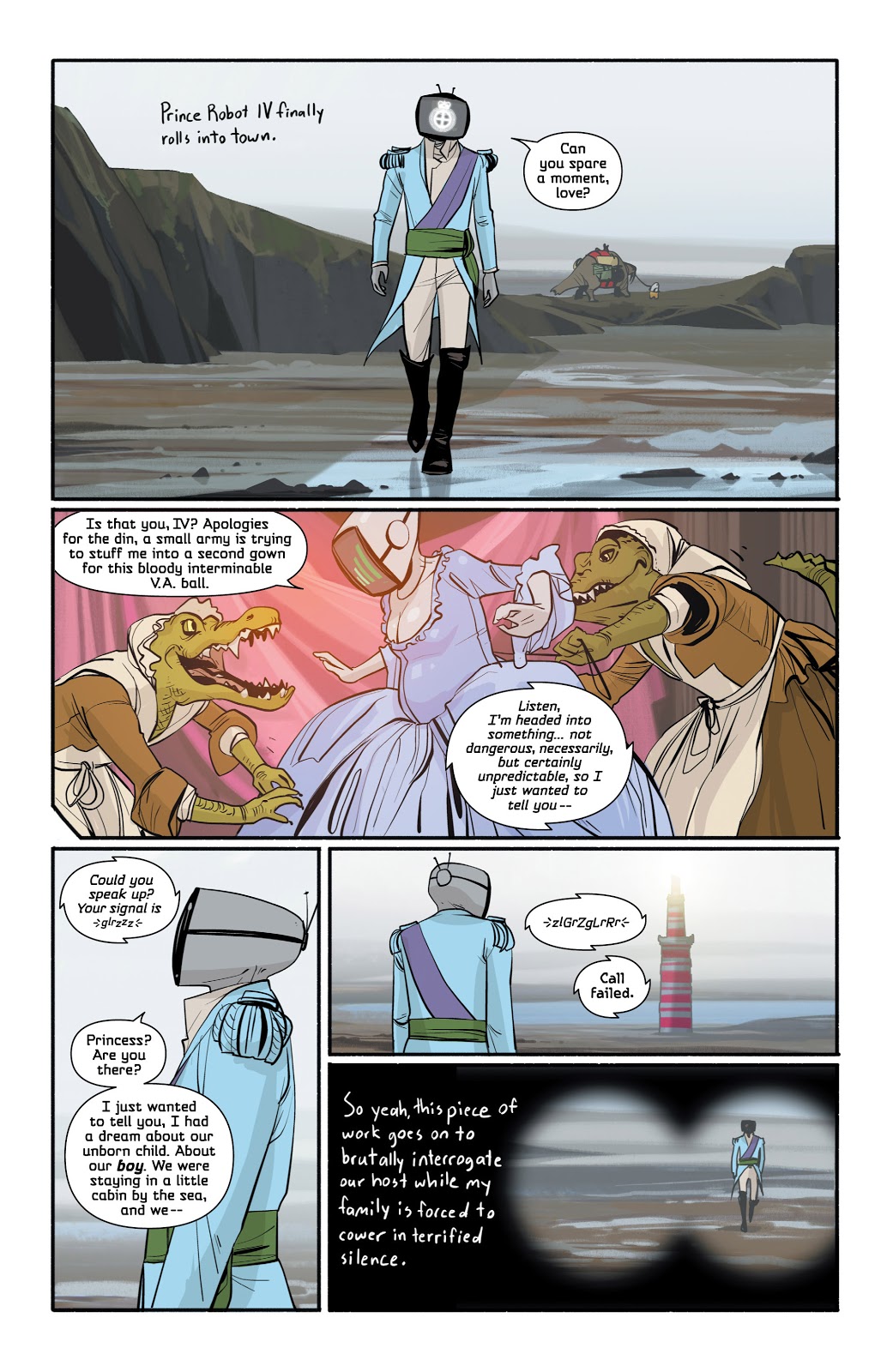 To this point we have been introduced to the following (among others): a woman with wings, Alana; a man with prominent horns, Marko; their precocious daughter, Hazel, sometimes narrator of the series; Prince Robot IV, a form of life with a giant TV monitor in place of a head, and able to morph other body parts; the Will, a remorseless tracker and galactic bounty hunter, yet with a conscience prompting him to rescue a young girl Sophie, formerly employed as a sex slave; an older woman able to weave magical spells; the half-formed ghost of a young girl able to bond with Hazel; Gwendolyn, at one time Marko’s fiancee and the Cyclopean and curmudgeonly novelist D. Oswald Heist.

Not all of them survive until the ending of this volume, but the sheer imaginative variety of this cast supplies adequate proof alone that Saga is a graphic novel worth your time. Only major characters have been listed, by the way, and there’s equal imagination applied to what are in essence throwaways. More for visual emphasis than anything else, there’s a talking seal farming using a walking walrus as his beast of burden.

More substantially, this volume introduces Upsher and Doff, respectively tabloid journalist and photographer investigating rumours that enemy combatants in the centuries old war have begun a relationship. Quite apart from Alana and Marko wanting nothing more than to be left alone, there are others with a vested interest in keeping the relationship a secret. For a while that seems a possibility as they’re isolated on the aptly named planet Quietus leading a relatively idyllic life. Of course, nothing last forever.

Anyone who’s followed Saga over the previous volumes will have an expectation of quality soap opera spliced with shocking surprises, and that’s what they’ll receive. Fiona Staples continues to supply brightly coloured art indicative of the shiny alien cultures playing out, and her characterisation continues to impress.

Saga Book One combines this with the previous two books in one hardback volume, and there’s a leap forward in time for voulme four.