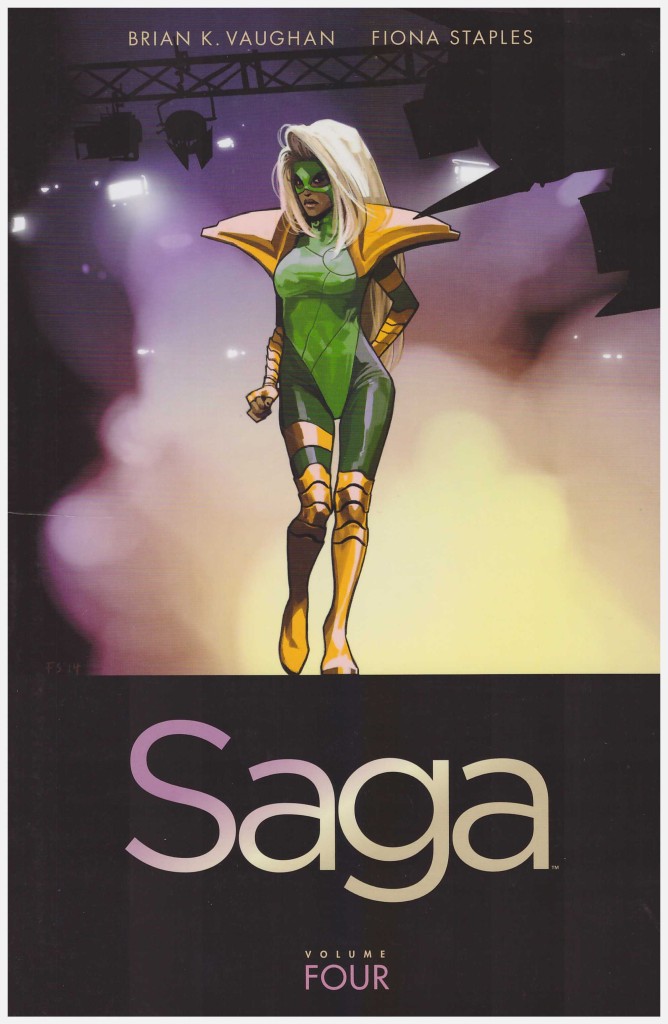 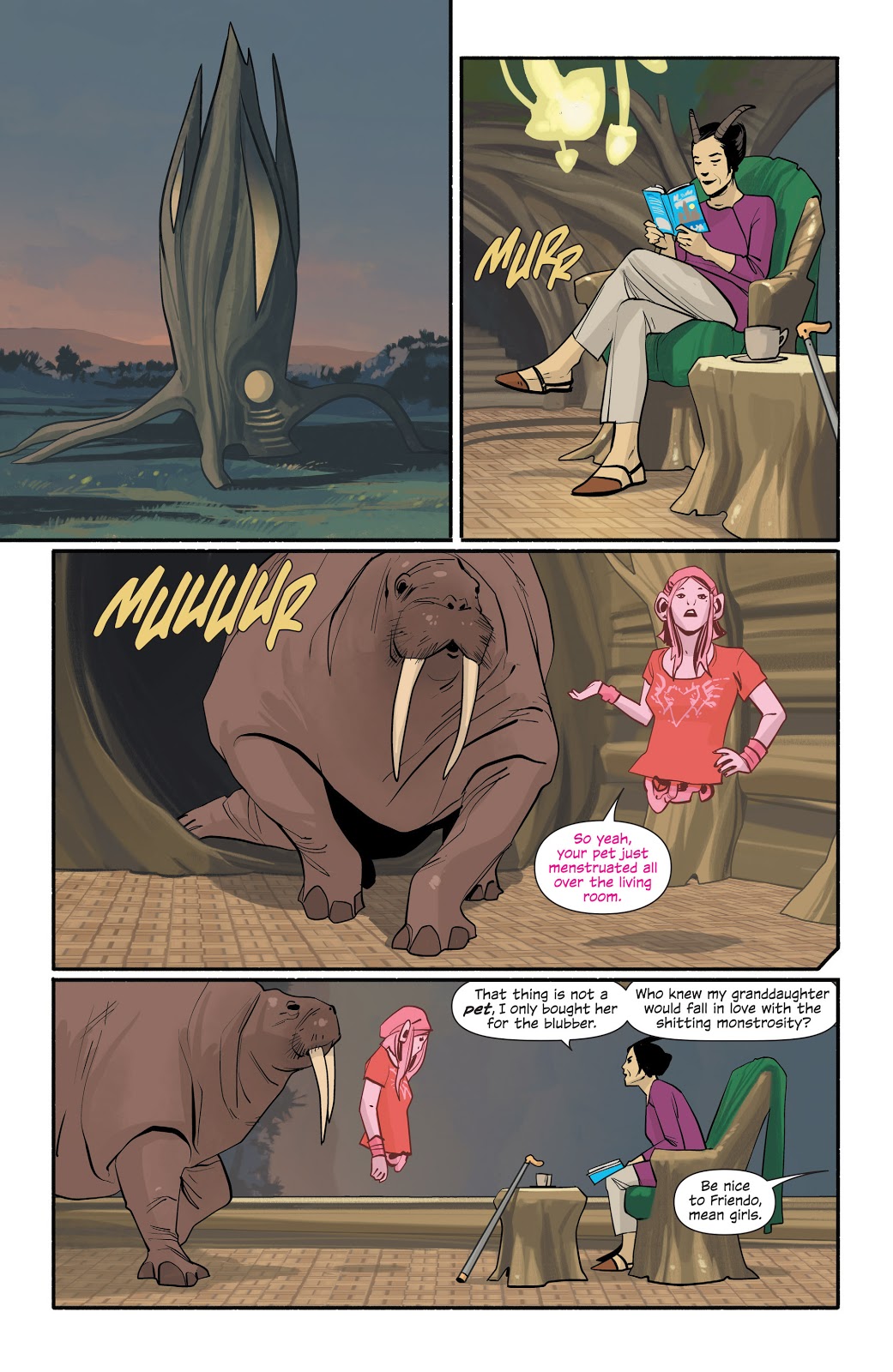 Alana, Marko and company enjoyed a brief interlude of comparative peace during volume three, ignorant of the considerable turmoil occurring related to them in the higher echelons elsewhere. The sojourn ended as they were tracked to Quietus. After events there, a rapid departure was in order and the lead characters have decamped to Gardenia. Vaughan is adept at indicating the passage of time via Hazel’s growth. Her birth opened the series, and she’s now two or so, meaning her parents have achieved quite the feat in evading capture.

There’s a second birth in this volume, quite the oddity, and it brings into focus themes of care and cultivation. Alana and Marko follow their course primarily for Hazel’s sake, and while she motivates much of the plot, beyond the odd portentous narration in hindsight, as she’s in her infancy she’s a cipher.

Alana is earning a living acting in a superhero soap opera broadcast holographically, not a career she particularly enjoys. As noted, it may have been a dream job, but it’s still a job, and one with access to methods that take the edge of the worst moments. That’s always a mistake, no matter how alluring it may appear at the time.

Whether instituted by Vaughan or artist Fiona Staples, there’s an interesting progressive design for the race with TV monitors for heads, followed through to a hilarious conclusion as the King is introduced.

There are some volcanic events in this volume, but the gradual integration of the cast in unusual ways leads to wondering whether Brian K. Vaughan has any conclusion in mind. Unlike his previous long runs on Y: The Last Man and Ex-Machina, there appears no greater purpose to the lead characters than to avoid capture. Vaughan has clarified that, however influenced by Star Wars it may be, this is no tale of seemingly ordinary people re-shaping a galaxy, so is there a greater purpose here? Hazel’s narration suggests the possibility.

This can also be purchased along with volume five and six, combined in hardback as Saga Book Two.