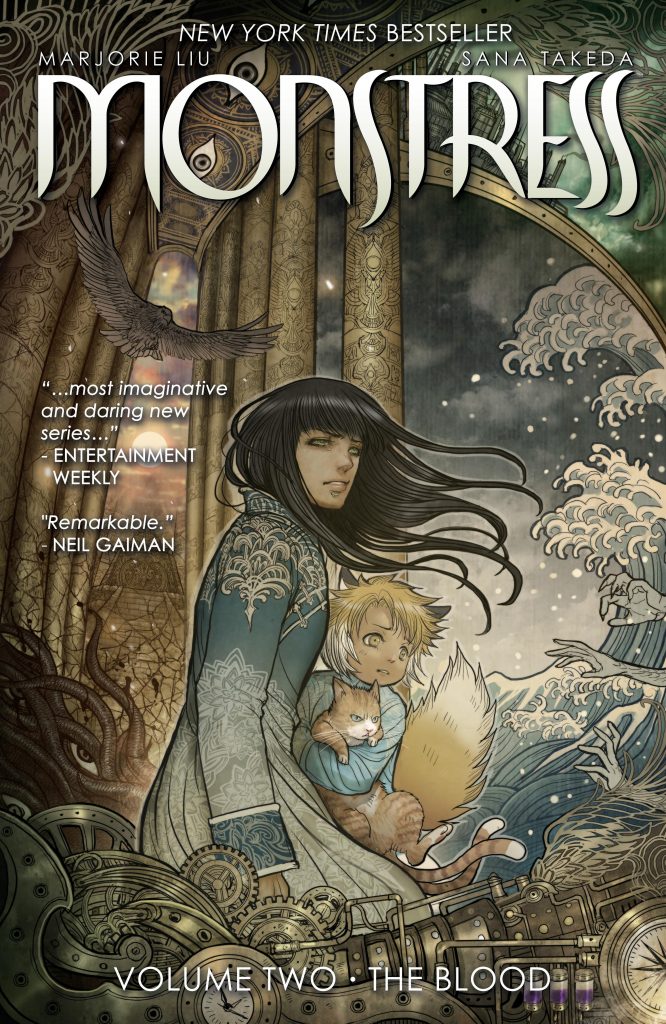 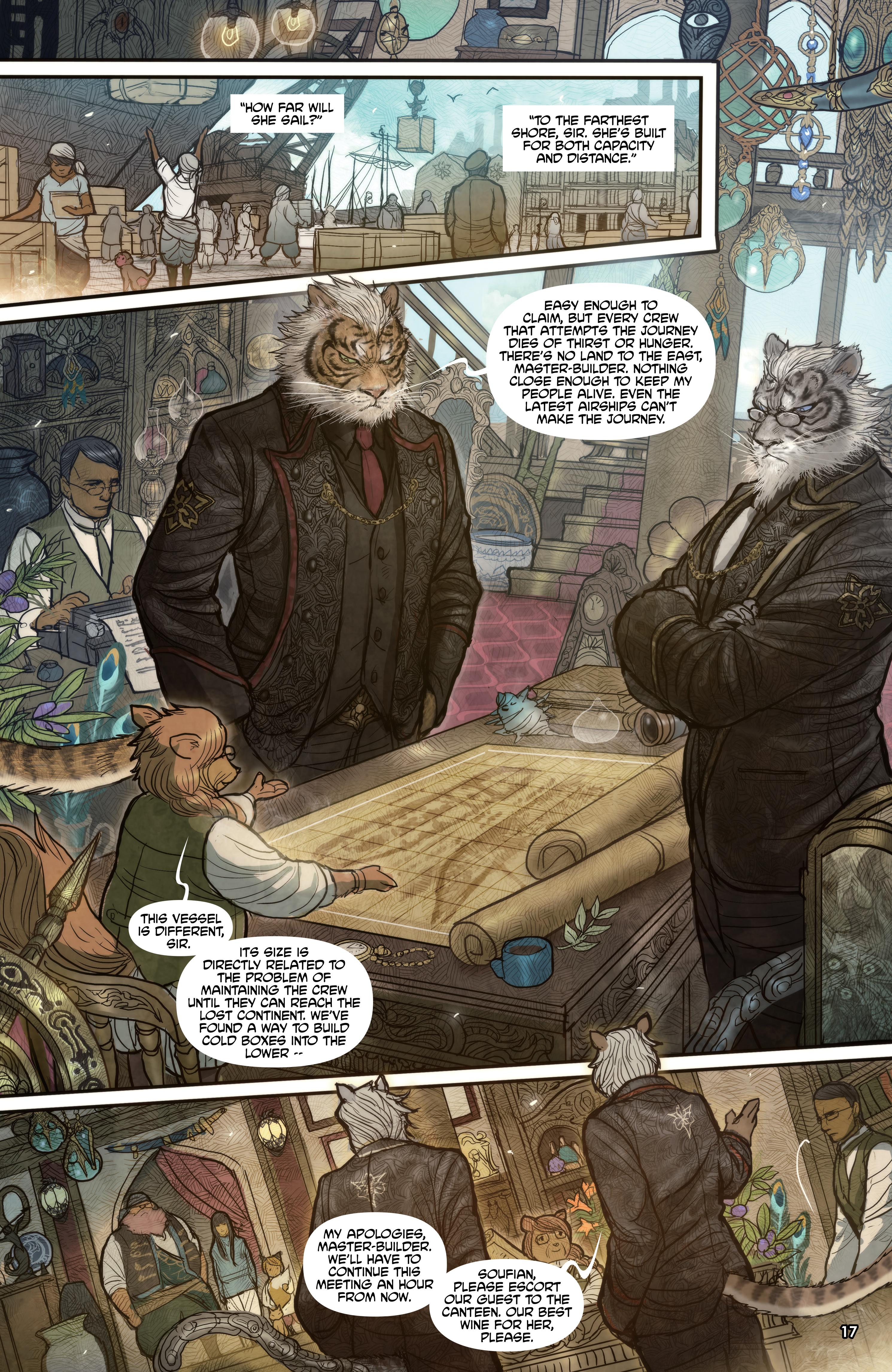 The Blood has a lot to live up to. Awakening was an stunning slab of horror fantasy, introducing a fully realised world, subsequently explored to some degree. There’s been a very delicate balance of peace between two races, enforced by fear of a terrifying weapon causing untold slaughter concluding a previous battle. This weapon exists, except it’s not under state control. It’s a demon trapped in the body of seventeen year old Maika Halfwolf, but which can occasionally be let loose. Neither party is ecstatic about the arrangement.

Maika’s knows of her dead mother’s heritage, and much of The Blood concerns Maika attempting to learn what her mother knew, and the significance of the artefacts she possessed. In several elsewheres Maika’s existence and secret is now known, providing some very powerful people with a vested interest in tracking her down.

That Marjorie Liu isn’t just making this up as she goes along, which is the suspicion regarding some fantasy series with quests paramount, is proved by the pages splicing the chapters. Each offers detailed background information of people, places or cultures, indicating Liu’s construction of an entire world, one being disclosed in small increments. This isn’t via exclusive focus on Maika. We see much of what she experiences, but also learn the plotting of others, and the dangers she’ll have to face. In this the pacing more resembles a novel than a comic, and this is accentuated by the attention to character. Everyone presented is flawed in some fashion, from the heroic archetypes on down, and everyone has their price and their weakness, although Maika being fuelled by resentment makes her the most one-dimensional character to date, which is problematical as so much leads to and from her. To this Liu adds consistently imaginative situations, but far fewer puzzles characterise The Blood, and the wonder of disorientation accompanying the opening volume is absent.

In places the writing is very impressive, yet Sana Takeda’s art is possibly more so for mixing Manga stylings with a painterly approach to create unique looking pages. The plot moves along at a fair pace, but take the time to be drawn in by the ornate detail of her work in the backgrounds, the fixtures and fittings, and the costumes. She’s far more impressive with character designs than previously, moving beyond the well drawn anthropomorphic creations known to any fantasy fan to intricately designed imaginative beings, more commonly associated with horror. This also applies to the abstractions featuring heavily toward the end of the book.

Maika almost unknowingly working at power levels beyond the imperious types plotting her downfall is a nice touch, but for all the trappings this bears a greater resemblance to traditional fantasy. There’s enough to intrigue, but not necessarily to compel, so it’s strange that the work in this collection won an Eisner Award, whereas the better prequel missed out. Haven is next.