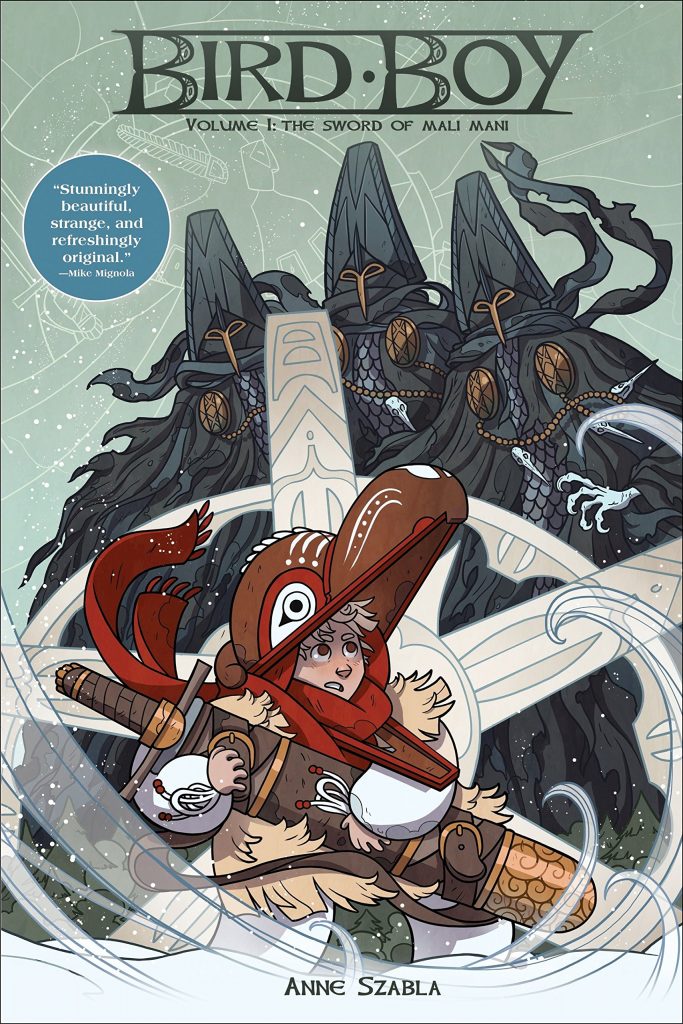 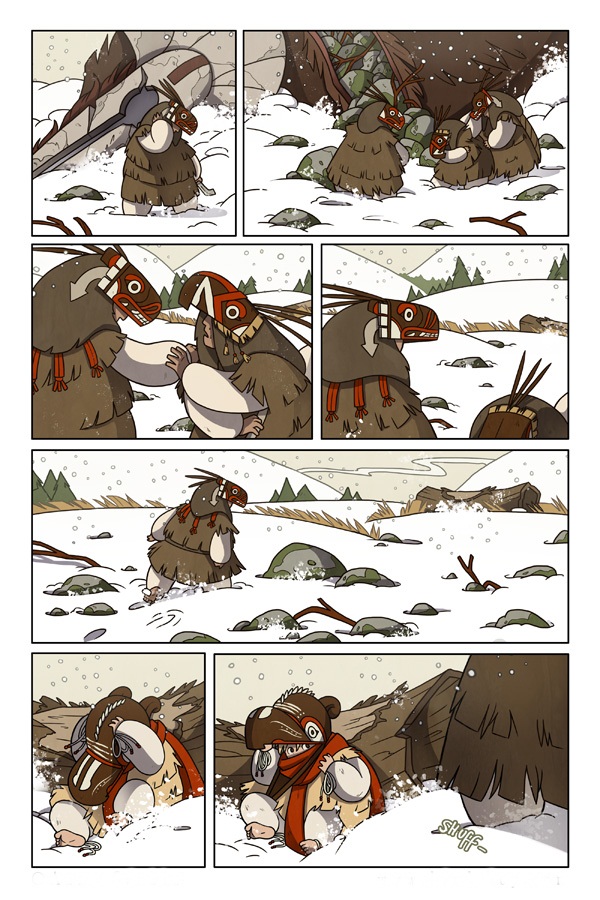 Anne Szabla’s distinctive design applies a beguiling strangeness to a simple and universal fantasy theme, the rite of passage. The opening pages lay out the myth of hero Mali Mani, who saved the Bird People from the Rook Men, but never returned from that final mission, and it’s explained over pages of designs that mesh Chinese elements with those from Native American culture and perhaps a little Mayan or Aztec thrown in. They hover on the edge of familiarity without ever revealing their origins.

The Bird People have survived and prospered in a harsh climate since Mali Mani’s heroics, but never venture into the forest where he disappeared and where the Rook Men still live. Bali is ten years old, an age enabling him to wear the distinctive bird costume of his people, but only to accompany a hunt, never to participate. He has the desires and curiosity of his age, without ever truly understanding the dangers he’s protected from, an appealing lead character around whom a world is constructed.

Szabla approaches her storytelling as an artist. Words are kept to a minimum, but she’s expressive enough to ensure that characters whose faces are largely hidden beneath masks have an emotional resonance. Bali’s small form plays off vast surroundings and the size of other people and creatures he interacts with, some suitably sinister, and almost all also hidden behind masks of some kind. The world Szabla designs is wonderfully complete, and she has an amazing sense of colour, reflecting the myth starting Bird Boy, telling of how the light was stolen from the world, yet not completely restored.

Bali being considered a hindrance only accelerates a desire to prove himself, and while luck plays a part in his survival, his adventures are thrilling and believable. This is a first rate all-ages graphic novel, all the more impressive for being a début, and it’s difficult to believe anyone’s going to read it without immediately wanting the next instalment in The Limnal Wood. 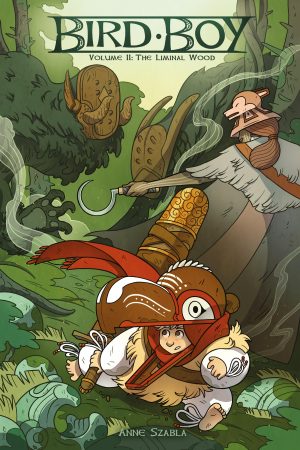 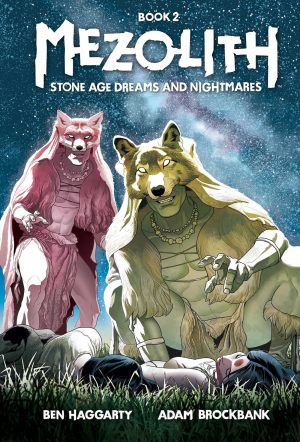