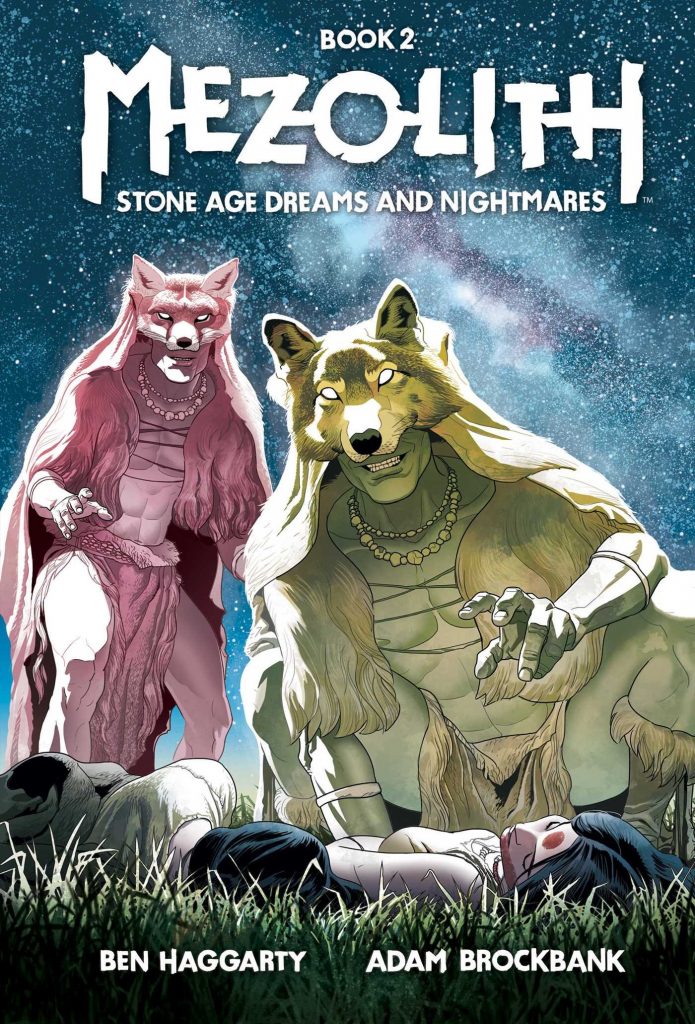 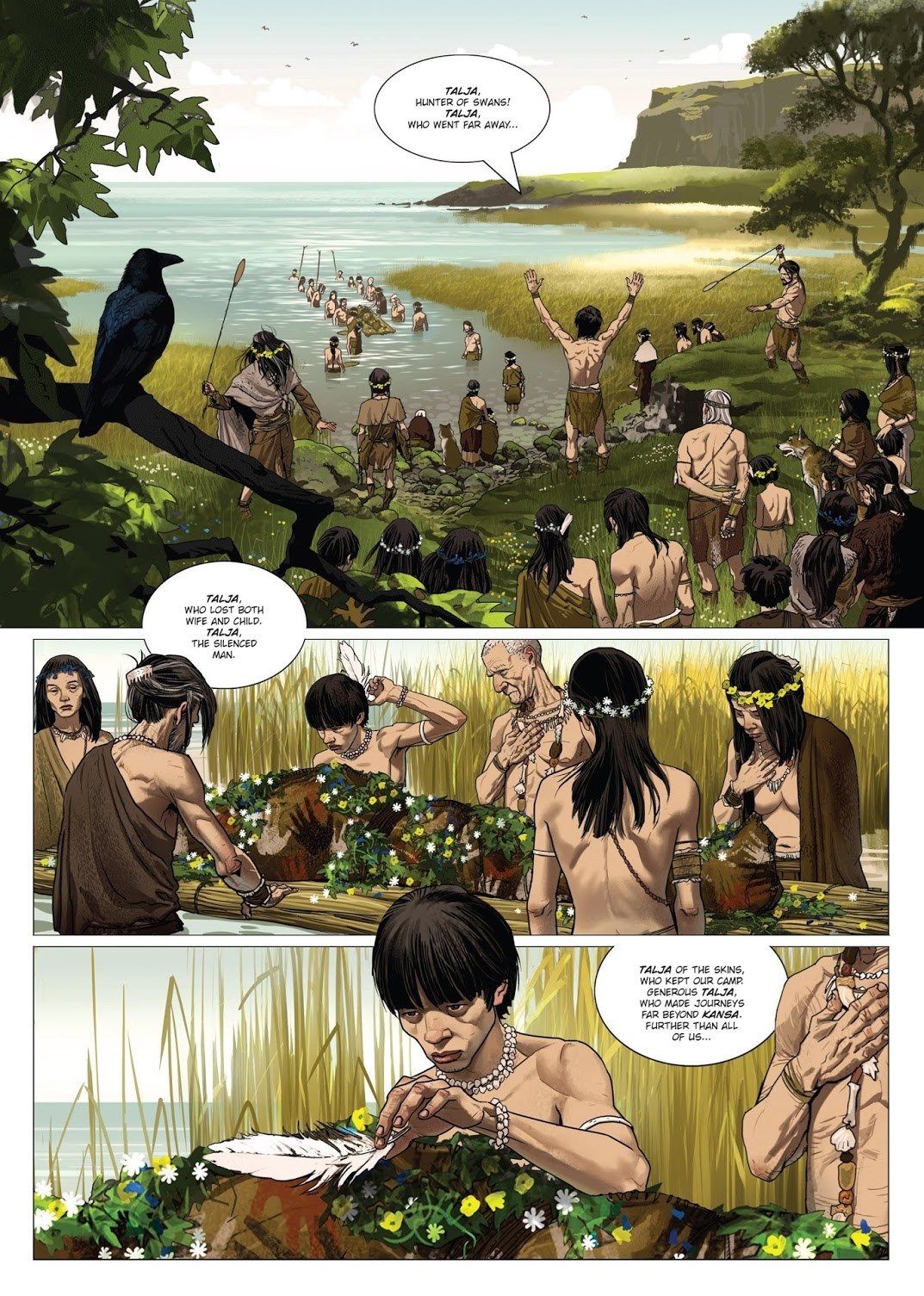 The first collection of Mezolith was a stunner, all the more so for being by a writer and an artist unknown to the comics world, although with vast experience telling stories and ensuring things look good. It’s encouraging to note that Ben Haggarty and Adam Brockbank don’t let their standards slip with this follow-up.

We return to the prehistoric tribe, with Poika now that bit older, and attempting to process what happened to his father in the previous volume. The format is the same, with a collection of stories, some of which build on previous material both here and in that previous book. However, the stories stand alone, even if there is additional sentimental significance to the appearance of a swan at a funeral for anyone who has read the first book.

As previously, Brockbank’s work is wonderful. An artist so used to working on science fiction, superhero and fantasy film concepts is also astonishingly good at conveying the natural world, be that something as a simple as a picturesque setting or the savagery of a threatened bear. It’s also noticeable that he’s aged Poika, who’s lost the wide eyed innocence of childhood, and is slightly taller with his features modified.

Haggarty’s tales are wonderful. His website details his life as a storyteller, and while his stories here are simple, they’re invested with a warmth and humanity, so whether they’re morality fables or straightforward adventures they possess an emotional hook. There’s such variety, and some real craft invested in making the stories appear timeless, which is helped by Haggarty having built Mezolith as a series able to incorporate pretty much any genre set in the past. One story begins with two girls who consider themselves so beautiful they can be selective about their husbands and not have to invest any effort into learning traditional skills. It has quite the Enid Blyton tone of admonishment about it, and come-uppance is predictable, but the form that come-uppance takes is inventively wonderful. It’s also admirable that Haggarty ensures readers know how some stories end, even if the participants don’t.

In the manner of old myths, some of what Haggarty relates is quite horrible, and while Brockbank’s art is never gratuitously violent, the horrors of the stories are on display. Of necessity the tribe get their food when they can, and by today’s standards their methods are savage. There’s some fudging by Poika representing the disapproving voice of the future, which comes across as compromise to pre-empt criticism rather than the intended spiritual wisdom. There’s also rather the enigmatic ending. Poika has grown throughout the series of stories, learning in each, and by the final tale he’s ready to take the step into manhood.

Again, some content has a level of horror pitched a little too high for young children, so caution is advised.