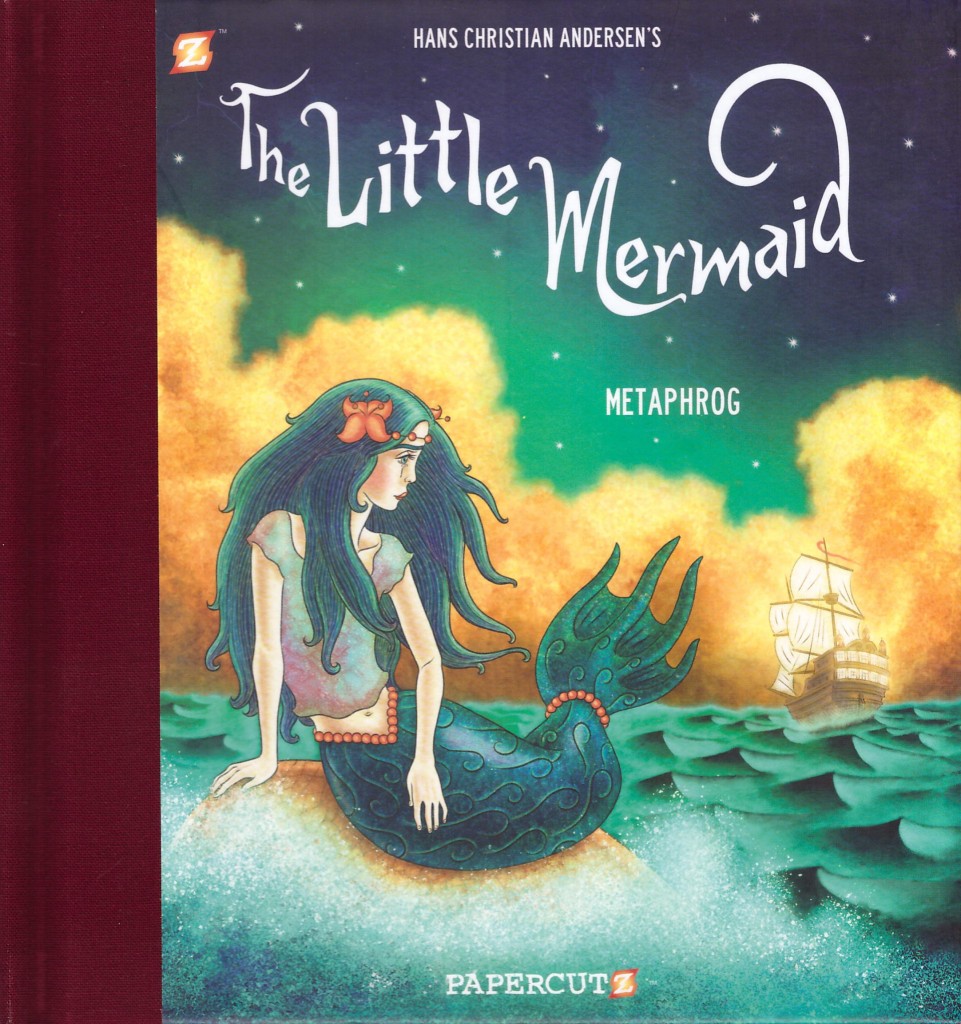 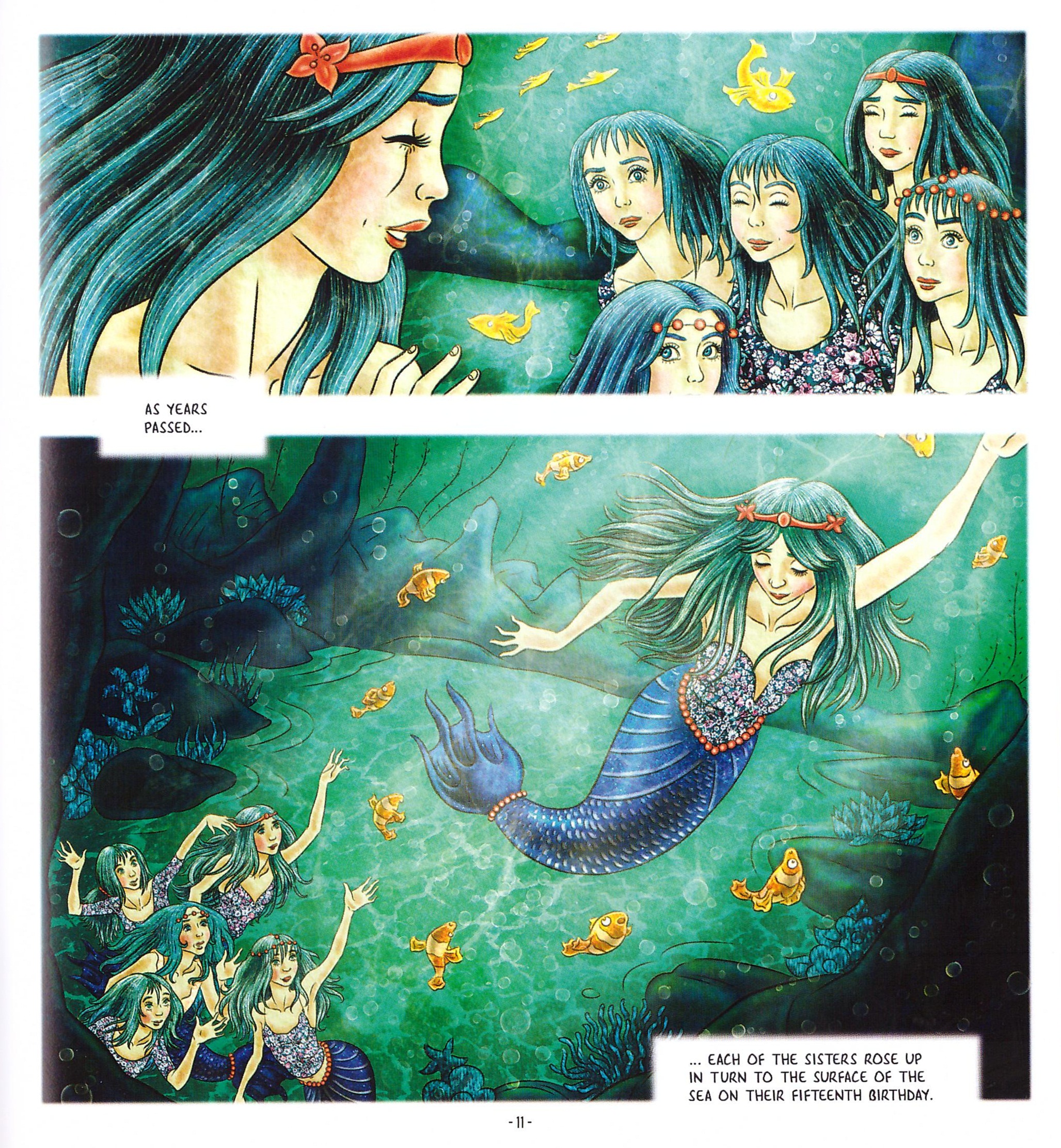 Metaphrog’s 2015 adaptation of The Red Shoes was both beautifully illustrated and memorably disturbing, and there’s no tinkering with a creatively successful formula. Don’t come here expecting the Disney version of Hans Christian Andersen’s fairy tale as there’s no crab chorus in this altogether darker experience.

The first thing that strikes is the colour. It’s bold, it’s vivid and very much removed from the traditional colouring found in graphic novels even today, resembling the allure and beauty of enamel jewellery or stained glass. This shimmering brightness very much contrasts the overall tone, which is one of melancholy, sacrifice and tragedy.

The never named little mermaid lives beneath the sea with her five older sisters, all told from an early age that they’ll only be permitted to break the surface of the sea when fifteen. Her longing is well conveyed, and becomes another of the book’s themes as her desires are her motivation. On her first trip from the depths the little mermaid sees a passenger ship, and gazing through a porthole watches a young prince dance with people for hours. She’s smitten, and everything that follows is prompted by this chance encounter.

Metaphrog’s adaptation is faithful to Andersen’s work, avoiding the sanitised and upbeat presentations more commonly found. The faithfulness allows for one deliberate exception. Andersen’s original story concluded with a religious ending intended in the spirit of the times to mitigate the sadness of what preceded it, but the ending presented here is far more ambiguous and more in keeping with the previously generated atmosphere.

Unlike a standard retelling of The Little Mermaid it’s difficult to isolate positive story elements, but that’s no criticism. There’s certainly no hokum along the lines of ensuring you never give up on your dreams. The romantic linking of love and sacrifice is exaggerated, and the other message comes across as a necessity to sacrifice everything for what you want, and you may not achieve your desires anyway. Perhaps the empowering aspect is the mermaid being true to her own path and never wavering.

This is bleak and beautiful, and thoroughly recommended, although perhaps not for today’s more closeted young children as it’ll be upsetting.