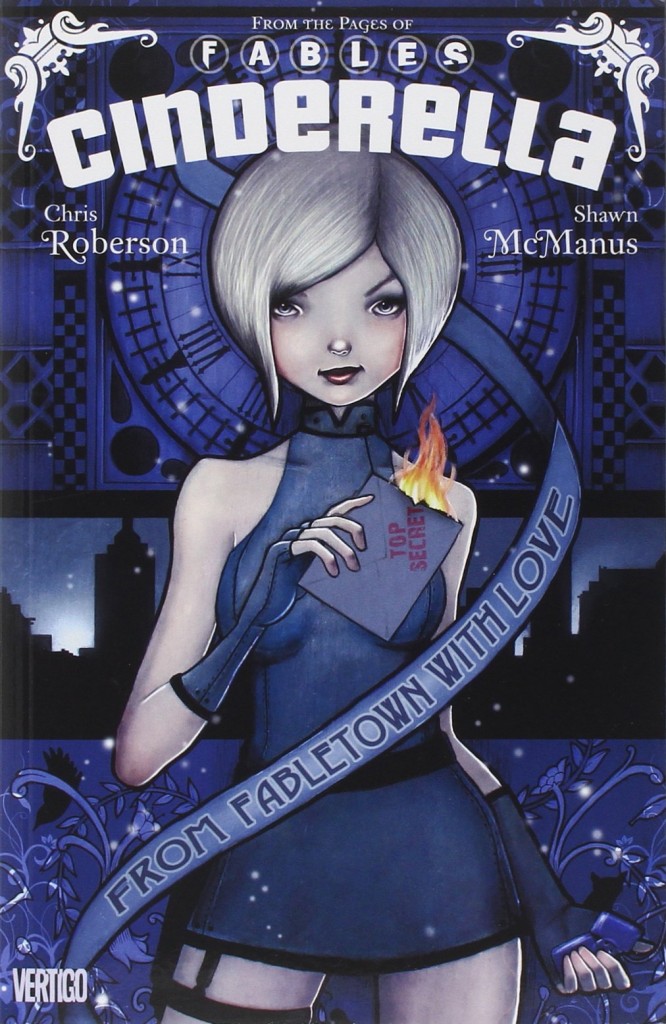 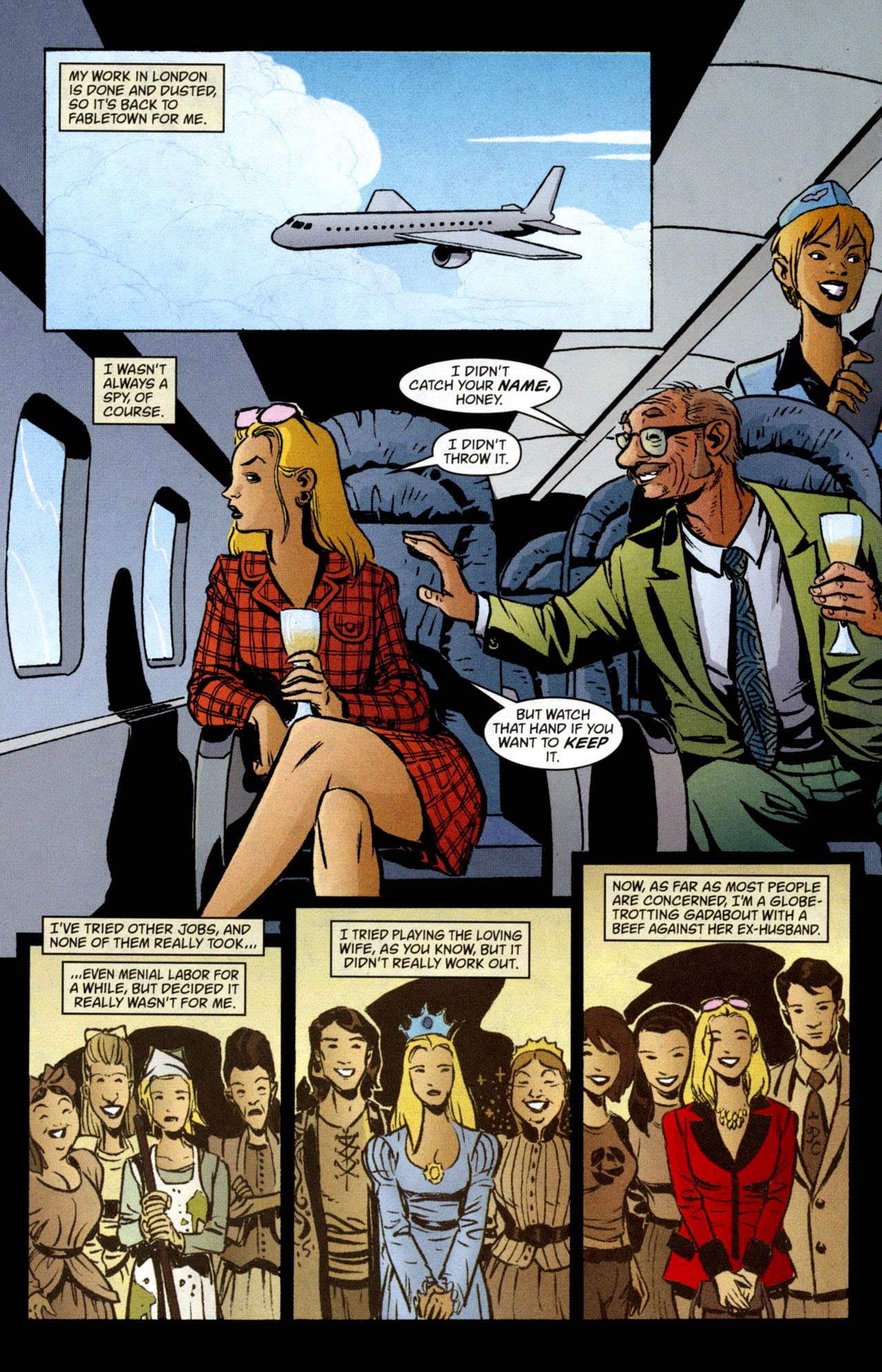 In common with all the other familiar names from fairy tales, Cinderella was given a character makeover within the pages of Fables. Her role is as a spy, carrying out missions on behalf of the Fabletown community across the globe, but a neat twist is that only the city’s administrative elite is aware of her capabilities. To the remainder she’s an airhead.

A necessity of the Fables maintaining a concealed existence on Earth is that any magical objects aren’t dispersed among normal humans, yet that’s now occurring somewhere in Dubai. Cinderella hooks up with Aladdin, a fairy tale standby not used in the regular Fables series, to investigate the hows and whys.

Adaptability has always been one of Shawn McManus’ strong points, and he sails through the assorted environments required for this story, delivering each with charm and elegance. His splash pages are glorious and his cast glamorous.

Chris Roberson’s plot cleverly offers a few nods to the James Bond template without slavishly imitating it. Before departing Fabletown, for instance, Cinderella visits an old witch to be kitted out with magical devices that help her missions. From there he constructs a good romcom “will they or won’t they” scenario between Cinderella and Aladdin, splices her affairs with a sort of Sorcerer’s Apprentice crossed with The Red Shoes sub-plot, and delivers a surprising mastermind behind everything. It’s not until we reach the final pages that it’s revealed how clever Roberson has been, with Cinderella proving her resourcefulness by informing two people of the truth. From Fabletown with Love is a lot of fun, and isn’t that the point?