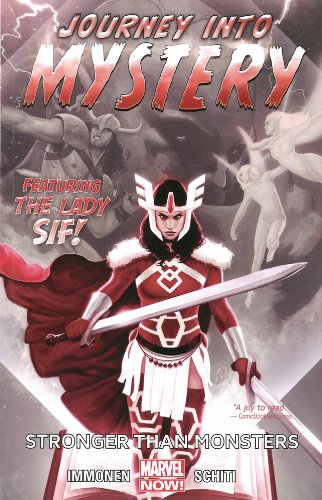 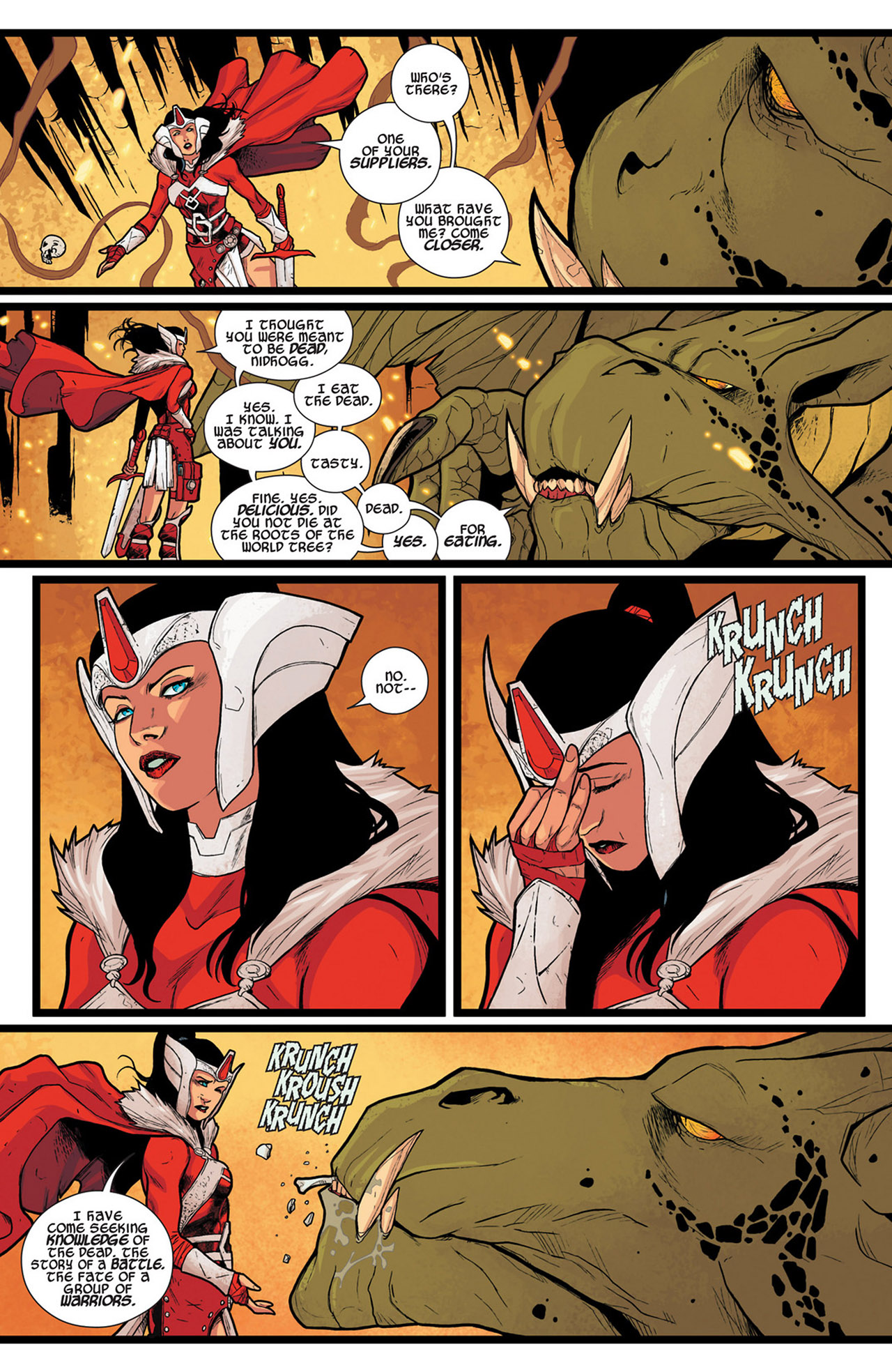 A long-overdue focus on the woman behind the Thunder God. Lady Sif stepped into the spotlight of the revived Journey Into Mystery title in 2012.

We open with Sif picking up the pieces after yet another disaster in Asgard, which is currently hovering perilously close above Broxton, Oklahoma. After rescuing the innocents, Sif confides to her friend Gudrun – Mrs. Volstagg – her weariness about constantly striving to repair the aftermath of such events, rather than possessing the power to avert them, and truly protect the realm. On a quest for such power, Sif dabbles with forces beyond her control, becoming a berserker so vicious that Big Brother Heimdall has to send her ‘elsewhere’ for a time-out – and she discovers what happened, not only to previous berserkers, but also to the monsters they were sent to guard against in exile – which turns out to be a roster of the classic ‘Big-Panty-Monsters’ which inhabited the pages of Tales To Astonish, Strange Tales, Tales of Suspense, and, yes, Journey into Mystery back before the commencement of the Marvel Age!

Needless to say, doors once opened tend to stay open, and the classic monsters manage one more rampage across Marvel-Earth, involving a number of other heroes – Hellcat, Sub-Mariner, Spider-Man, whatever the hell Monica Rambeau’s calling herself this week – but the focus remains strongly on our heroine throughout, and in her first significant solo, she acquits herself well.

We’ve always known Sif as a formidable warrior, but that, and the fact that she’s warm for Thor’s form, are the only two character traits ever expressed in her long existence. Here, she’s given a chance to shine strategically, and scripter Kathryn Immonen finally establishes Sif not only as an Asgardian, but as a proud, caring and sympathetic one, devoted to the welfare of her realm on a deeper level than mere kneejerk patriotism or monarchical loyalty. Her friendship with the Volstaggs and their innumerable brood also provide grounding for the character. Previously, aside from her connection with Thor, Sif’s been presented as solitary, with even her alleged relationship with her brother Heimdall being nothing more than perfunctory. Now, we see her as part of a community, her kitchen-table chats with Gudrun bridging the gap between the warrior elite and the citizenry of Asgard.

Immonen also has a happy knack of establishing character in remarkably few panels, as Gudrun, in the ‘stereotypical’ role of wife and mother, nevertheless commands wisdom, authority and respect. Far from being a downtrodden  hausfrau, she stands up to Heimdall when he’s about to get it calamitously All Wrong, and the Guardian of Bifrost has the wisdom to back the hell down and listen to her!

Valerio Schiti’s art is, in the initial stages, deliberately homaging Walt Simonson’s heyday on the Thor series, giving the reader some reassuring evocation of one of the best periods in Asgardian comic history. As the series progresses, Schiti seems to feel the need to lean less on such devices, and it’s enjoyable to see him develop confidence in his own attractive and illustrative style, which needs no bolstering.

The series continues, and indeed concludes, with Seeds of Destruction. 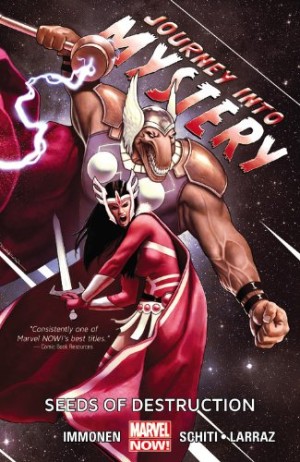