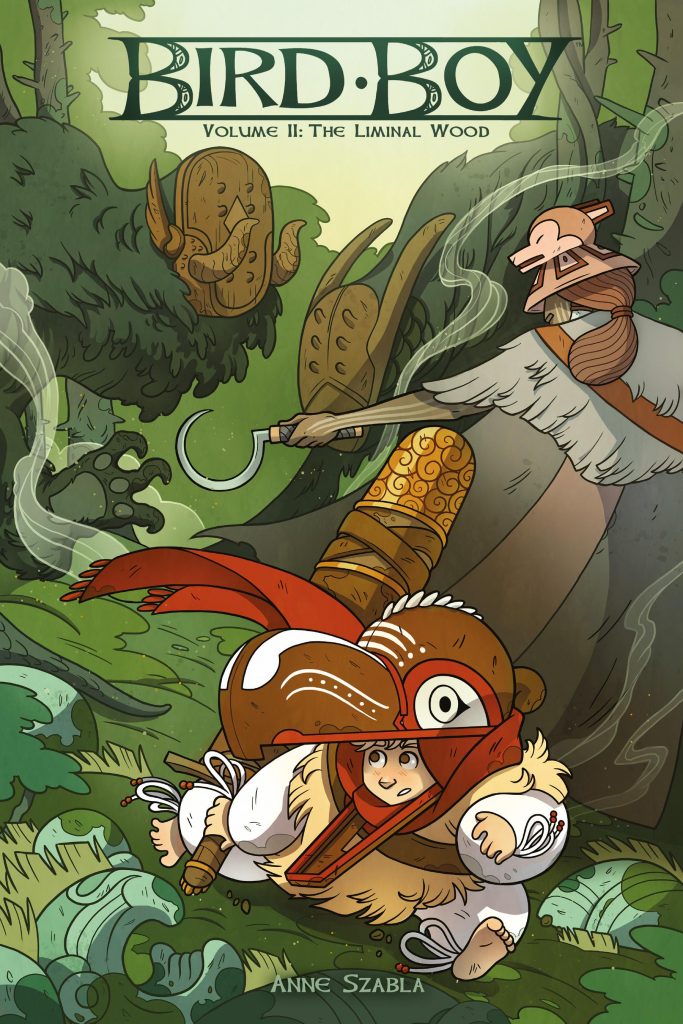 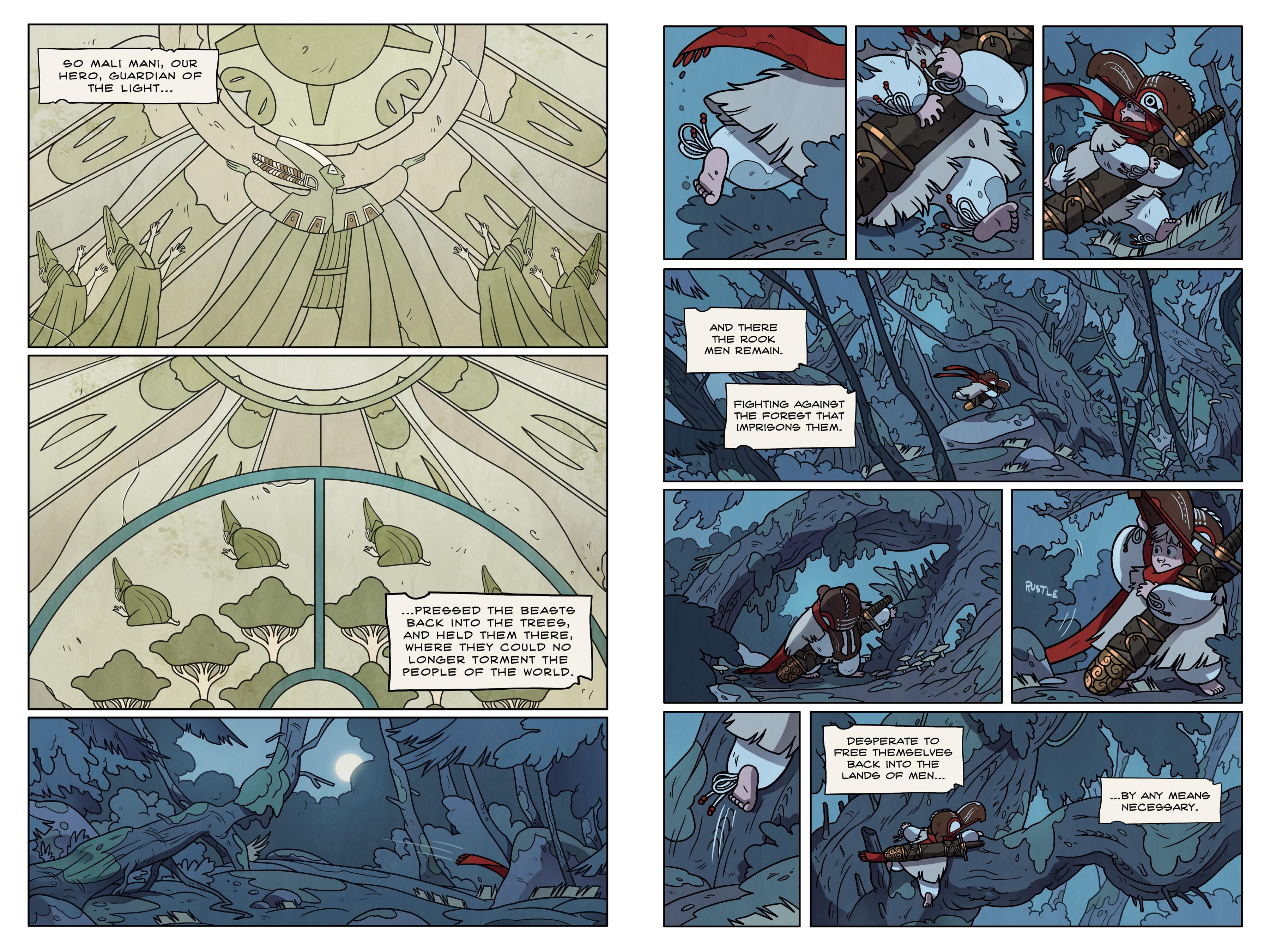 Bali is ten. Old enough to want to be considered among the adults of his community, yet physically unable to cope with starting the learning process. Despite this, he’s done what none of the Bird People have managed in generations. He’s entered the forest where the Rook Men are confined, confronted them and escaped with the sword of the legendary warrior Mali Mani, although as much through luck than design. The Liminal Wood opens with Bali in perilous and unknown forest territory having to keep his wits about him, yet without knowing the way back home.

Anne Szabla comes to graphic novels from a career in storyboards and illustration, which have imprinted a strong sense of why environments are important, and the locations she drops Bali into are stunning and beautiful. There’s more dialogue than was found in The Sword of Mali Mani, but it’s still fewer words than found in than a standard story as Bali copes with whatever’s thrown at him, remaining distinctive in the bird costume worn by his people. Also as before, chase sequences occupy a significant amount of the story pages, but without seeming like padding. Szabla’s scenery is so stunning, Bali in his costume so identifiable, and other designs a fascinating eerie blend of the strange and familiar, that there’s actually a desire to see longer chase sequences.

The importance of Mali Mani and what he achieved has been emphasised since the opening pages of the first book, and the more Bali talks with other people and creatures the more he learns about Mali Mani’s methods and legacy, and his own surroundings. Importantly, as in all coming of age stories, Bali learns more about himself, and what he’s able to accomplish on his own terms and in spite of his limitations.

Without the shock of the new, and because the plot barely moves forward, The Limnal Wood isn’t as impressive as The Sword of Mali Mani, but it’s still an extremely good all ages graphic novel, one that will catch the attention of adults and children alike. Anyone who can’t wait for the third volume is directed to Bird-Boy.com where Szabla is serialising it page by page before book publication.