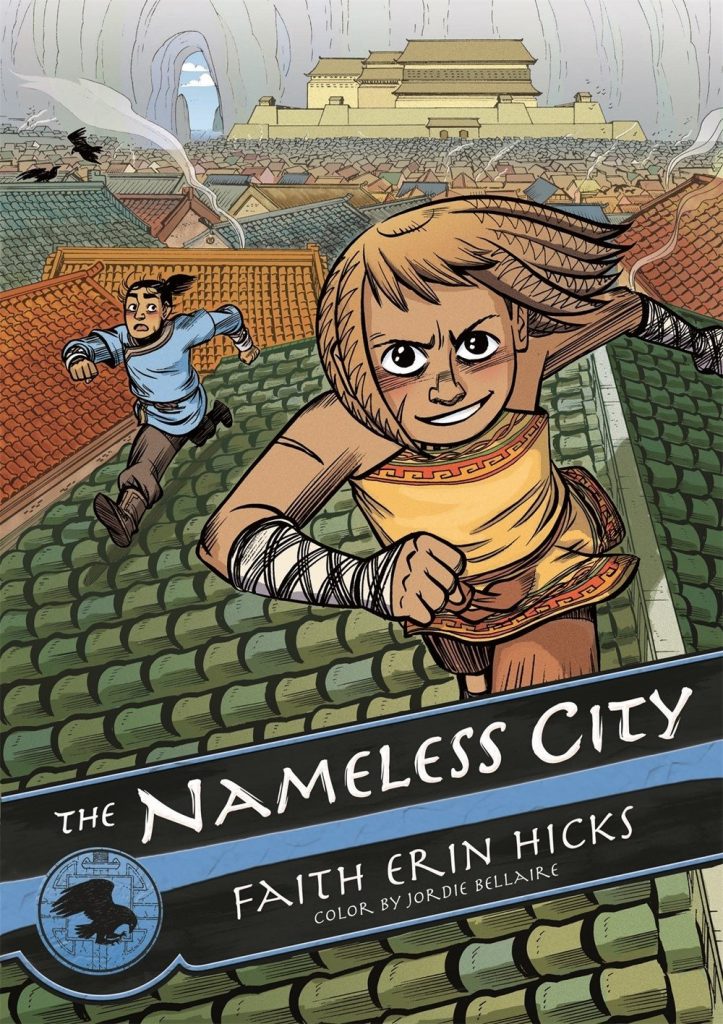 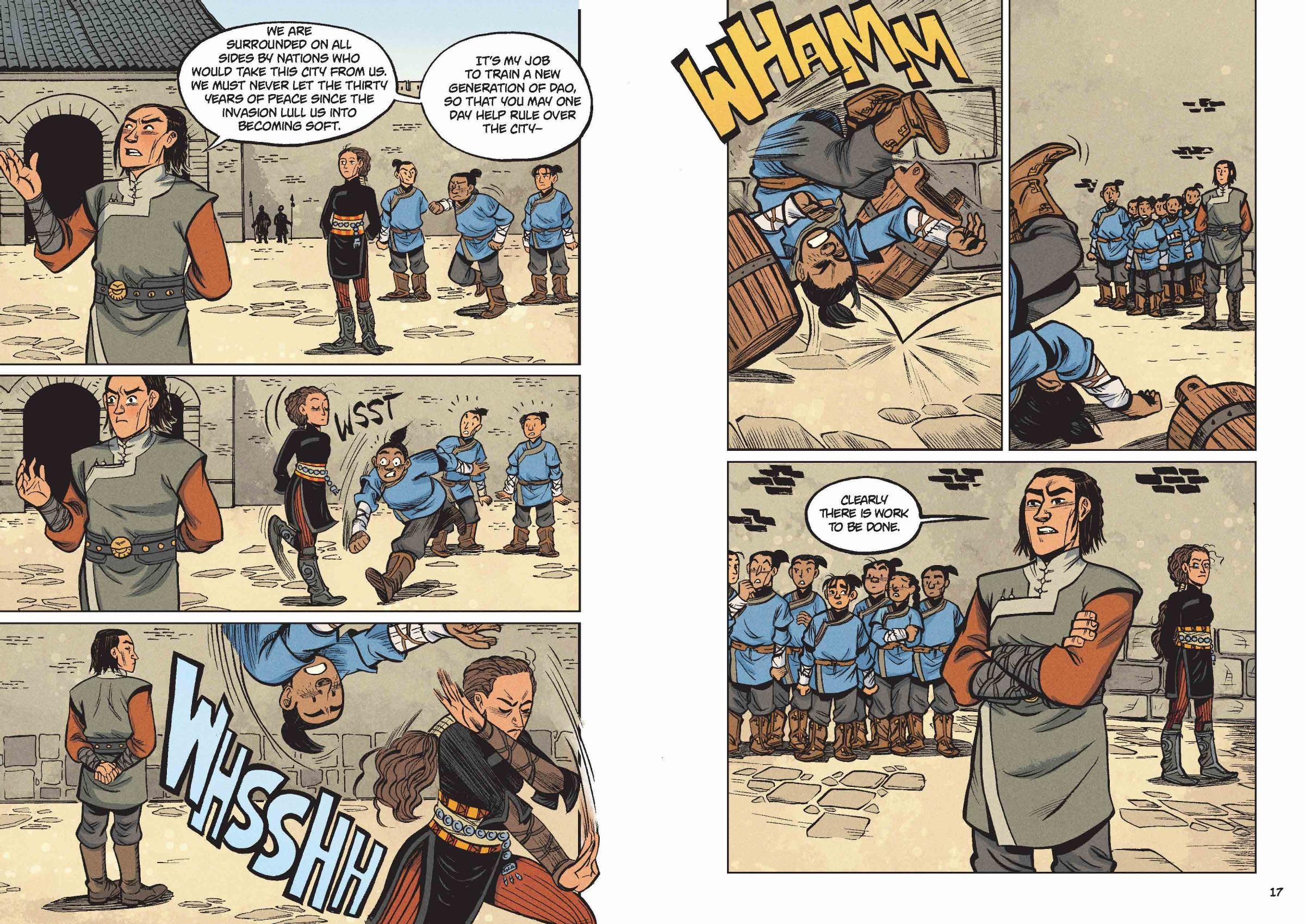 The Nameless City is in feudal China, and so known because every new ruler changes the name, while assorted groups still refer to it by previous names. A location between mountains and sea is desirable as there’s profit to be made from controlling trade, but the city has defenders, and the Dao are the way into the story, with new recruit Kaidu now old enough to travel from his village to be trained. Kaidu’s not ideal city defence material. He can think for himself and doesn’t lack courage, but he’d prefer to be reading. The saving of him is not meeting his previously unknown father, a city bigwig, but Rat, a local girl adept at using the city buildings, rooftops and fortifications as passages. In return for food, she’ll teach Kaidu to do the same.

Faith Erin Hicks incorporating the art of parkour into her story is a first for graphic novels, and it emphasises the sense of busy movement characterising The Nameless City. The art also defines the city excellently, displaying the poverty along with the grandeur, and one repeated view represents both the danger and the idyllic. It’s not difficult to draw a parallel between the Nameless City and Jerusalem, and while religious aspects are absent beyond monks playing a part, the constant political manoeuvring gradually dominates the background. Assorted people within the city are sure their method of progress is the correct path, some motivated by the good of all, others by personal power, and Kaidu eventually comes to have a pivotal role in a crisis.

The central relationship between Kaidu and Rat is carefully constructed, her personality narrow and mistrusting, his open and naive, and it’s what pulls the story along as she gives him a crash course in reality to contradict his idealism. With that friendship established early, and the vulnerabilities of both characters apparent, it’s impossible not to have an emotional investment in them. Not fully explored here, but intriguing, is the General of All Blades, wonderfully named as the city’s potentate, presented with wisdom and gravitas. Glimpses of other characters are brief, but they’re all defined, and importantly so are their attitudes to the Nameless City, and their feelings about what it ought to be. This is a very satisfying opening to a tale to be developed over three graphic novels, and The Stone Heart follows.