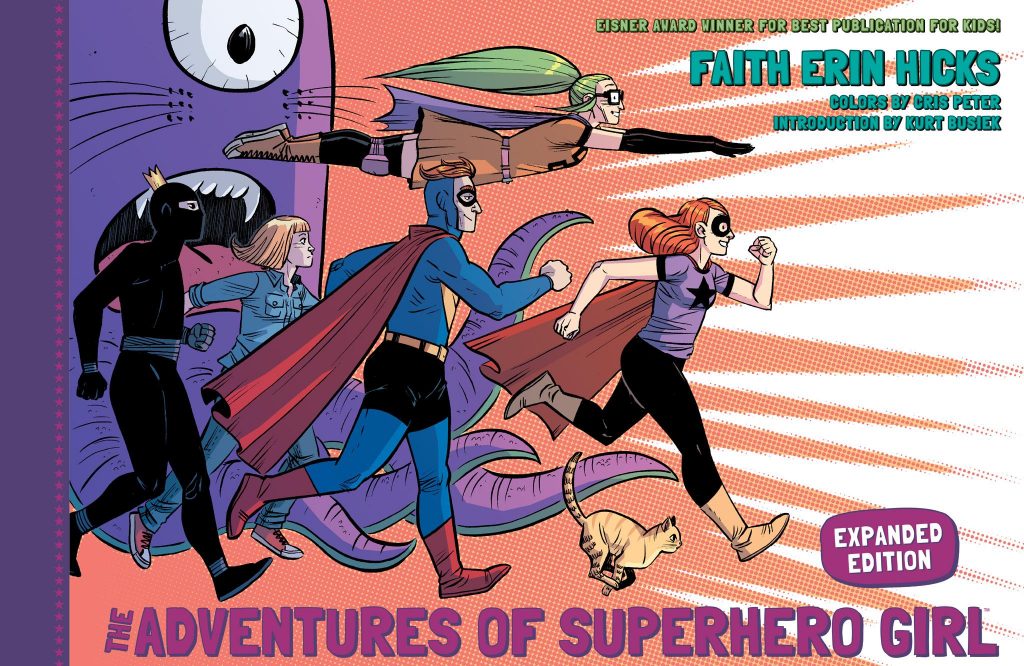 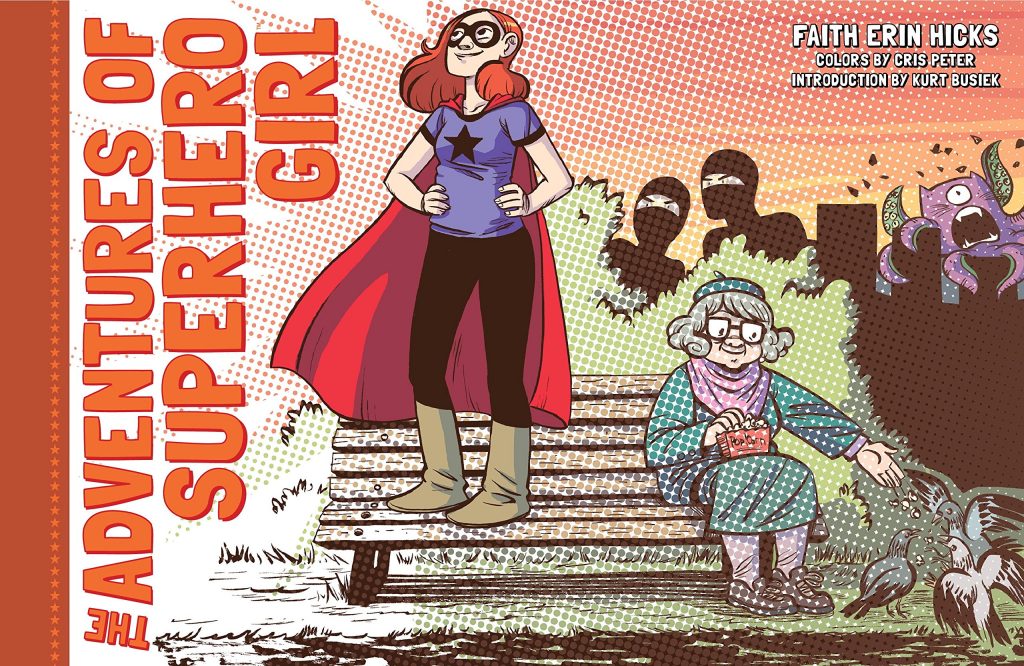 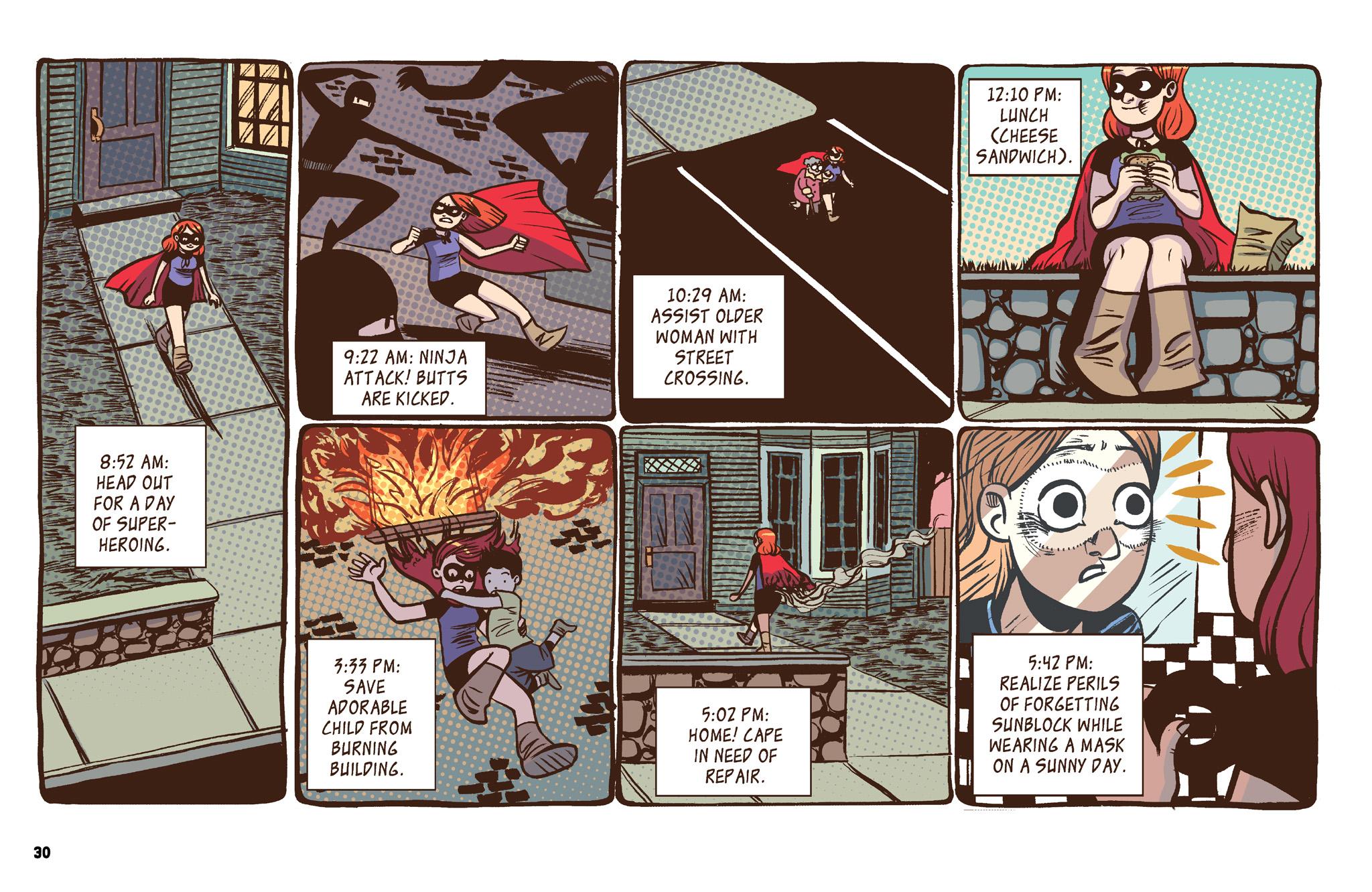 In his introduction to The Adventures of Superhero Girl Kurt Busiek uses the word ‘charming’ or derivatives several times, and it’s difficult not to follow his lead. Everything about the strip has a pleasant attraction. It should go without saying that Faith Erin Hicks’ expressive cartooning is wonderful, but her lead character, never named beyond Superhero Girl, is loveable, her observations are to be cherished, and the gags are beautifully composed.

It’s actually the latter aspect that’s least obvious, but time and again Hicks proves to have a comedy writer’s finely tuned sense of timing. It’s apparent early on with Hicks’ possible self-defence of Superhero Girl’s annoying critic, with his fixed opinions of what constitutes a superhero, but continues throughout this series of one page joke strips.

Superhero Girl has super powers roughly equal to those of Superman when he started out, so able to leap tall buildings in a single bound rather than fly, but with formidable strength. Such powers feed certain expectations regarding superheroes, but this is a gag strip defining what life is like for a superhero who doesn’t have an Avengers stipend to see them through the day to day expenses we all face. There was a government grant to begin with, but no-one pays a superhero to deal with giant tentacled cat monsters from outer space. Much of the content, therefore, is gags concerning how superhero girl keeps a roof over her head while also dealing with crime, so don’t pick this up expecting superhero satire. Hicks includes a few jokes along those lines (how does the little mask stay on Superhero Girl’s face?, and the difficulties of not tripping on roof ledges), but that’s not the main topic to which she applies her dry wit. This is a world where mind-controlling super villains turn up at parties, and super-villainy doesn’t take a day off when you’ve got the sniffles, but the priorities are finding a compatible room mate and being set up with a date. There is, however, a bear with a monocle and the Octogoggler.

Although every strip is an individual gag, continuing threads connect them, and you’ll have to be a curmudgeon of the first order not to love Superhero Girl. It won an Eisner Award, you know.